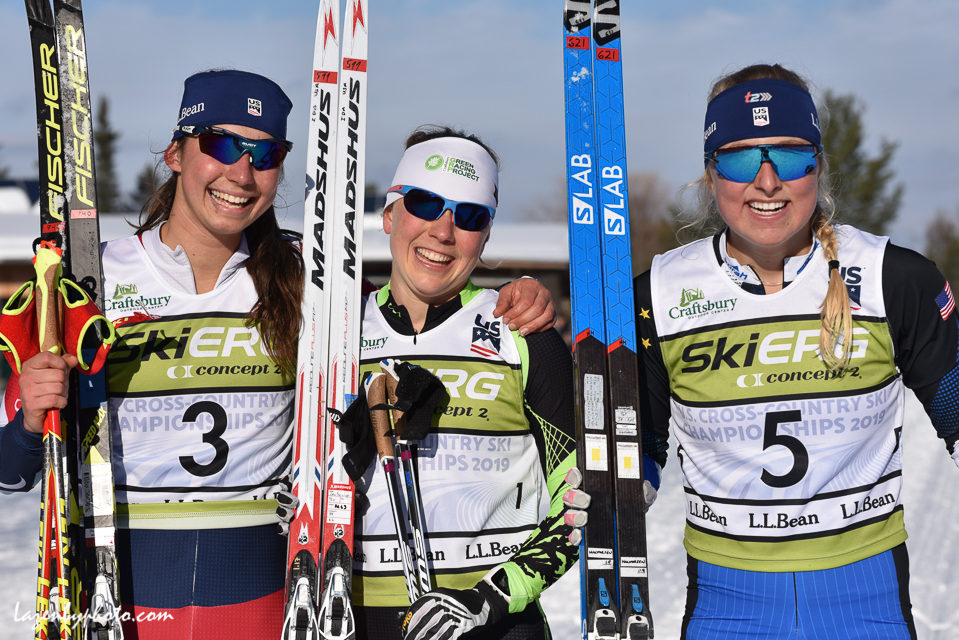 For many, there’s no place like home. Tucked into the Northeast Kingdom, the Craftsbury Outdoor Center takes pride first and foremost for making outdoor sport accessible to the region’s children. The icing on the cake is when one of those local kids goes big, skis on the World Cup, and comes home for a classic sprint national championship. 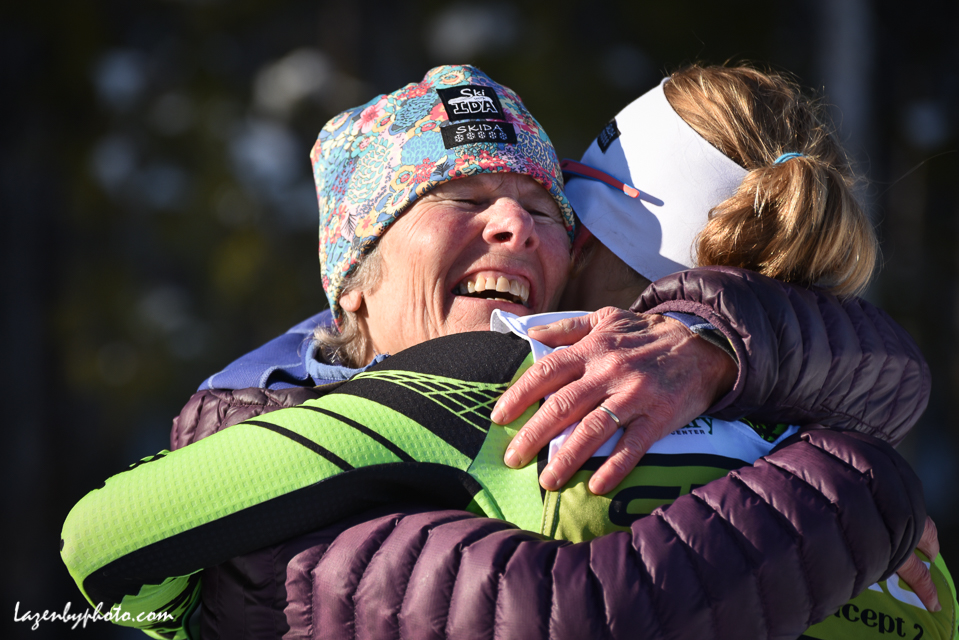 Although the in-between details are missing, that’s the short-version story of U.S. Ski Team (USST) and Craftsbury Green Racing Project (CGRP) skier Ida Sargent. On Friday, Sargent skied in front of friends and family to win the classic sprint title at the 2019 U.S. Cross-Country Ski Championships in Craftsbury, VT.

At an event like nationals, with World Championship starts on the line, nothing is cruiser. Yet Sargent showed poise and speed in her clean sweep from the qualifier through the A final. Sargent was the fastest qualifier in 3:51.30 minutes. Three laps of the course later, after her quarter, semi, and final, Sargent was able to ski the final in 3:43.55 minutes, nearly eight seconds faster than her first place qualifying time.

According to the International Ski Federation (FIS) database, this is Sargent’s first career national title.

“Today I just wanted to just stay out of trouble after a little bit of a pole incident yesterday,” Sargent told FasterSkier in Craftsbury. “So I just kind of tried to go hard from the beginning. It was fun having the younger girls pushing me towards the end. I felt really good all day today so it is kind of fun to have a good feeling and I just love racing here at home, it is my favorite. They do such an amazing job, there has been so much hard work by everyone at Craftsbury Outdoor Center. The whole staff, the groomers, the volunteers our GRP coaches and wax tech, Nick Brown. I think I just had all of that energy carrying me along the course today.”

In Thursday’s 10 k classic interval start, Sargent, despite breaking a pole, placed ninth overall. Sargent is a full-time World Cup athlete for the USST, but has taken time away from her European schedule to race U.S. nationals at home, and prepare for the the upcoming World Cup sprints. 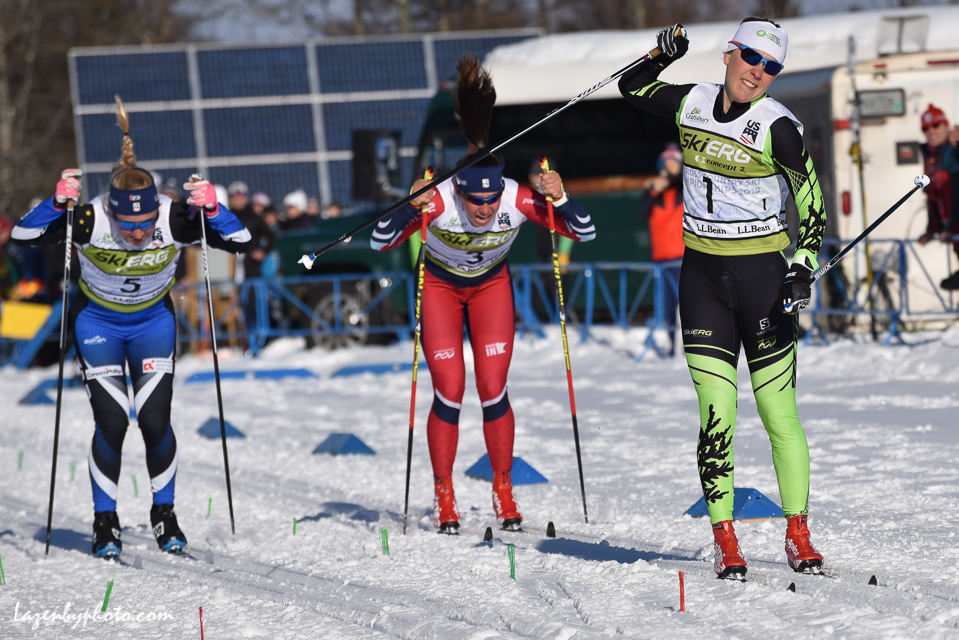 For Kern, the pre-nationals leader of the women’s SuperTour, this was her first senior U.S. national’s podium. (Kern placed third overall in the 2015 Houghton, MI., classic sprint qualifier.) Kern’s second place time in the final was 3:44.31.

Kern won both her quarter and semi-final on her way to finishing second overall.

“My quarter and semi I had pretty bad starts and I was in the back,” Kern said in Craftsbury. “Especially in the semi, I was in sixth going into the downhill — Hailey [Swirbul] and I got out of the tracks on the uphill and double poled by everyone to make the move because it was really hard to move around and get boxed out. I was feeling definitely nervous and a little tired. But when I go head to head I get excited and I push it and that gets me going.”

“I definitely learned some things throughout the heats,” Halvorsen said after the race. “In my semi I was in the far right lane and it was a little bit slower. I think that was a good thing though, because I learned for the final and I tucked in behind Julia in one of the center lanes. … I really enjoyed going head to head with Julia. Because we have been racing together for years and I have been waiting for a day when we can both be feeling great and we really just race together like that. I don’t think it can be more fun.” 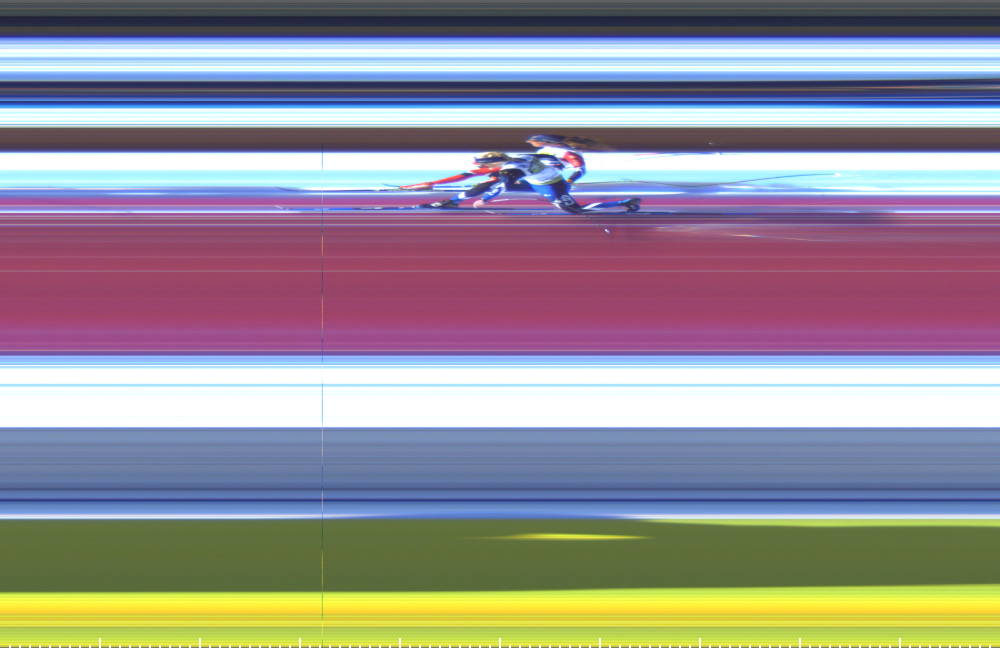 Saturday is a rest day at U.S. nationals with racing starting up again on Sunday with freestyle mass start races.