Vegard Ulvang at fifty six years old remains an icon in Norway. With Olympic and Championship medals, a World Cup Overall title in 1990, he’s in the lineage of Norwegian skiing royalty.

Away from the tracks, Ulvang began and then sold a profitable clothing company. He fills his time making documentaries and television features. He is also, as you’ll hear at the top of the interview, committed to living a life of exploration, calculated risk, and adventure. The South Pole, Northwest Passage, and monumental kite-skiing expeditions to Greenland have shaped his post-racing life.

Although in Norwegian, you can spot up and watch a three part docu-series on a recent kite skiing adventure here. 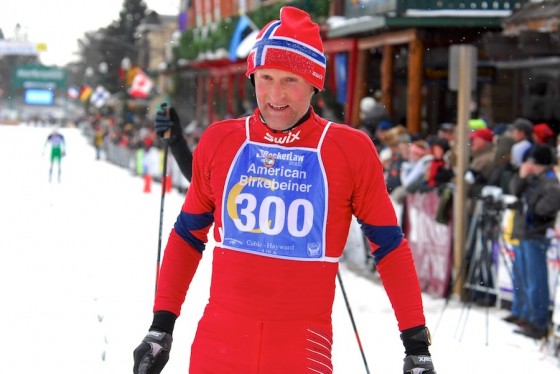 Ulvang is still connected to international sport as the chairman of the executive board of the International Ski Federation’s (FIS) cross-country committee. He’s been in this role since 2006. Coordinating the World Cup calendar, juggling race format changes, rule upgrades, and evolving wax protocols as government regulations come into play – they all filter through Ulvang. He is often quoted in Norwegian media when it looks for guidance on how to interpret the state of skiing today.