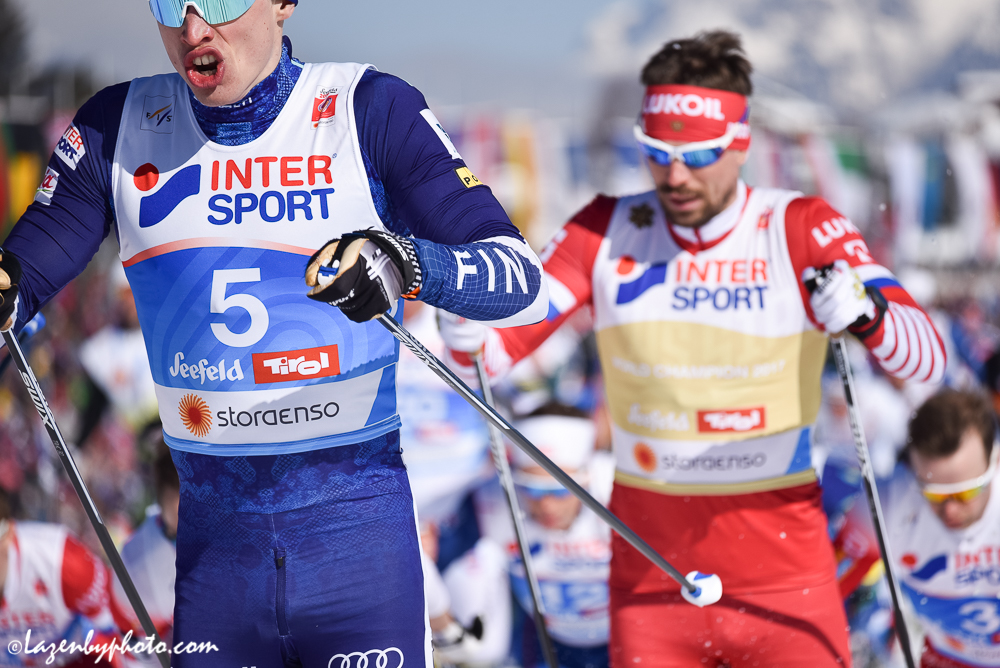 This Op-Ed comes from Chad Salmela, the commentator for World Cup nordic skiing and IBU Biathlon at NBC Sports. Salmela also coaches running at the The College of St, Scholasticia.

Saturday’s Men’s Skiathlon and Why I Think it Matters

I don’t have a blog and I didn’t get to call the race Saturday,  but I thought it was compelling on a couple levels. (Disclaimer: You may have figured all this out without me, so my apologies if this is all too obvious)

Level 1:  The lessons of Northug

Iivo Niskanen has clearly cracked the code on Klaebo that a generation of skiers never cracked on Petter Northug.  It took a tough-ass, gritty Finn to say enough is enough on hanging back and getting out-sprinted in long distance races.  Iivo re-wrote the modern playbook on mass start distance races in the 50k in Pyeong Chang and he was rewarded, after a long hard battle with Bolshunov, with the Gold.  Today, Iivo didn’t dink around waiting to be pummeled by the likes of Iversen or Klaebo after a promenade to the ski exchange, a few more laps of taking stock, then racing 3-5 km in earnest. He immediately got to work on the hard job of ski racing, and in so doing, reminded everyone in the field of their chosen profession, and that it isn’t pretty-boy flash if you don’t let it be.  In fact, it probably shouldn’t be, and the workhorses who were having a good enough day to keep the pace were rewarded with a chance at the gold, silver, and bronze. I LIKED that, even if Niskanen, the impetus of it all, was rewarded with the wooden medal. What I saw today was the old school grit of a long ski race against the clock, played out head to head. I found it gripping. From Iivo forcing everyone to get uncomfortable 4 minutes into the race, to the relatively slow final climb “move” by Sundby, this was a heck of a heavyweight bout!  Think those guys were fresh? Watch that final hill again. When was the last time we saw a “sprint” like that? PyeongChang 50k, that’s when. Thanks Iivo.

I tweeted something relatively implicit during the race like, Klaebo doesn’t have it as easy as Northug did.  I believe this to be true even if I confused a friend as to what I meant. Klaebo will live in the shadow cast by and in comparison to Northug. He can’t avoid it, it’s not his choice, and it’s inevitable.  So he’s got that to deal with. But worse for Klaebo, the mass start era under Northug was one in which real old school ski racing of grinding out 30 and 50 K’s against a clock—the grit that defined the sport for most of its history—was left behind for “modern” ski racing in which everyone cruised along eyeing each other up and down, then the field was baffled as to how to beat Petter in the last few km’s.  It became a formula that wasn’t getting challenged enough. Now, I’m not saying the others didn’t try hard enough. I’m just saying with hindsight of today’s 30k skiathlon and the Pyongyang Chang 50k, that the Northug mass start narrative has been challenged by the likes of Niskanen and Bolshunov, and it’s working. Sort of. Because Sundby and Harvey had to race Northug in the height of the invincible Northug narrative years, it’s not like they were asleep that whole time.  But I think they inherently sensed the risk of taking the bull by the horns in the manner Iivo did Saturday and in PyeongChang—you may do all or the lion’s share of the work of a long hard race and be left without the glory. But medals aren’t the only glory and Iivo’s 4th, and particularly Parisse’s 5th are glorious performances in my book, and they left a LOT of stars out of the race early with their test. 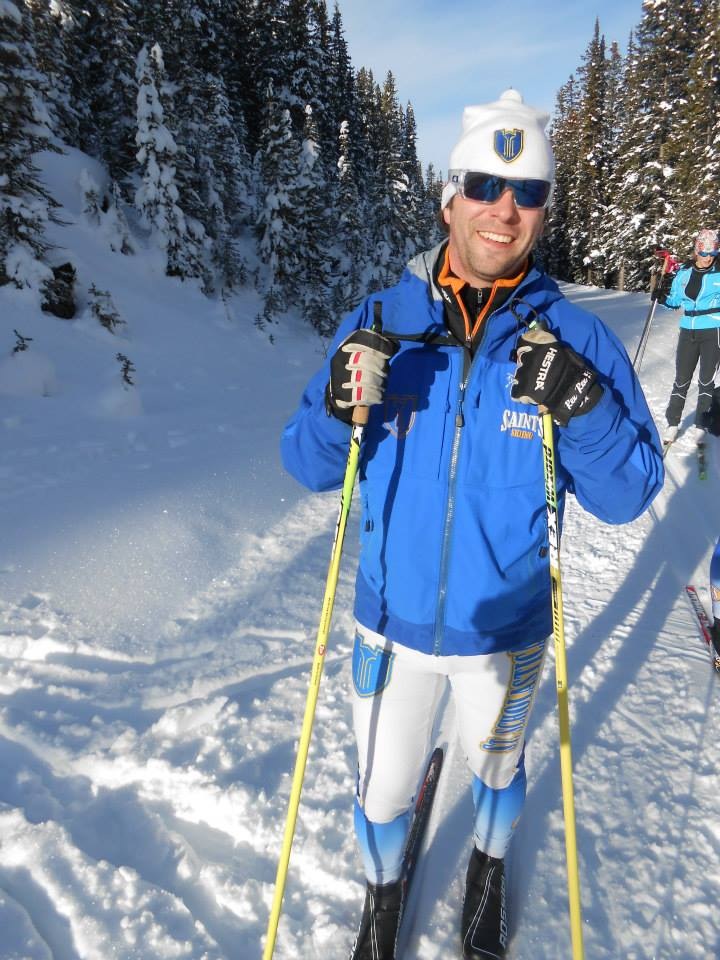 Back in his nordic coaching days. Chad Salmela, now, at 47, coaches running at The College of St, Scholasticia and is the commentator for World Cup nordic skiing and IBU Biathlon at NBC Sports. (Photo: Courtesy Chad Salmela)

Regardless, I don’t see Iivo changing and I think we have a new ball game.  I didn’t see Iivo eyeballing anyone or anything but the track in front of him most of the race.  And he only missed a medal by 12 seconds. After his digger in the feed zone at the start of lap 2, he trailed by 12.  Chew on that piece of cowhide a while before you decide it didn’t work…

Level 2:  Norway can cover all plays

If you avoid the Norwegian press’s calculated outrage of not starting the Olympic skiathlon champion Simen Hegstad Krüger, you see they had a brilliant line up based on what they have seen this winter from their boys.  They had two grinders—the two best this season, Sundby and Røthe—and two flashy sprinters who can hang in a Northug scenario—Iversen and Klaebo. They had a double shot at both types of races. You replace any of those with Krüger, you don’t play the odds like you can.  I love Krüger and it is a shame he didn’t get a start, but what I’m saying is, the Norwegian staff is frigging brilliant in the face of public outrage. Further, the personnel chosen, raced SMART! When it became an Iivo grind, how many times did you see Røthe or Sundby force the pace before it became a 3-man race for the medals?  Zero. That’s how many. (Take note Mussy. I want you to win one before I die.). Game, set, match. Gold and Bronze.