Here we are in late August, halfway between the start of the training year in early May and the beginning of the competition season in late November. Volume is the name of the game during the summer and at this time of year, it is not uncommon for top athletes to train 20 to 30 hours per week. Typically, the training logs prescribe athletes to head out on long runs, rides, and rollerskis at a relatively easy pace, but the week is also peppered with interval and strength training sessions.

In order to not only survive but also reap the benefits of this type of training, dialing in nutrition is imperative. In particular, matching the energy output with energy intake — read: eating a lot of food. How does one keep up with the energy demands of training at this level? Though he might be prescribing the training load, U.S. Ski Team coach Matt Whitcomb expressed the answer to this question is best left to someone who specializes in the field.

“The 20 hour weeks are easy; it’s the 25-30 hour weeks that get tough,” wrote Whitcomb in an email. “I keep it simple: I don’t talk with the athletes about nutrition.  It’s a smart place for a coach to defer to the experts if they aren’t one themselves. Too many problems are waiting for a coach to trigger this trap. And yes, this is from experience.”

So we brought in an expert. FasterSkier reached out to Dr. Stephanie Howe Violett, who holds a Ph.D. in Nutrition & Exercise Science. In addition to her academic training, Howe Violett has practical experience in meeting the energy demands of high volume training and optimizing nutrition for athletic performance. 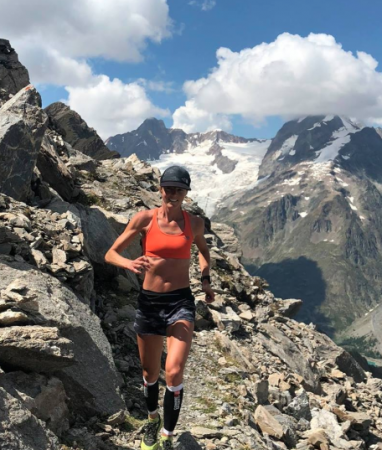 After nordic skiing and running through college at the University of Northern Michigan, Howe Violett transitioned to a successful trail running career where she landed on the podium in prestigious races such as the Western States 100, which she won in 2014 and placed third the following year. At the time of the call, Howe Violett was in the midst of some high volume training herself, spending long days training in the French Alps.

While pursuing her doctorate at Oregon State University, Howe Violett studied the connection between exercise and perceived hunger, more specifically looking at how intensity affects the suppression of hormones that are connected to appetite.

“We know just from training and racing that when you go harder it seems that you feel less hungry or less desire to eat in the time period immediately post-exercise,” explained Howe Violett about her research. “If you do hard intervals or a time trial, food doesn’t really sound appealing and there’s a reason for that.”

Her research was specific to running, but she explained that the findings extend to most endurance sports, potentially less so in non-impact activities where the digestive system is less impacted by jarring during exercise. Cross country skiing is relatively low impact, but it can certainly be high intensity, and when paired with dryland training modes such as running and bounding, Howe Violett’s study becomes especially relevant, particularly to those looking to sustain a heavy training load.

“The big take-home message is that, yes, there are appetite hormones that alter our appetite in the direction of suppression for about the first hour post exercise, they’re back up to baseline at about 60 minutes post exercise,” she continued. “That’s important because when you’re trying to optimize performance, the first 30 – 40 minutes after intense exercise is when you really want to refuel because the muscles are more able to uptake the glucose and start the recovery and restoration process for the next session.”

While most of us are probably logging far fewer hours than the pros, the nutritional advice Howe Violett offered benefits skiers at any level. In fact, her most important point is simple.

“Eat enough. There aren’t really strategies in terms of quirky things to do. I think timing is super important and quality is important. You might eat three [primary] meals a day, but then timing your intake before and after exercise is super important and I think that’s something skiers overlook in my experience, maybe more so at the younger ages.”

When meeting the demands of a heavy training load, Howe Violett recommends consuming energy while training as well.

“Fueling during exercise is really important and that time window immediately after is really important. So if you’re doing 20 plus hours a week, I think getting that extra fuel in during those sessions is super important for your overall energy intake. Also having a snack right before bed that is preferably whey protein, dairy is the best source, because that can help with the repair process overnight.” 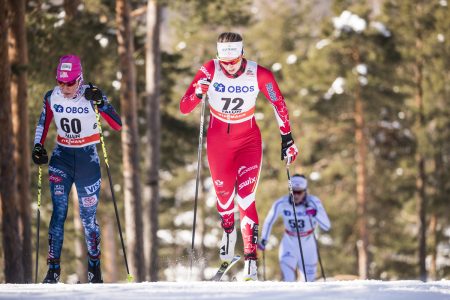 “The main thing I think about during a high volume training block is being proactive with my energy intake during and immediately post-training,” wrote Beatty in an email. “That means fuelling during long workouts before I become hungry as well as making sure I have my recovery snack ready for as soon as I am done training.

“My meals outside of training stay pretty similar to those during a normal training block,” Beatty continued. “In big training weeks, I pay more attention to my hunger levels mid-day and in the evening, adjusting my afternoon snack and adding an evening snack if necessary.”

During her training sessions, Beatty’s go-to snacks dried fruit and homemade granola bars or energy balls. After a session, particularly in the summer, she likes to make a fruit smoothie.

“Banana-mixed berry-ginger is my current favourite,” she wrote. “After particularly hard workouts I will top my smoothie with a bit of granola, coconut, and some chocolate chips.”

It might seem that the expression “if the fire is hot enough, any fuel will burn” could fit here, but Howe Violett explains that simply eating high calorie foods is not necessarily the answer.

“You want to get more nutrient dense foods — things that have a lot of vitamins, minerals, and fiber in meals. Then in training and post-training, you actually want very simple carbohydrates so that they can be absorbed a little bit easier.” 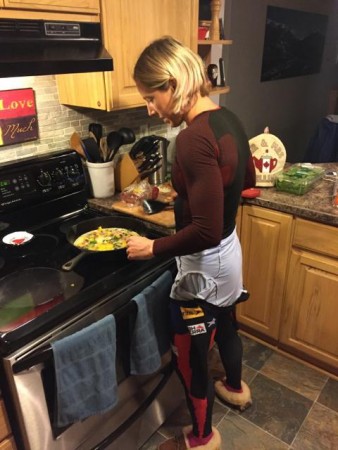 Kikkan Randall in the kitchen “getting ready and fueled” in the fall of 2014. (Photo: Twitter)

An athlete who is not matching the energy or nutrient demands of their training will recognize this deficit in a slowed recovery or feeling more fatigued than would otherwise be expected. If this is the case, Howe Violett recommends considering whether the athlete is consuming enough carbohydrates.

“Suppressing carbohydrate intake or just not getting enough carbohydrate is a common thing that people get right now because carbohydrates aren’t super popular in fad diets. It can lead to mood disturbances, feeling foggy, not recovering, just feeling like you can’t go any faster despite trying. And it can take months or years to overcome that, so I think that it’s really important to be diligent about carbohydrate intake every meal and every day. Not necessarily pasta and cereals, but whole grains like rice, quinoa, starches like potatoes and sweet potatoes, and then a lot of fruits and vegetables. Those are going to be really good sources. Then pairing that with sports products like gels and blocks during training, a bar before training, and something like chocolate milk after training. I think that’s a really good way to ensure enough carbohydrate intake to avoid overtraining or overreaching.”

An athlete’s training log changes with the season. High volume in the summer transitions to low volume but high intensity in the winter. How does this transition impact nutritional needs? Howe Violett emphasized that nutrition is individual and generalized advice is not something she likes to provide. For some of the athletes she works with, their nutrition plans change weekly to account for their training, travel, and race schedule.

“I really encourage people to work one-on-one with someone because you really learn so much about yourself and how to fuel your body, what your needs are, and how to structure it throughout the season.”

She provided a loose framework explaining that the most overall energy is needed when the volume is highest.

“Nutrition is individual, but we work within the framework where we want, for a skier, 50-65% carbohydrate, 20% protein, and about 30% fat throughout the day. Then knowing that that is night and day different from what you might intake before, during, and after training, and it’s really important to optimize both of those occasions because they are both equally important and they can really help drive performance. Training is the thing we think about most of the time, but nutrition can actually be just as important and work synergistically with training and recovery.”

Typically during the more intense winter months, an athlete’s diet might need to be at the higher end of the range for carbohydrate since the body relies on this type of energy most while racing or completing speed sessions. Then, during the off season when volume and intensity are both low, one would be better served to eat a higher percentage of fat and protein.

Howe Violett concluded with advice for athletes at any level, particularly juniors ascending into the college ranks, collegiate skiers chasing professional ski racing, or anyone who is looking to make a jump in their training load and seeks to optimize their nutrition accordingly.

“Eat enough and just ignore all diet recommendations that come from the internet or social media because it’s all just pseudoscience. Take a step back to the basics. Get enough food — if you’re hungry, it means you need to eat. I think a race weight is a really silly way to determine if you’re fit or not. I think when you feel good, when you’re well-fueled, you’re getting enough sleep, and you have energy, that’s a really good state for your body to be in. That is the whole package, nutrition, recovery, stress, and lifestyle.” 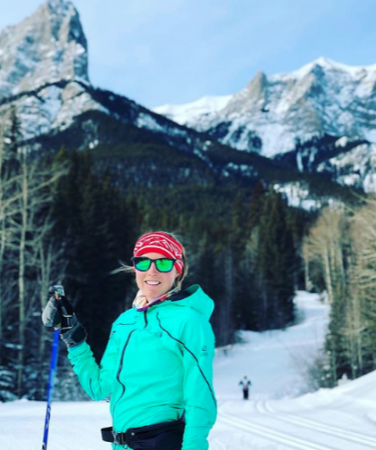