Let’s catch up with the IBU World Cup and the action from Saturday and Sunday in Pokljuka, Slovenia. 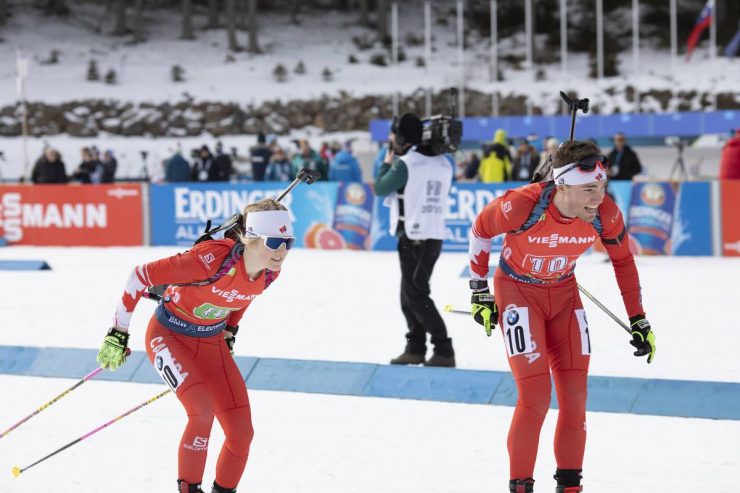 First up, the single mixed relay, in which teams of two are paired with each skier racing two legs and shooting two stages per leg. France took the win in 38:33.4 minutes shooting 0+5. The big news from the relay for North America, was Canada’s fourth place result. Christian Gow and Emma Lunder were 16 seconds back from first place France after shooting 0+6.

And it is worth mentioning, 26 different nations comprised the 26 team field. Which brings to mind a cool post on Twitter from the International Biathlon Union, and it speaks to the exciting nature of the sport. The Estonian team included Rene Zahkna, who placed 101st in last Thursday’s 20 k individual race. Two days later it was podium time.

The relay had 25 teams from 25 different nations represented. 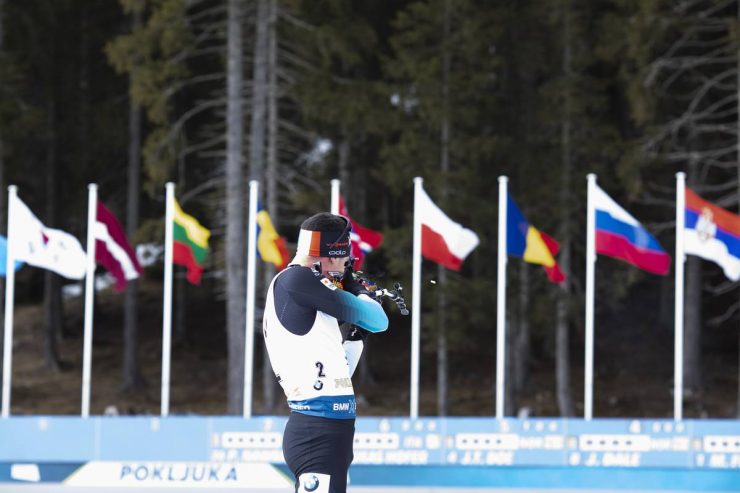 Fourcade retains the IBU World Cup’s leader’s bib with 601 points. Fillon Maillet is second with 532 points, and Bø is third with 482. Bø sat out much of January’s racing for the birth of his first child.

No North American men qualified for the mass start race. 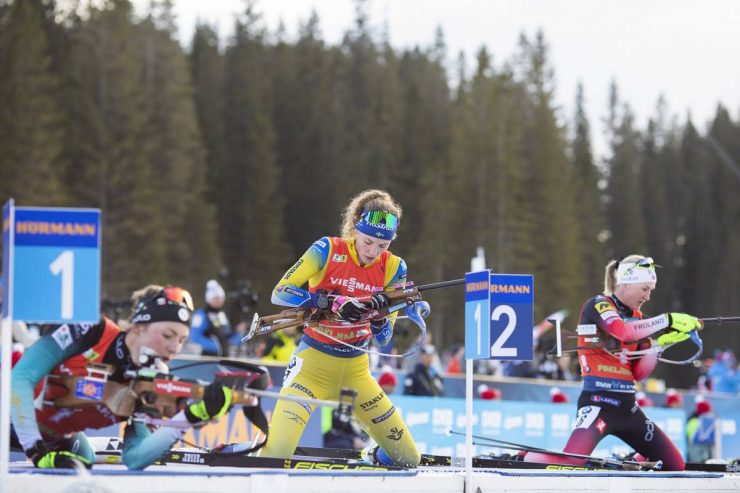 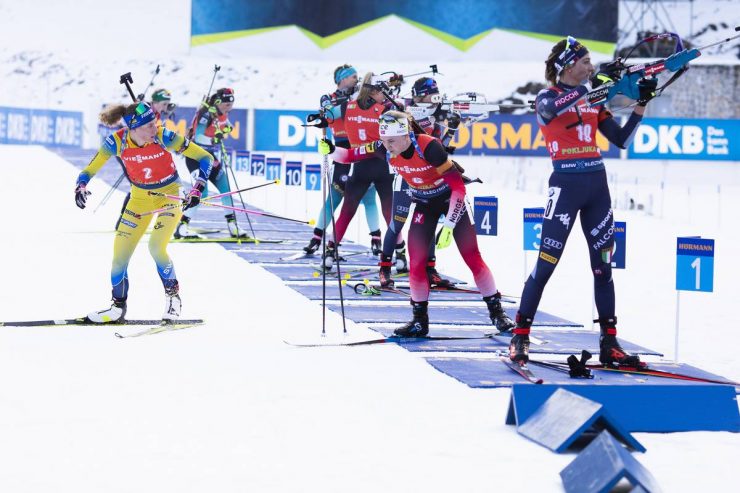 Due to their results in Friday’s 15 k individual race, Egan placed 6th, Lunders 10th, respectively, they both earned a spot in the mass start race.

Norway’s Tiril Eckhoff still leads the World Cup overall with 524 points, Dorothea Wierer of Italy is in second with 509 points, and Öberg sits in third with 456 points.

Racing on the IBU World Cup takes a hiatus for a bit. The 2020 IBU World Championships begin in Antholz, Italy on February 12th.

So we will leave on a light note as we piggyback on Egan’s Instagram account. She noted that U.S. Biathlon’s women’s coach Armin Auchentaller made a bet that he would “jump in the lake if anyone gets a top-10!”.

He took the plunge after Egan’s 6th place. Auchentaller may be onto something, The New Yorker recently called cold plunges a subversive joy. 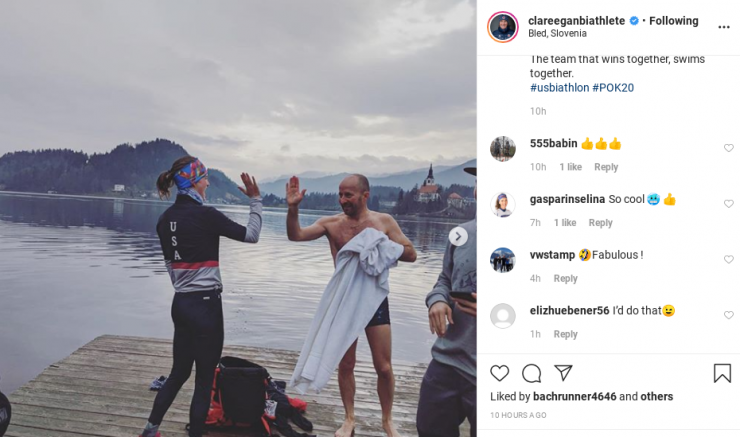