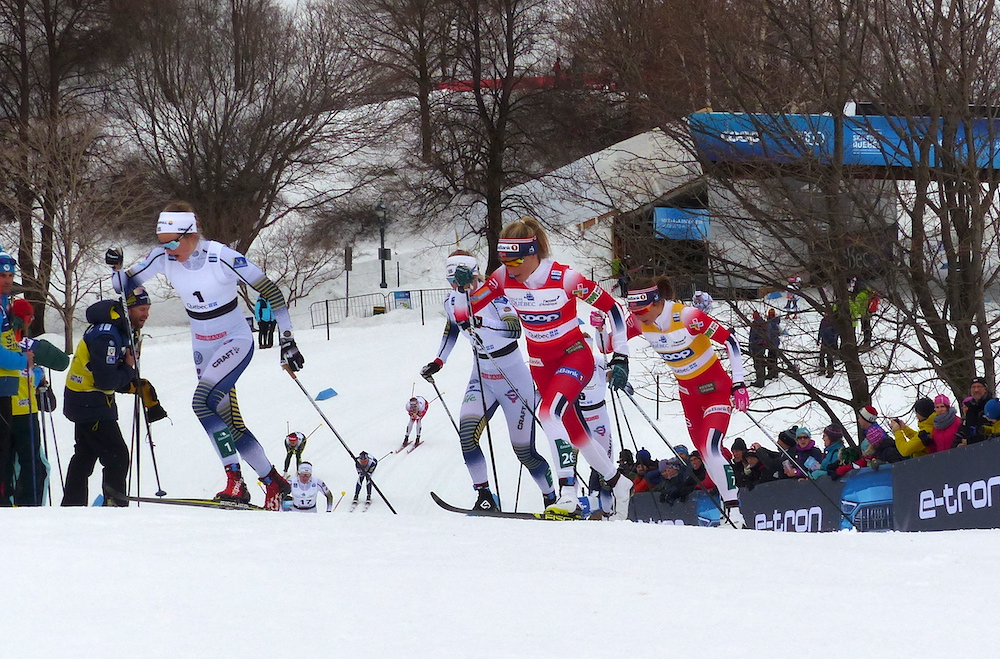 Having won every World Cup distance she’s entered this season, Norway’s Therese Johaug couldn’t shake off Sweden’s Stina Nilsson or her own teammate Ingvild Flugstad Østberg on Saturday morning. We’ll get to all the details in the full race report, but it was yesterday’s sprint winner, Nilsson, who outsprinted the empress of distance skiing, Johaug. When she is on for a distance race, Nilsson is on. She won the Québec City 10-kilometer mass start classic in 25:51.6. Johaug was second, Østberg a not so distance third. 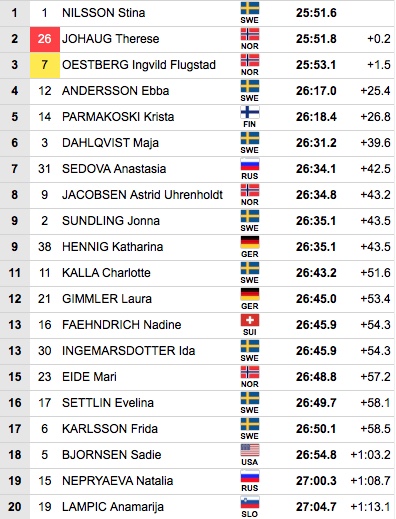 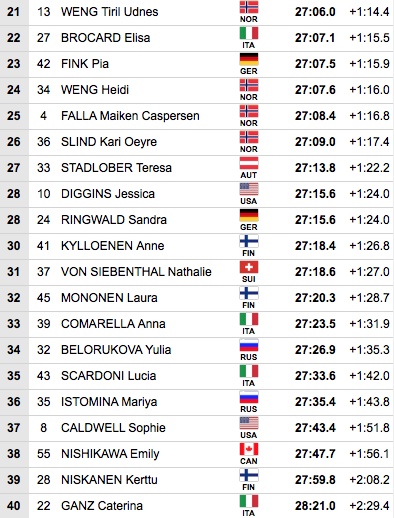 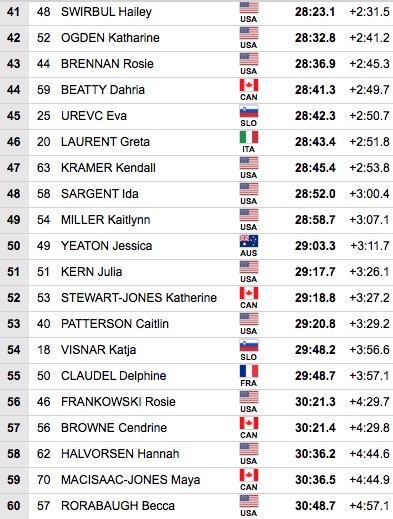 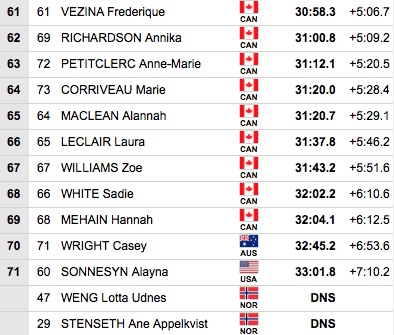