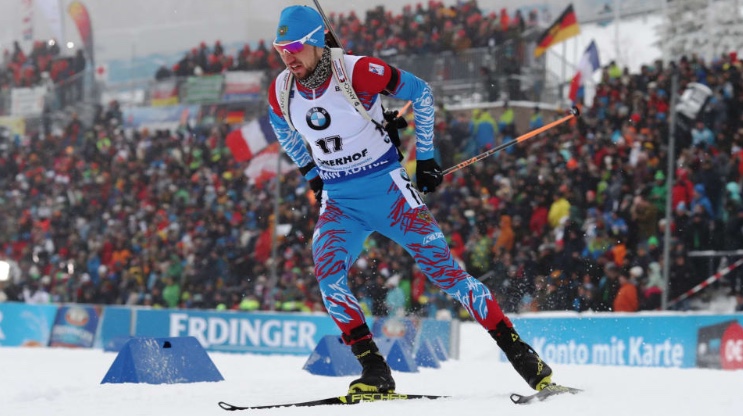 The men’s 10-kilometer sprint in Oberhof, Germany was a bit more in synch with recent weather trends in some parts of stormy Europe: clouds descended, the wind picked up, and steady snow began to fall during the race. This was in contrast to weather conditions during Thursday’s women’s sprint when uncharacteristically Oberhof found itself basked in intermittent sunshine and relatively calm winds.

By the time athletes began their standing shooting stage on Friday, the unpredictable winds mixed with snow made for tricky and more complex shooting conditions. Some biathletes fared well, others were flummoxed.

Alexander Loginov of Russia shot clean and won the race in 25:50.9 minutes. It was his fifth podium of the season, but his first career IBU World Cup individual win. Loginov placed third twice in Pokljuka, Slovenia and second twice in Nové Město, Czech Republic for his other podiums.

The overall IBU World Cup leader, Norway’s Johannes Thingnes Bø, placed second on Friday 25.2 seconds back after accruing a single penalty while standing. Bø has won six races this season on the World Cup — which include wins in all three sprints contested this year. 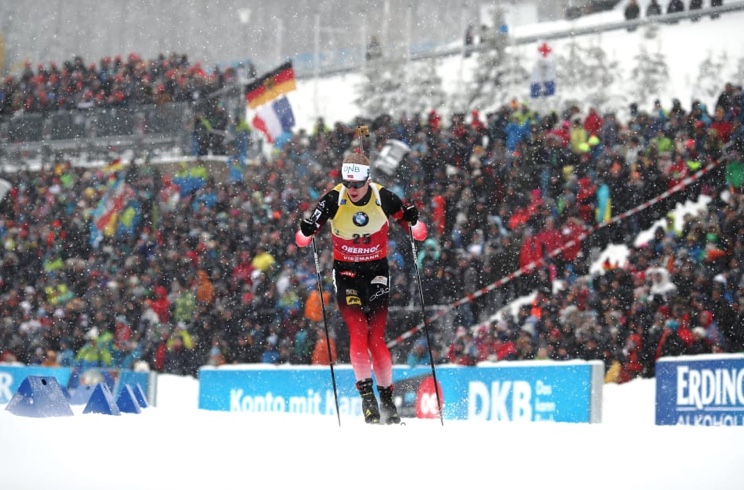 Sweden’s Sebastian (Sebbe) Samuelsson earned his first career World Cup individual podium when he placed third (+36.8) after shooting clean. Samuelsson is both a gold and silver medalist from the 2018 PyeongChang Games. He is twenty one years old.

“Over Christmas I worked a lot on some specific strength that I felt could use some improvement after the first trimester,” Doherty wrote in an email explaining what he had wanted to improve during the IBU World Cup holiday break. “On the range I did a lot of drilling and pressuring myself to cope with higher intensity on the range approach. Overall just trying to fine tune and stay sharp. I’m happy to see some of this training kicking in a bit and hopefully the racing legs continue to come into form. But, I will admit we had excellent skis today which always helps.”