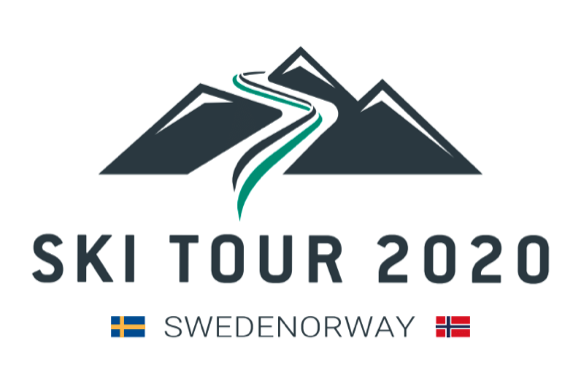 New on the World Cup this season is the Ski Tour 2020: a six-stage tour beginning in Östersund, Sweden on February 15, and concluding in Trondheim, Norway on February 23rd.

(To view the map as a stand-alone web page, click here.)

As the interactive map illustrates, races will be held at venues along a similar latitude in Sweden and Norway, with the World Cup entourage traveling East to West.

The Ski Tour 2020 is organized much like the Tour de Ski. Overall standings will be calculated after each race and will be based on actual racing times. For sprint competitions, qualifying times will be used to determine an athlete’s rank in the overall standings. Time bonuses from each stage will be factored into the standings. (Time bonuses are subtracted from a racer’s overall elapsed race time.)

Sprint races have the following time bonuses associated with the top-30 places.

There are cash incentives; the biggest amount goes to the overall winners who receive CHF 47,000 each.

On paper at least, the most compelling stage appears to be the 38 k mass start skate races, the fourth stage of the Ski Tour. Yes, women and men ski the same distance as they cross an international border racing from Storlien, Sweden to Meråker, Norway. Athletes are restricted to a single feed zone at kilometer 25. Otherwise, the rules stipulate that no coaching or coach-feeds are allowed between 3 k and 35 k. Athletes wanting to fuel between 3 k and 35 k will need to carry their own food and drink. In the event of a broken pole, a neutral spare pole service will be available to racers between 3 k and 35 k. 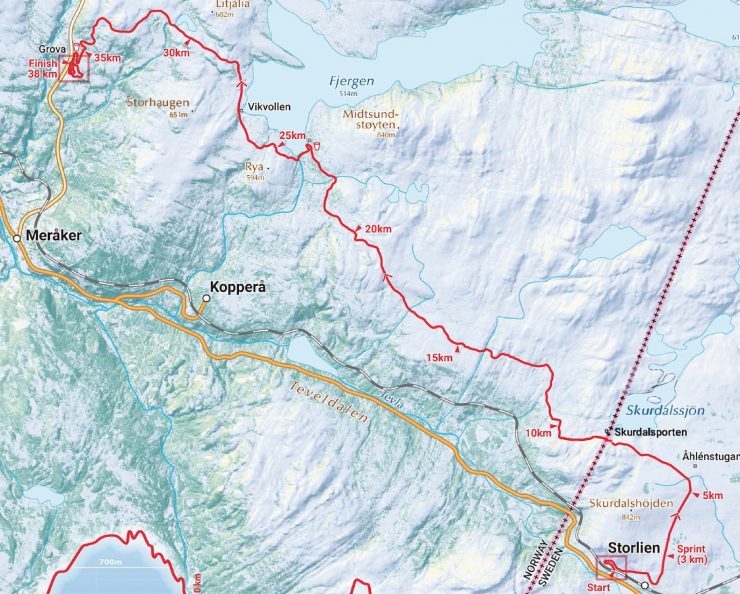