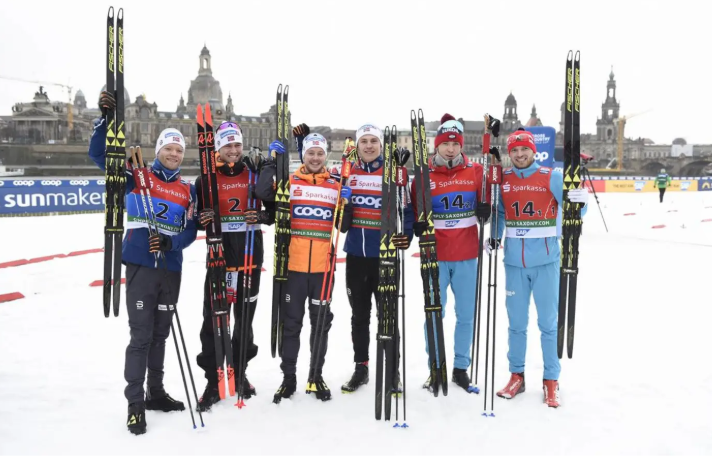 A strip of imported snow along the Elbe river, iconic architectural reminders of old-world Europe’s city-scape in Dresden, Germany, Lycra, speedy skiers, and teams of two: all the ingredients for the men’s 1.6-kilometer freestyle team sprint.

With tight pack skiing a function of the the relatively flat Dresden ski loop, the ten teams in the final attempted to play stay-out-of-trouble-skiing for the six total laps. But with a crowded tag area and tight corners where skiers abruptly bled speed, mix ups and tumbles occasionally picked skiers out of the front scrum.

Coming into the final tag, 8 k into the race, the top-seven teams came through the time check all within 2.63 seconds of one another.

Norway II, Italy I, Russia II, Norway I, France I, Russia I, and Great Britain sped through with the remaining three teams in the finals, Switzerland I, Austria I, and Australia I within closing distance to the leaders.

Intermittently contracting and spreading out, no decisive moves to splinter the group materialized until the last lap.

In the team sprint, it’s not simply the fastest one or two lap skier who prevails — each athlete, during their three respective legs (each leg consisted of three laps), was required to mentally focus and push the boundaries of their aerobic and anaerobic engines for 4.8 k total.

On that last lap, the pull away move was simple enough.

Leading much of the final k was Norway I’s Sindre Bjørnestad Skar, the winner of Saturday’s skate sprint in Dresden. Skar kept out trouble, positioning himself at the front. He then shifted into a sixth or seventh gear no other skier could match.

Up to the point Skar began to channel his reserve of booster-fuel, it appeared it could have been one of several teams across the line first. But approximately 4.6 k into Skar’s pathway to the finish line, his top effort was simply too much. he was on another level of endurance-sprint fitness as he closed out the win.

Skar along with his teammate Erik Valnes won the final in 22:38.72 minutes. 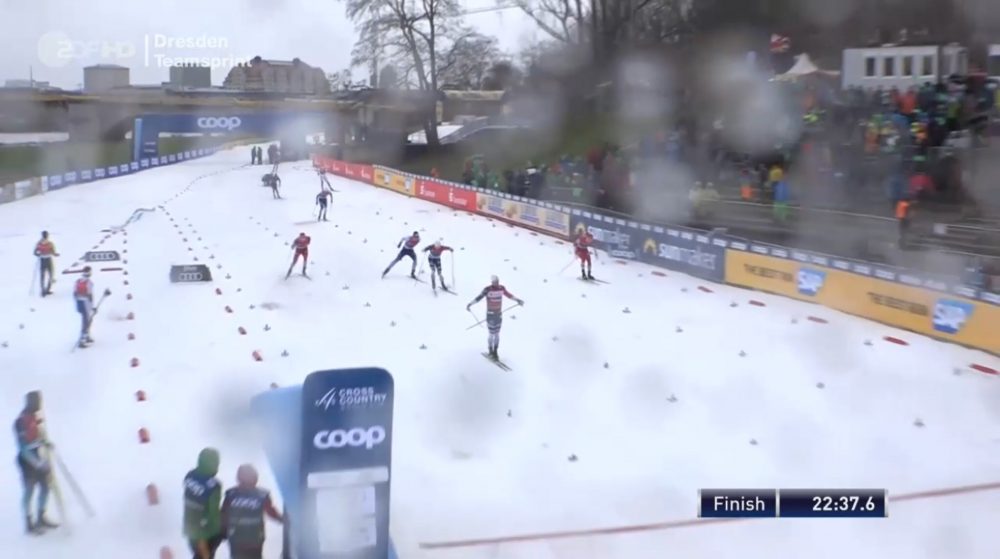 But behind Skar, a four team whirlwind charged down together on the finish. A photo-finish captured the moment to decide the final standings. In second (+0.75) was Norway II’s Pål Golberg and Eirik Brandsdal, Russia I’s Artem Maltsev and Gleb Retivykh third (+0.80).

Right in the middle of the the finishing lane mix, possibly fighting for podium scraps was Italy’s Federico Pellegrino. He appeared to catch his tip on another skiers ski-tail and took a spill. He and teammate Dietmar Nöckler placed 10th in the 10 team final. The Italian duo won last season’s team sprint in Dresden.

Canada’s Bob Thompson and Len Valjas placed seventh (+2.46) in the first semi-final and did not advance to the final. It was the same fate for the only U.S. team entered in the men’s team sprint. Andy Newell and Erik Bjornsen placed 10th (+3.66) in the second semi, and failed to make the finals.

Canada placed 15th in the final standings, the U.S. 19th. 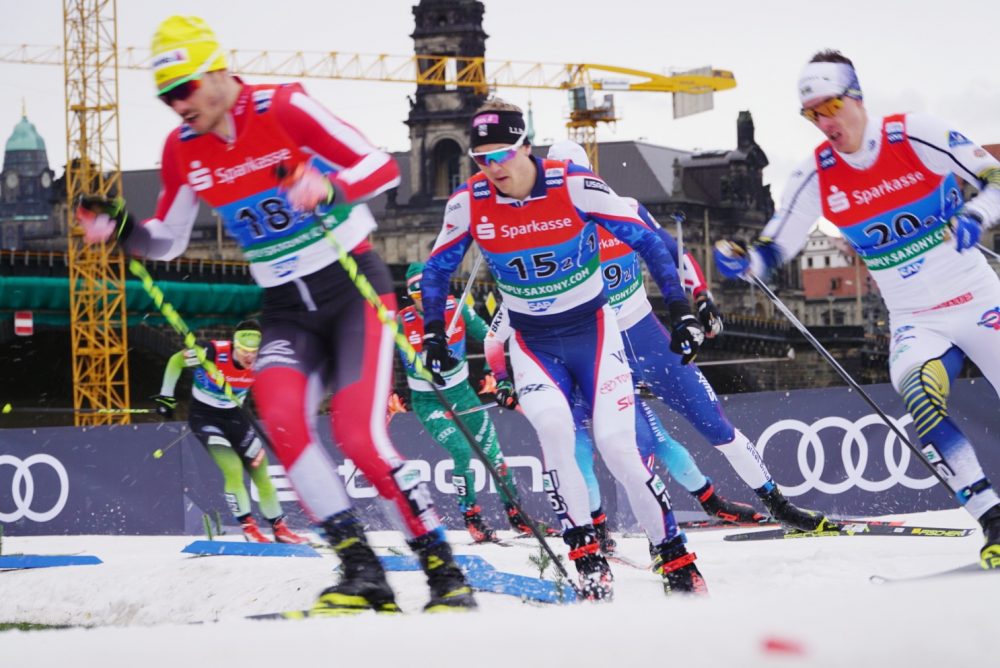