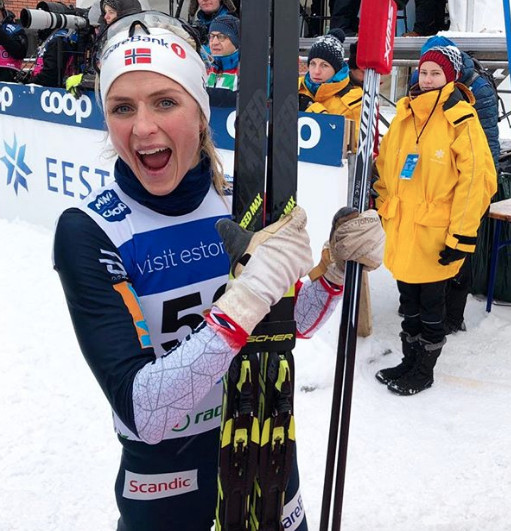 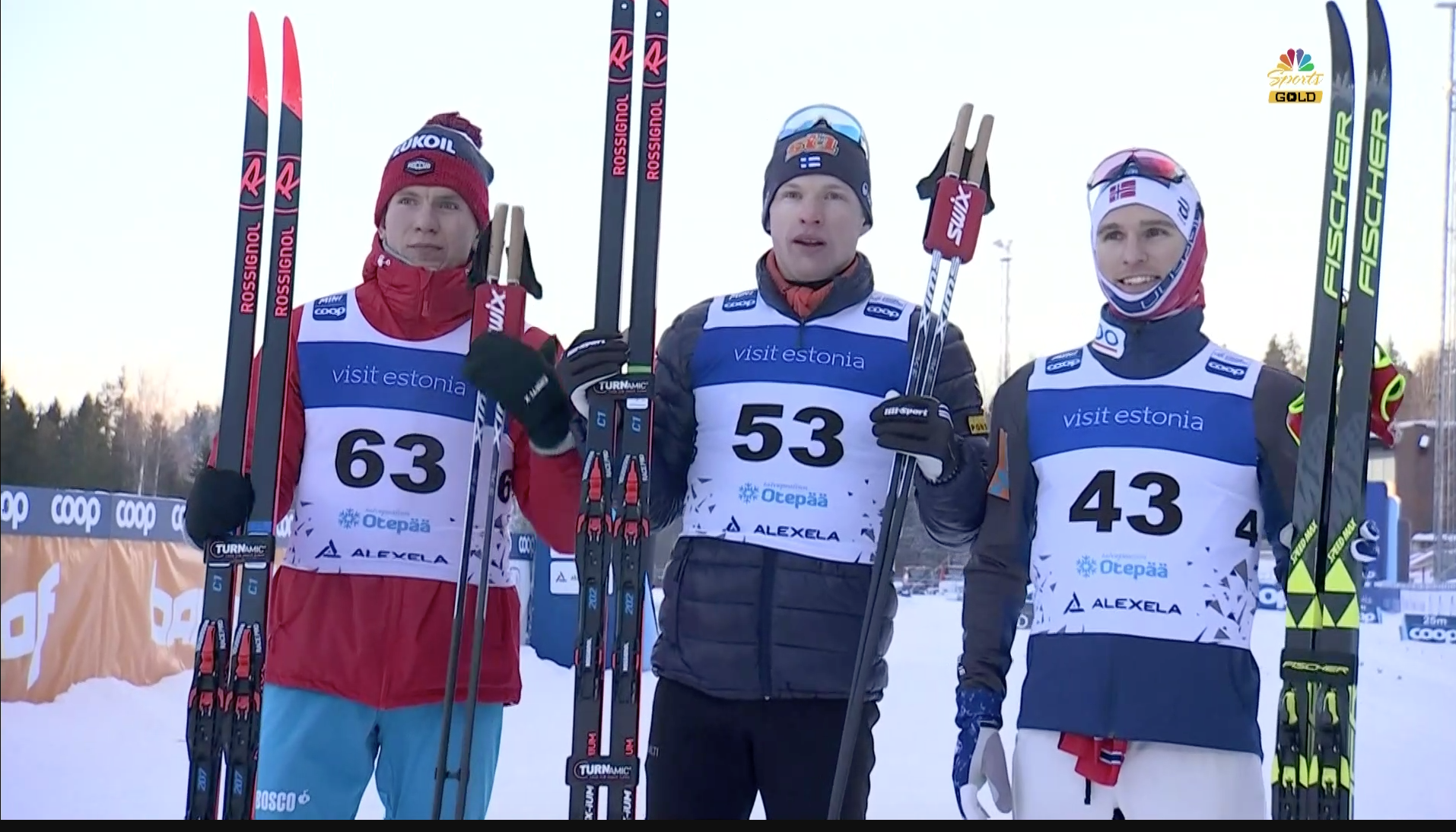 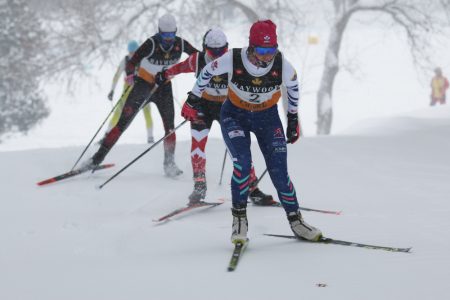 The NorAm weekend wrapped up with mass start free technique on shortened courses. The predicted extreme cold and extreme snow didn’t materialize with a relatively balmy -13C recorded by the jury.

Katherine Stewart-Jones (CNST) continued her dominance with a win in 48:25.5, gapping Cendrine Browne (CNST) on the third and final lap for a 8.4 second separation. That is two wins and a second for Stewart-Jones. Zoë Williams (Nakkertokk) was third again, 1:38.2 behind. The shortened course was 14.3km, with one 4.3km lap and two 5km laps.

Russell Kennedy (Team R.A.D.) collected his first win of the weekend to earn his trip to World Championships, finishing alone at 57:12.6 on the four lap 19.3km race. Scott Hill (Hardwood) was second at 23.4 seconds behind. Evan Palmer-Charrette out-sprinted the remains of the original six leaders to complete the podium at 1:07.0.

Doherty’s previous best in the mass start was a 24th place. In the 30-athlete field, Doherty began in bib-30. In his first two shooting stages, both prone, he skied a single penalty lap in each. As he found his ski-speed groove for his second two laps, marking the third fastest ski split for lap three and the fifth fastest split for lap four, Doherty also made his mark on the shooting range as he shot clean for for both his standing stages.

Doherty finished in 13th overall which matched his individual career best on the IBU World Cup. Johannes Thingnes Bø of Norway won the mass start in a time of 36:43.8 minutes while shooting clean for his first three stages and skiing one penalty lap on his fourth. Doherty’s finishing time was 42.2 seconds behind Bø’s.

Canada’s Christian Gow also posted a career best IBU World Cup results with an 11th place. Gow skied a single penalty lap after missing a target on his second prone stage. Otherwise, he shot clean to finish 34.3 seconds behind Bø.

Bø’s win on Sunday marked his 10th win (including relays) this season on the IBU World Cup. He leads the overall points series.

It was time for a first in the women’s 12.5 k mass start. Franziska Preuss of Germany won the race – an IBU World Cup career first for her — in a time of 32:34 minutes. Preuss shot clean on her way to the win.

No other North American women qualified for the mass start.