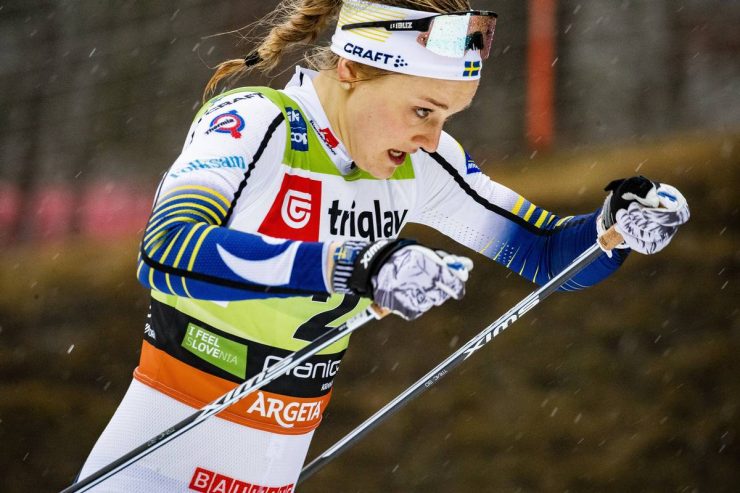 Swirling around social media yesterday was the announcement that Swedish ski star, Stina Nilsson (26) has swapped cross-country for biathlon. She has yet to make the national biathlon team, yet she is committed to pursuing biathlon at the highest level. On the World Cup, she was feared as a sprinter, winning the sprint cup in 2019. She earned a total of 23 World Cup wins in 108 starts.

The Swede could also rise to the occasion when races pushed well beyond the 3:30 minute range. Nilsson pounced in the distance realm when the stakes were high. She placed third in the Olympic 30 k classic in 2018, bested Therese Johaug in Québec’s 2019 mini-tour and was absolutely clutch at the 2019 World Champs in Seefeld when she outpaced Johaug on the anchor leg of the 4 x 5 k relay. Seriously, such a good race.

“My basic idea was to run Cross-Country skiing for another Olympics and then change after the season 2022. But because of my injury, I have been given a lot of time to think and test shoot and I feel that I really do not want to wait any longer,” Nilsson said according to a FIS article. Nilsson suffered a stress fracture this season and has not competed on the World Cup since Dec. 28 in Lenzerheide, Switzerland. 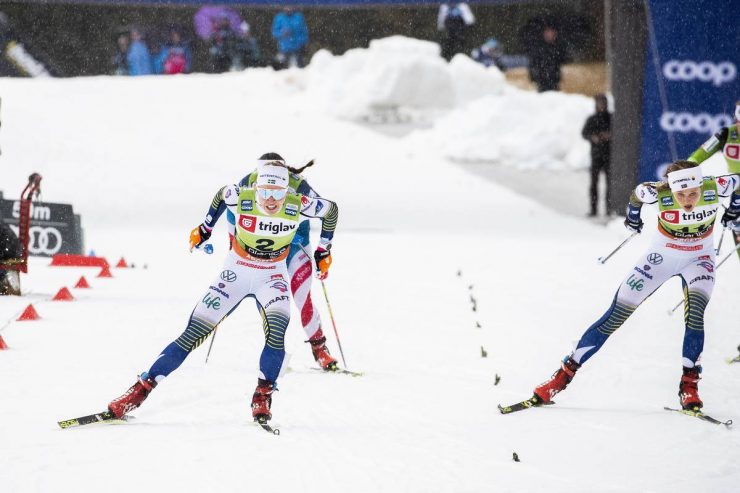 Down the stretch in Planica, Slovenia: Stina Nilsson (SWE) on the right, Jonna Sundling (SWE) on the left. Nilsson placed second in the race. (Photo: NordicFocus)