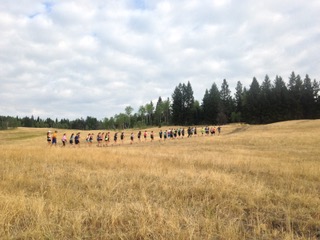 Nordic athletes will be transitioning to running over the next few weeks as the snow disappears and/or the ski trails shut down.   Overuse injuries from running were the most commonly reported injuries in British Columbia Ski Team athletes in injury surveys completed in 2018 and 2019.  The vast majority of these overuse injuries occurred in the General Preparation phase of the yearly training plan.

Ski coaches and athletes can help reduce the incidence of injury by following a few guidelines.

Proper training involves gradually increasing the training load, combined with adequate rest to allow the body to adapt to the increased demands.  Overuse injuries occur as there is more stress and strain on the body than it can handle. In other words, the body’s musculoskeletal system’s ability to adapt to load is exceeded.   This excessive load can be any combination of increased volume, increased intensity and/or too little rest in between running sessions.

Athletes need to be educated on taking care of, and listening to, their body and following the ’24 hour rule’.  An increase in pain longer than 24 hours after training would be a warning sign of excessive load. If the pain does not settle within 24 hours then the athlete needs to reduce the training load.  Working through post exercise muscular soreness, though mildly uncomfortable, is okay and has been proven to have no negative effect. More concerning would be tendon, joint or muscular pain that would be described as sharp or stabbing. 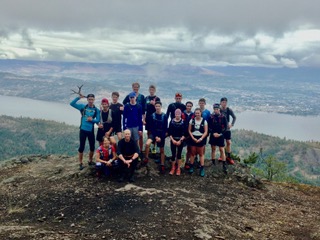 Athletes should be educated on gradually increasing their running volume and or intensity.  Starting off, it would be beneficial not to run on back to back training days. Thankfully cross country ski training involves a variety of activities which is a great way to vary the training load and minimize stress on the musculoskeletal system.  Cross training has been shown to reduce the injury prevalence in athletes.

Ross McKinnon is a local ski coach and registered Physiotherapist in Kelowna, BC.  He is an owner of Kelowna Manual Therapy Centre. He is the team physiotherapist for Team Telemark and is a consultant to the BC Ski Team.  Ross has a special interest in preventing injuries and improving performance in nordic athletes.