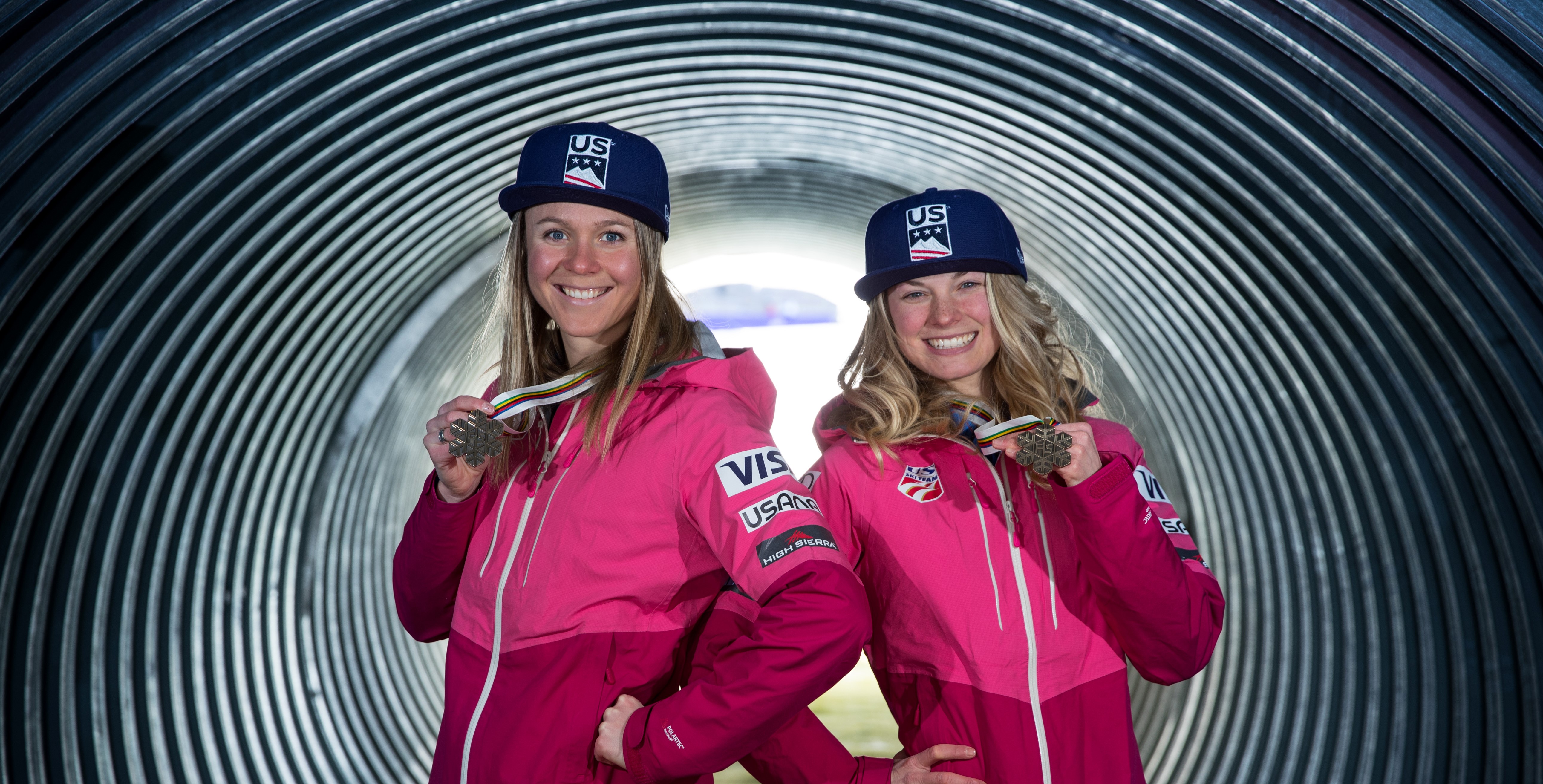 Sadie Bjornsen and Jessie Diggins are both medalists from the 2017 World Championships. (Getty Images – Richard Heathcote)

In a press release Monday afternoon, U.S. Ski and Snowboard announced the members of the 2019 Cross-Country World Championships in Seefeld, Austria.

U.S. Ski & Snowboard has named 18 athletes to the U.S. Cross Country Team that will compete in the 2019 FIS Nordic World Ski Championships next month in Seefeld, Austria. The biennial World Championships brings together the best athletes in the sport for the Feb. 20 – March 3 event which will be live streamed in its entirely on NBCsports.com.

“This team has the experience and the tenacity to bring medals home from Seefeld,” said U.S. Cross Country Team Head Coach Chris Grover. “Both Sophie and Jessie know how to win on these courses, and they’ll be supported by a veteran group. Our staff has been making some great skis this season and brings many years of Championship know-how to Seefeld. We are excited to see what everyone can do.”

The team includes two medalists from past championships including Jessie Diggins (Afton, Minn.) and Sadie Bjornsen (Winthrop, Wash.). At the 2017 World Championships in Lahti, Finland, Diggins won the silver in the freestyle sprint and teamed up with Bjornsen in the classic team sprint to take the bronze. Only five Americans have won a cross country medal at World Championships.

“It’s always an honor to be named to a Championship team, and I’m excited to join such a strong team as we head into Seefeld 2019,” said Diggins. “Although there’s always pressure coming into big events like this, I’m going to be focused on executing my race plan and peaking for the events I’ve targeted at the World Championships in the next few weeks. I’ve enjoyed racing and training on the trails in Seefeld and they have a great atmosphere there, so it should be a really fun and exciting set of races.”

Competition opens on Thursday, February 21, with the freestyle sprint, followed by the skiathlon before heading into the distance races.  The Championships conclude on March 2-3 with a 30k women’s and 50k men’s freestyle mass start.