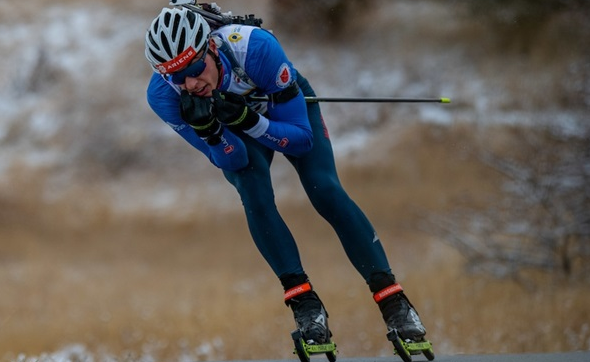 Paul Schommer was named to the IBU Cup roster for the start of the 2019-20 season Photo: Rachelle Weymuller)

(Oct. 28, 2019) — Following the completion of the U.S. Biathlon Fall Festival and IBU Cup Trials held over the weekend in Soldier Hollow, Utah, 15 athletes have been nominated to the U.S. Biathlon teams competing at the opening events of the 2019-20 season.

“We had an impressively competitive trials this season, with several lead changes throughout the competitions,” said U.S. Biathlon Director of High Performance Lowell Bailey. “I feel really good about the teams we are sending and their ability to compete with the world’s best on the international stage.”

“It’s an exciting time for U.S. Biathlon, with several new names in the mix on our international teams. It will be fun to watch,” Bailey added.