Racing at the 2020 U.S. Senior Nationals wrapped on Tuesday with a 1.5-kilometer classic sprint. Although the day came down to six skiers in both the men’s and women’s finals — as is the norm — what flummoxed a few skiers of note were the dicey conditions, which left the tracks covered with slow-me-down lake effect snow. 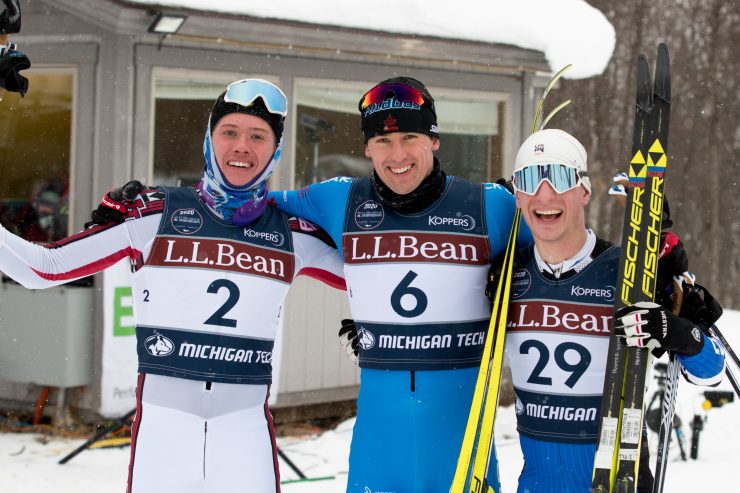 Canada’s Julien Locke (CNST) won the men’s final in 4:03.83 — a time indicating the high-burn but slog-like effort needed to finish the course. The first American, and by default, the U.S. champion, was Hunter Wonders (APU) in second overall (4:05.75). Luke Jager skiing for the University of Utah was third overall and the second American in 4:09.52.

Jager came into the finish double poling, while Locke strode in an adjacent track. Just feet before the line, Jager looked like he’d nip Locke by a toe. Amidst the thick snow, it appeared Jager’s wax simply iced up and his ski stopped abruptly, causing a fall. He quickly righted himself and crossed the line for third. 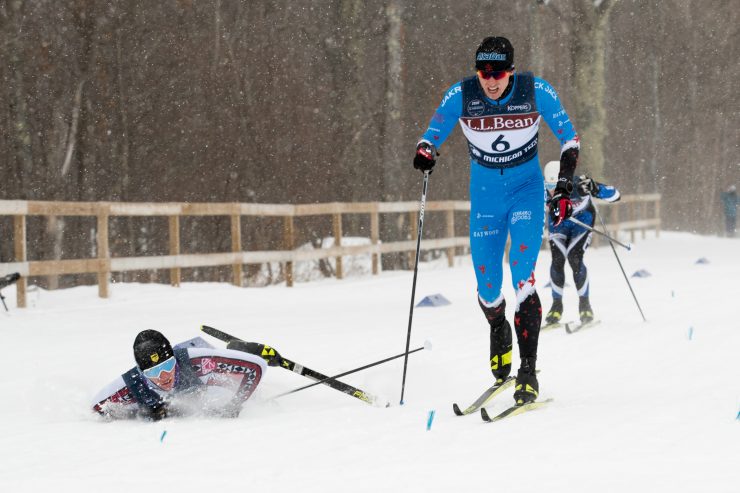 Hailey Swirbul (APU) concluded a stunning Nationals week with her second sprint title of the 2020 Nationals. Swirbul also won the 20 k classic National Championship in Houghton and placed third in the 10 k skate. 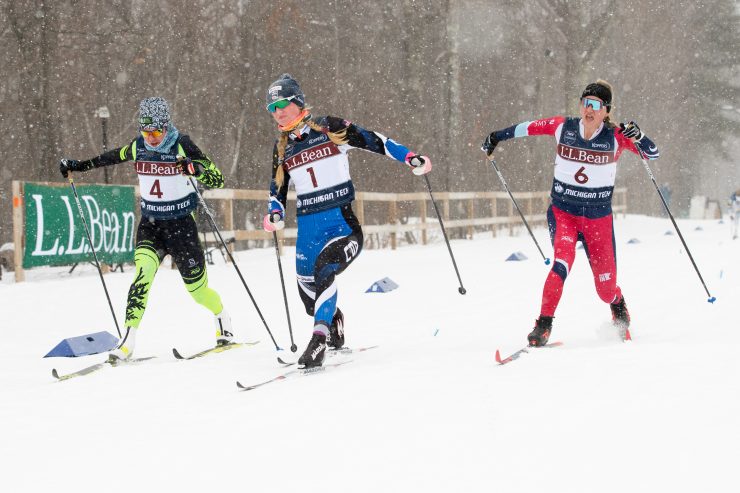 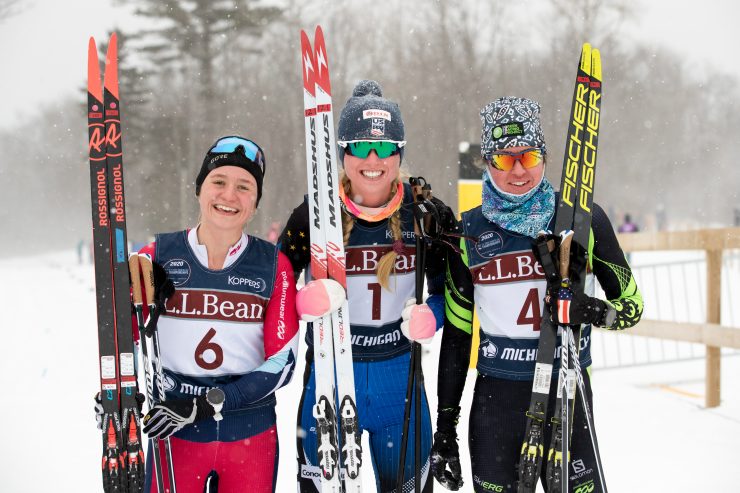 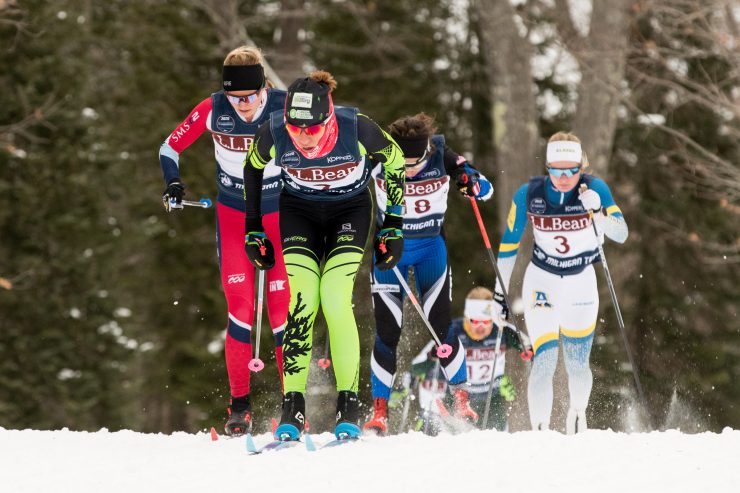 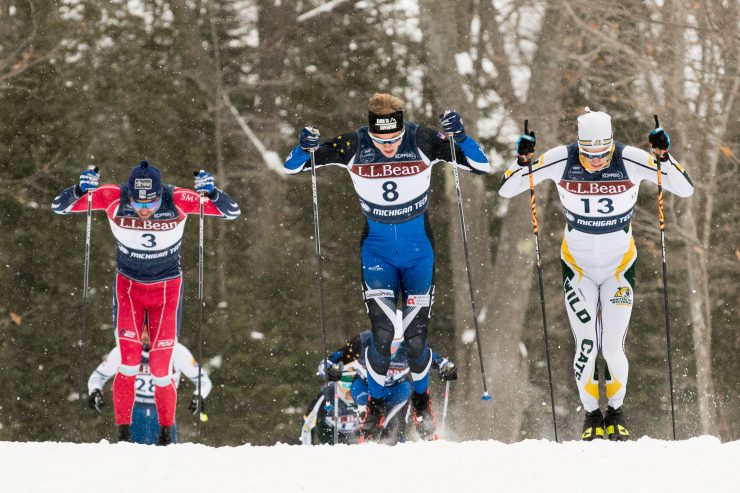 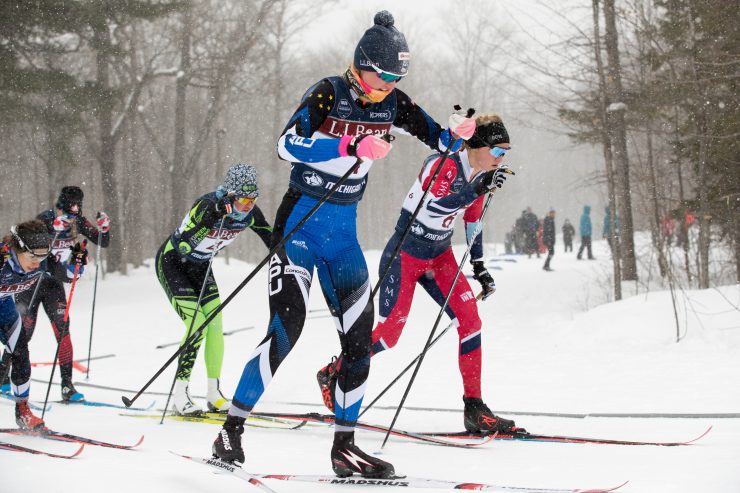 No separation yet, the start of the women’s classic sprint final at the 2020 Senior Nationals. (Photo: Reese Brown) 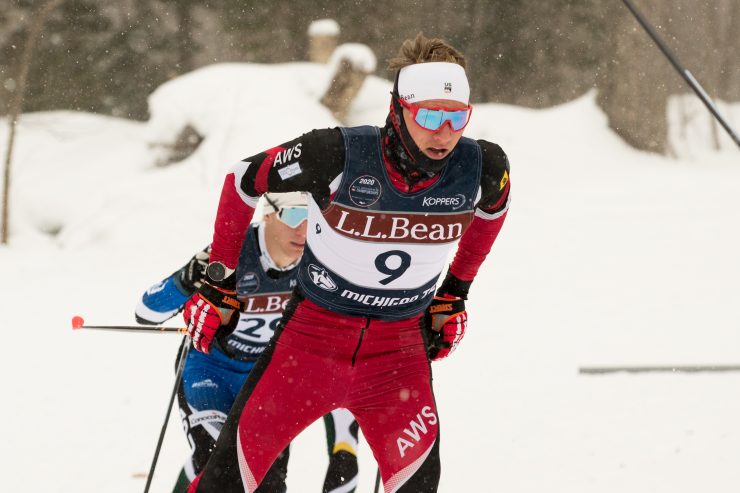 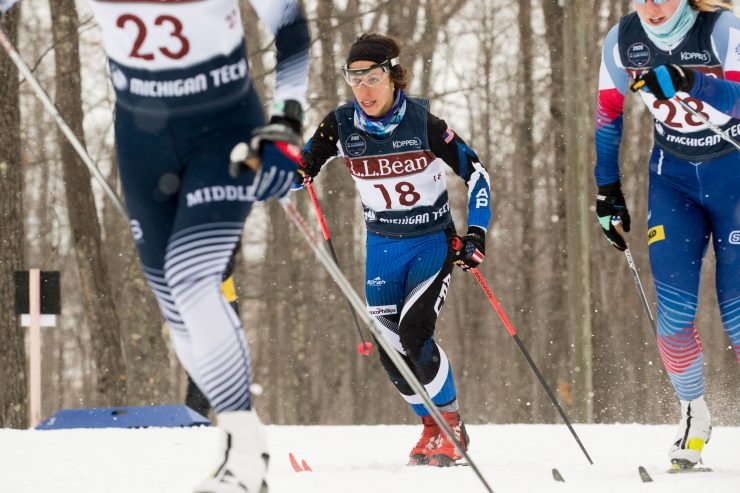 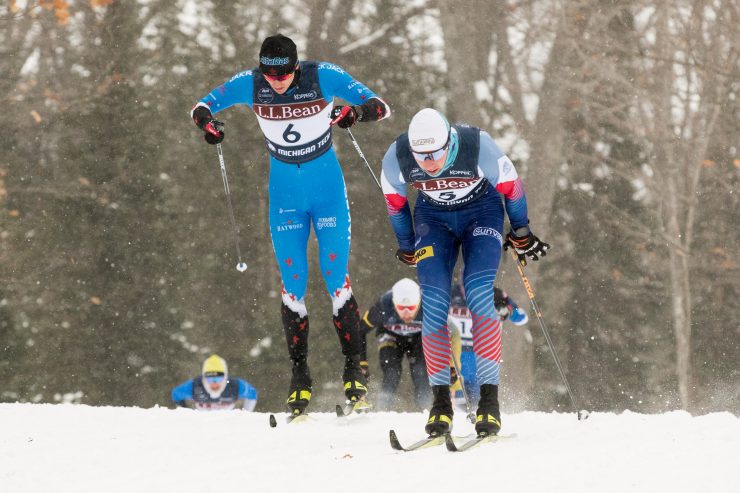 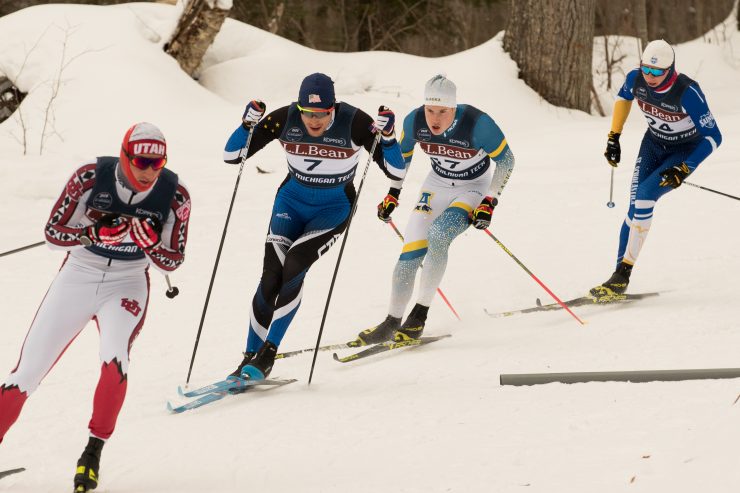