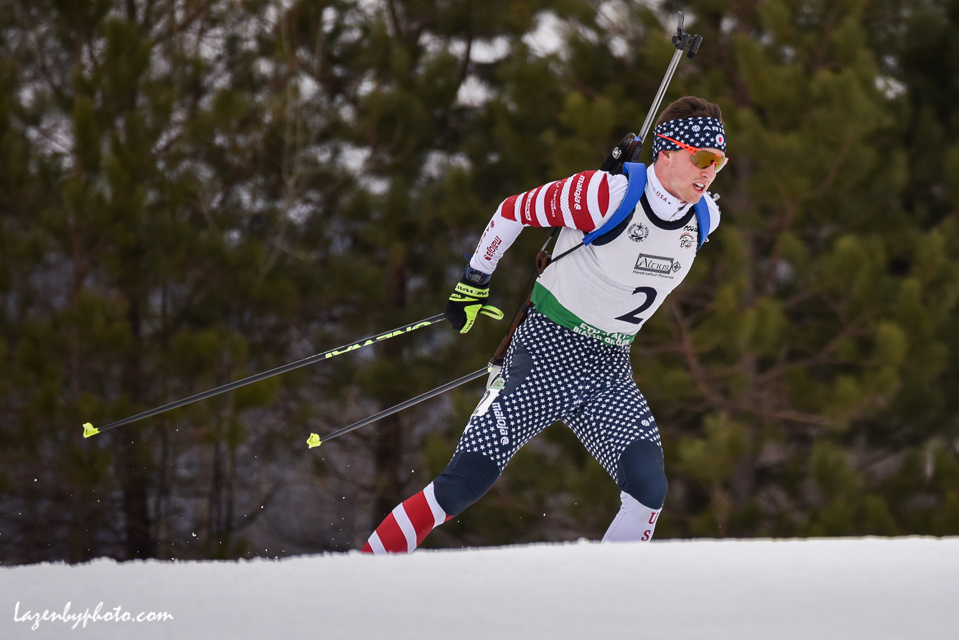 Sean Doherty on his way to winning the men’s 12.5 k pursuit at the 2019 USBA National Championships. (Photo: John Lazenby/lazenbyophoto.com)

Career arcs have a beginning, an apogee, and an eventual end. So far, US Biathlon’s Sean Doherty has been on an ascendant path. He’s the most decorated career IBU Youth/Junior Worlds medalist with 10 total. With two Olympics to his name, and a 25th overall ranking on the World Cup last season, year by year Doherty’s training has yielded race improvements.

Why shake it up? At 24-years-old, and two full winters before the 2022 Olympics, Doherty decided to step away from traditional training in the short run and add some stability to his life in the long term.

Doherty (along with his A-team teammate Leif Nordgren, B-teamers Deedra Irwin and Travis Cooper, and Junior National Team member Vashek Cervenka) enlisted with the military. Doherty joined the Army National Guard. He completed basic training at Fort Leonard Wood, Missouri followed with his AIT, or Advanced Individual Training for his specific duty in the military. Doherty completed AIT in Mississippi.

“You can be a truck driver,” Doherty said in a call. “You could work in an office or headquarters, you could drive tanks. There are many options. My AIT is for carpentry and masonry. Which is essentially building structures and stuff like that which is sweet because I got to learn a bit more about those skills. That’s stuff I enjoy and am interested in anyways so that was a cool chance to learn more. And I graduated from that on September 5th.” 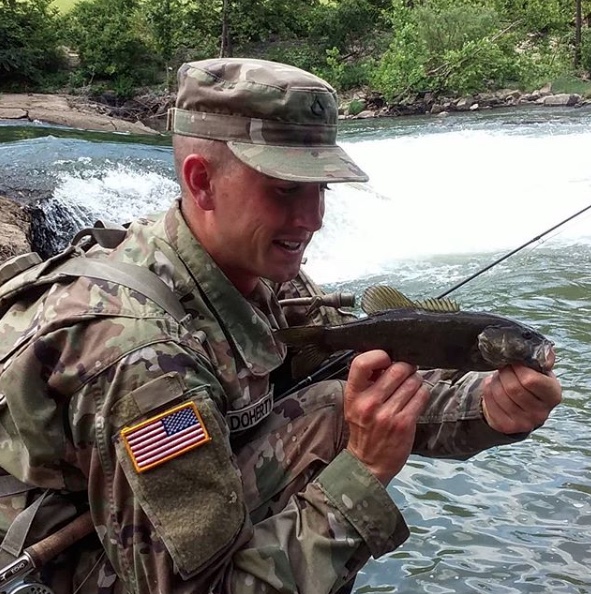 Doherty intends to serve his time in the military as a biathlete. He is applying to join the Army’s World Class Athlete Program (WCAP). The program allows enlisted members to train, compete and race with the goal of racing at the Olympics. With military duties modified for WCAP members, Doherty would be allowed to train as a professional athlete and be afforded a more flexible calendar when it comes to fulfilling his military obligations. For example, as a Guardsperson, he would be excused from monthly drills that traditionally the National Guard requires.

The athlete-military relationship is mutually beneficial. The Army is clear about what it gains from world class athletes among its ranks.

“WCAP also grants the Army important national visibility, and reinforces public pride in our Armed Forces. Especially during high-profile competitions like the Olympics, WCAP Soldiers provide positive role models, motivate their fellow Soldiers and give Americans another reason to get excited about the Army,” the Army states on the WCAP website.

In return for his service, Doherty can take advantage of a military stipend that helps cover his living expenses. He cannot, however, expense items like World Cup travel or equipment. His military salary will be commensurate with his rank with no additional financial bonus due to his WCAP status.

“The program would provide good financial support and some other benefits down the road,” said Doherty. “That was my thinking with that. We will see. I am just getting back into training and getting life figured out. It is a long term thing to see how this works out. And to see what this opportunity brings. You want to have those options and flexibility instead of being backed up against the wall a lot of the time.”

Speaking to Doherty, he relayed a calmness about his choice and the fact that training took a back seat to larger plans. Basic training is as we all imagine – a grind physically and mentally.

“Normal training just goes on hold,” said Doherty. “In basic training, you just have to go through it. You are busy, you are active, you are on your feet all day. You are just not training like a skier. But in some ways, I think it could be good. I think taking a break from rollerskiing sometimes is good for your body.”

He explained that his 10-week stint in basic training afforded him two five minute phone calls. Not the type of fluid communication athletes and coaches most often enjoy.

“I was trying to stay in touch with my coaches and update when I could and when I had access to my phone later on in my training. I tried to do what I could. I would explain the facilities in the weight room and get any ideas they had. But basically, they understood and said we will see where you are when you get home and take it from there.”

Since mid-September Doherty has returned to his training home in Lake Placid. He is in the midst of formally applying for the WCAP program as he preps for the ensuing race season. Doherty said he plans on competing on the World Cup, but understands his race schedule is in flux.

“We might be adjusting my schedule due to my modified prep,” said Doherty. “That’s how it goes and I will make the most of it and react as things go.”