Got back up to the venue this morning to check out the Classic Sprint course for tomorrow.  Lots of skiers cruising around the short 1.5km sprint loop, testing skis, inspecting the course, and doing final race prep.  Zero skis (with synthetic bases) were kicking the best and harries skies (bases rubbed with sandpaper) were gliding the best–hard wax and klister were out.  The forecast, however, is for colder temps and no precipitation tonight, so it’s likely that we’ll be racing on klister (really sticky wax) tomorrow. 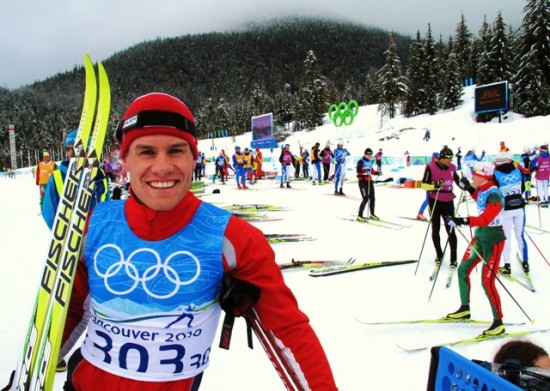 Simi Hamilton (pictured), Torin Koos, Andy Newell, and I will be starting the men’s sprint tomorrow, while Kikkan Randall and Holly Brooks will start for the women at 10:15am Pacific Time.  I’ll be in bib 48 and starting at 10:52am PT.  The Top-30 times from the qualifier in the morning will go on to race in the afternoon heats, starting around 12:15pm.  Heats will include 6 racers in each heat and the top-2 skiers will advance from the quarter final into the semi final, and then again into the final.

Sprint racing is arguably the most exciting cross country event to watch.  It is also the event that the Americans tend to do the best in (Kikkan Randall was 2nd at World Champs last year in this event).  If there’s one race to follow, this is the one! 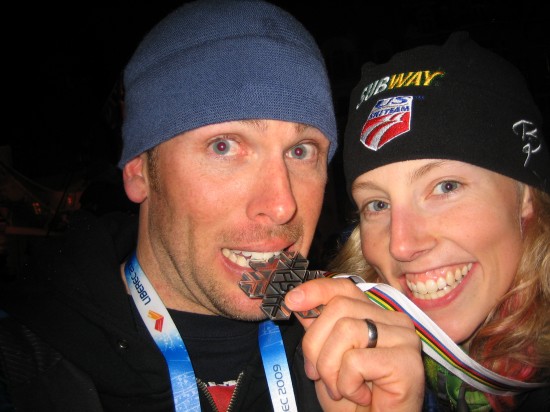 Kikkan Randall with her husband Jeff Ellis (on hand at the Games as an Australian wax tech) after winning the Silver Medal at Worlds in the Czech Republic last year.

When we’re not competing or training, it’s been a lot of fun to watch the live TV feed of other events at the Olympics.  Here, the French and Germans are watching their compatriots compete in the women’s biathlon this morning. 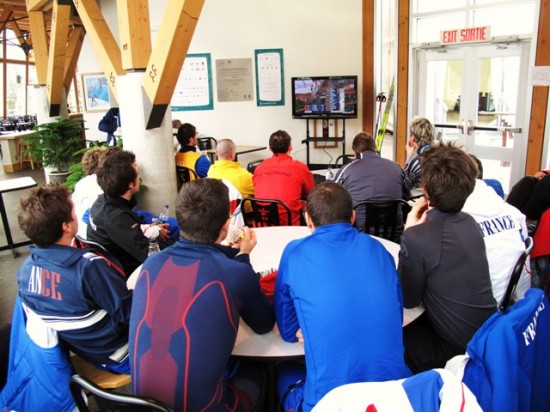 Randy Gibbs has been waxing literally hundreds of pairs of skis since we’ve been here.  He estimates that he waxes about 40 pairs of skis per day, including test skis for glide wax, test skis for kick wax, and race skis for athletes.  Each pair of skis gets anywhere between 3 and 6 layers of wax.  Over the course of the 28 days that he’ll be in Whistler for the Games, that’s over 4,000 layers of wax during the month that we’re here at the Games.  Randy loves to wax and, other than Bryan Fish, is better than anyone else. 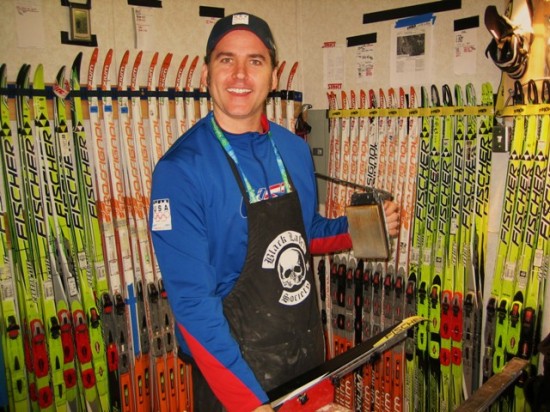 Randy getting some serious waxing done 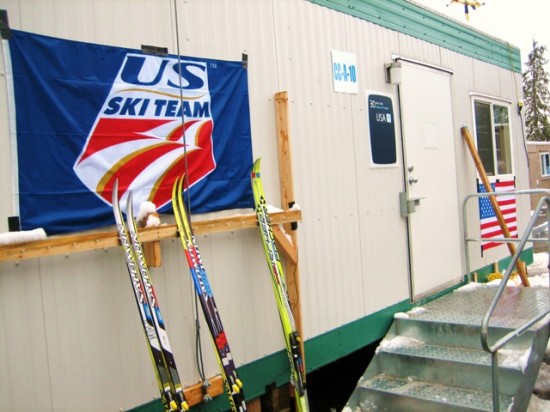 The US wax trailer at the Games 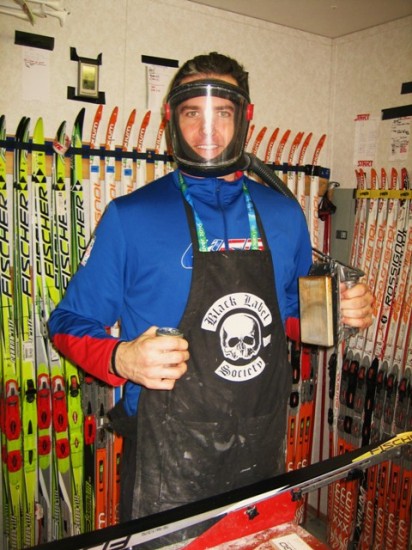 Randy with his industrial strength wax mask.  Maybe we need one of these in our dorm room. . .