Good-bye Park City; Hello Canmore.  Getting up at 4am isn’t always easy, but I woke up excited and ready to roll this morning.  Although it was a long travel day, each leg of the journey was dialed and on time.  I’m back in Canmore for the second time this season, this time for the final World Cup races before the Olympics.

The World Cup is a little different that the domestic SuperTour.  Going through customs into Canada, I was surrounded by Russian, German, and Finnish National Teams and their entourages of coaches, wax-techs, and therapists.  There’s a certain excitement that comes with traveling on the World Cup circuit.  I rode on the hour long shuttle bus from Calgary to Canmore with the Kazakh National Team, sans my old Salomon teammate Andre Golovko.  Kazakhstan, like the US, had 11 quota spots for the Games and Golovko just missed the cut.  Bummer. 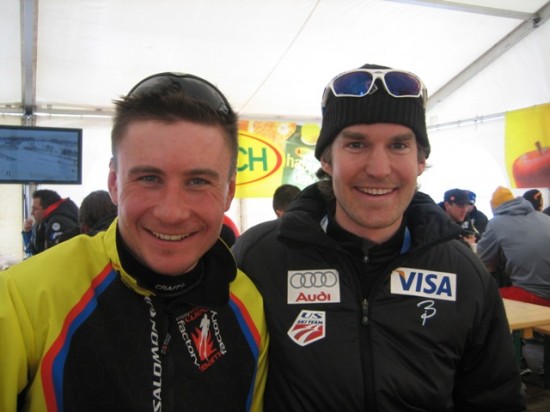 After spending the past three weeks in Park City, it feels good to be back at one of my favorite venues on the circuit and to catch up with friends I haven’t seen since Alaska.  The highlight for me was catching up with my teammate Matt Liebsch and his wife, MaryBeth, who are on their first vacation together since having kids 2 years ago.  After several Podium finishes at the Minneapolis and Telemark SuperTours the past two weeks, Matt sounds confident and ready to fly.

The conditions at the venue look optimal and I can’t wait to get out tomorrow morning and kick around the course! 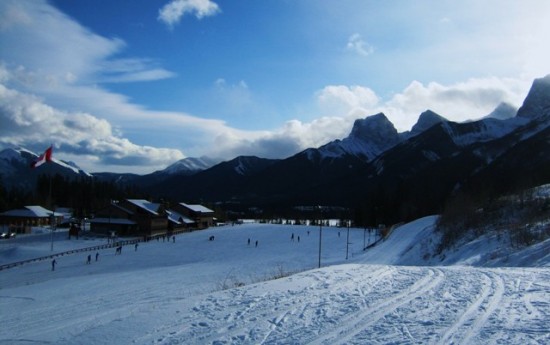