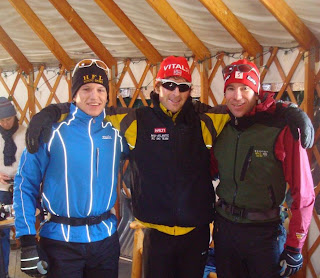 (Chad and Marty holding Jason up after the Loppet)

Some teams believe that they were the big winners this weekend but don’t let the hype fool you there was only one team throwing it down in NY this weekend!! You guessed it R.N.R!

still no computer… sorry about the lack of updates