Haven’t posted anything for a bit, but that doesn’t mean I haven’t been busy.  On the contrary, the past day has been extremely full.  Here are a couple of shots . . . 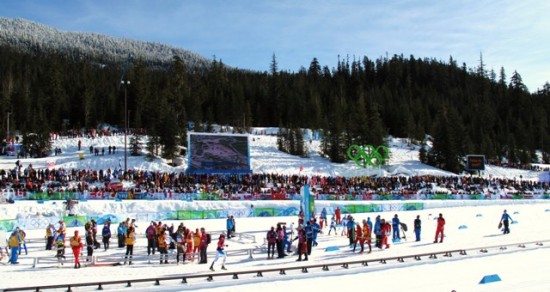 It was a full day at Whistler Olympic Park for the Classic Sprint with ideal weather and conditions. 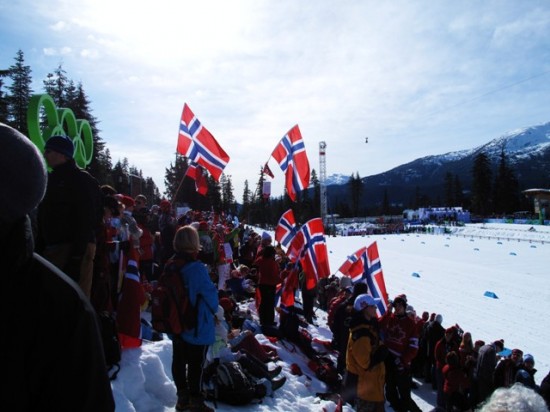 The Norwegian spectators, out in full force, were rivaled by the Kikkan Randall and Simi Hamilton Fan Clubs.

Spencer Paxson and Simi Hamilton kicking back after a big day of racing.  Congrats Sim! 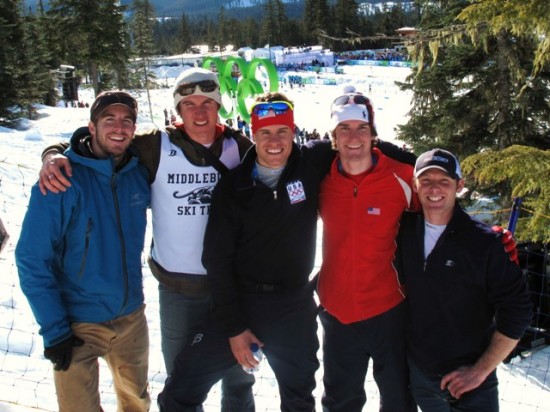 Gary and Janet Bohn made the trip from Minneapolis and have been hosting my parents at a condo in Vancouver.  Great to have so many supporters out on the trail.  Spirits were high on the beautiful Wednesday afternoon in Whistler. 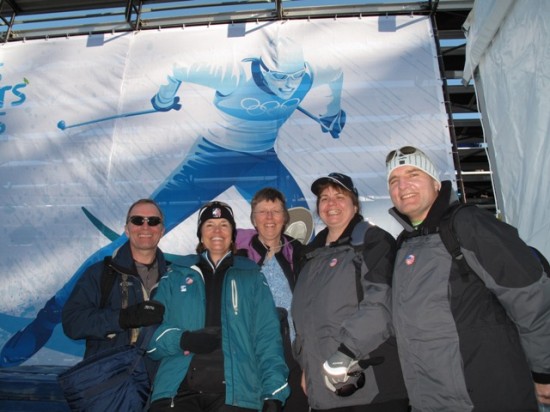 My CXC teammate, Maria Stuber’s parents, Aunt, Uncle, and Anne Riendl from the Lapham Ladies all made the trip to the Games as well.  Here, they’re kicking back after a long day of sprint racing.

Getting into the medals ceremony to watch Lindsey Vonn collect her gold and Julia Mancuso take silver was one of the highlights of the day.  Kikkan Randall finished an all-time US women’s best in cross country at the Olympics, finishing 8th.  We’ve still got some exciting racing to come on the cross country side. . . 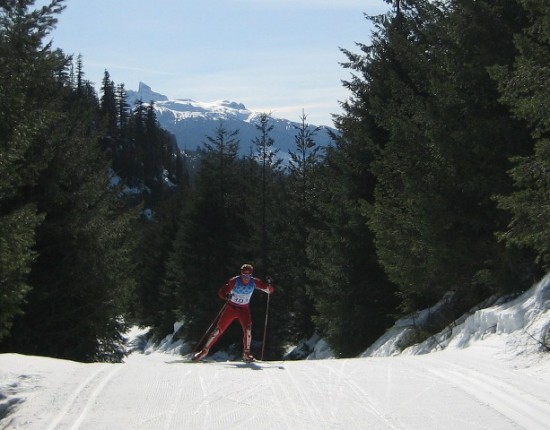 Simi and I got out for a distance ski on some of the tourist trails this morning.  Another perfect day in Whistler!  Black Tusk mountain overlooks the trail. 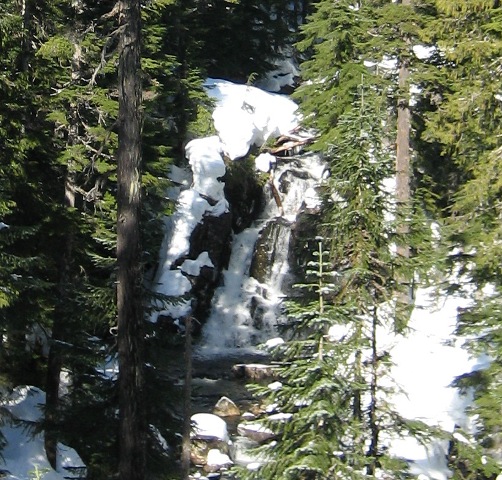 Donovan Dums just returned from a sweet trip to New Zealand and Australia.  He’s got some cool waterfall shots on his website that were an inspiration for this trailside shot. 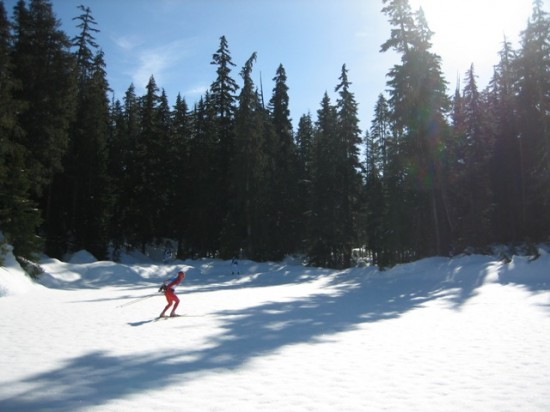 Even the crust skiing was awesome today.  It was fun to get off the race trails and explore some of the ungroomed stuff out in the woods. 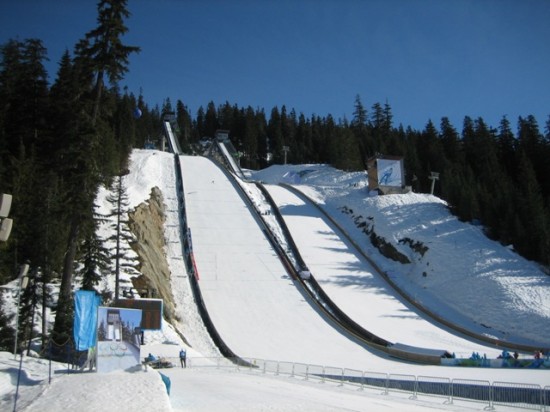 We checked out some ski jump training today too.

Sim decided he wanted to try out ski jumping too. . .albeit on a slightly smaller scale!

The stoke is high in Whistler.  I’ve got a few days off of racing and look to take in a few more events and some festivities before pulling on a bib again later next week. . .

Svendsen Wins 20k Individual, Then Come a Pair of Silvers

Dennis Kotcon and Frank Lundeen at the Pre-Birkie