That’s right. . .the Hopkins boys upset the number one ranked team in the state to take the Section 6 title this afternoon and earn themselves a spot at the Minnesota State Meet!  The two teams tied for points and Hopkins prevailed with a 6 second faster average time than runner-up Eden Prairie. 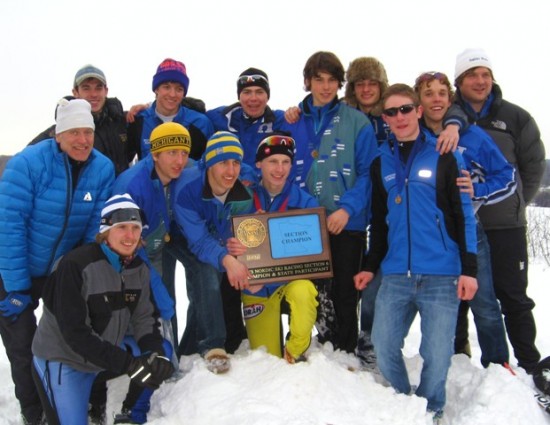 From Coach Rob Fuhr: “Today was epic, EP was amazing; they were there all pistons firing, but Hopkins prevailed.  Amazing day for all the boys.  Jack and Connor came in 1 and 2, a tie score for the team, then the tie breaker (whew) averaging the top 4 times.  Sarah Benton came in 4th after a great race and she goes to state too!  Great job by all the coaching staff volunteers and parents!” 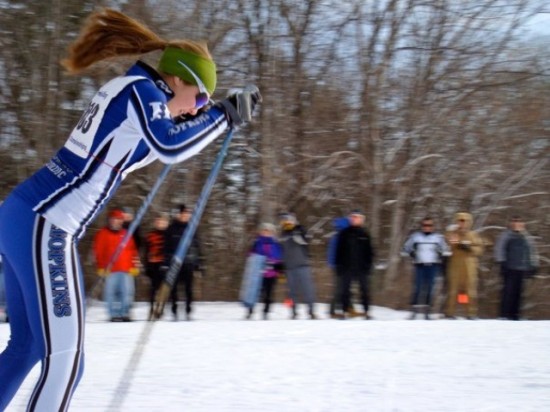 For those of you who are unfamiliar with the hierarchy of cross country skiing in Minnesota, the State Meet is huge. . .above the Birkie, above JO’s, and (dare I say) the Olympics (?).  I wrote an article that appeared in this January’s Cross Country Skier Magazine that you can order and read to get a better appreciation for the State of Minnesota High School skiing.

I had the opportunity to join the Hopkins team at a practice over Christmas and saw how much fun and how hard working this team is.  Jack Hinkens, who won the Section meet, can already destroy me on a mountain bike (although I accidentally almost killed him on a ride this summer – that’s a story for later), I think I’m going to have to start watching out for him on the ski trail as well. . . 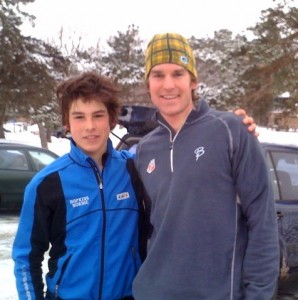 Congratulations to the Hopkins team and all the other Minnesota teams and individuals heading to State.  Keep it up!

A brief addition to this post. . .another fast mountain biker, Jake Richards, just won the Section 8 Meet, setting the stage for a big showdown between Hopkins and Maplelag.  Stay tuned.