Whew.  Wrapped up the 50km US Championship in Fort Kent, Maine yesterday.  Despite the 10″ of new snowfall we received the day before the race, the trail set up well for firm, fast conditions.  I had a solid 35km in me and cruised with the lead pack for the majority of the race.  CXC rookie, Tad Elliot, cruised to the front of the pack and put a serious hurt on the group and I was shelled off the back.  The CXC crew of Tad, Bryan Cook, Brian Gregg, and Kuz had a solid day as by far the best team on the course.  Once again, Fish had solid skis for us and the guys not racing helped by giving feeds–something especially important in a 50km.  Ivan Babikov, from Canada, took the race win and Tad claimed his first National Title. 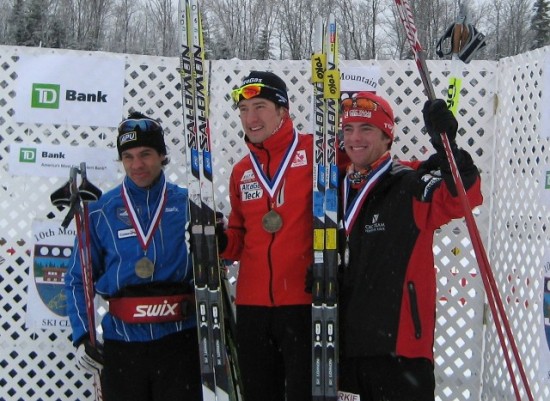 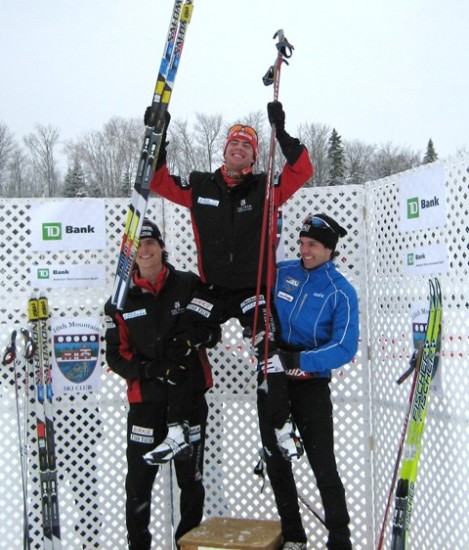 How does a National Champion replenish his sodium after 50km of skiing? 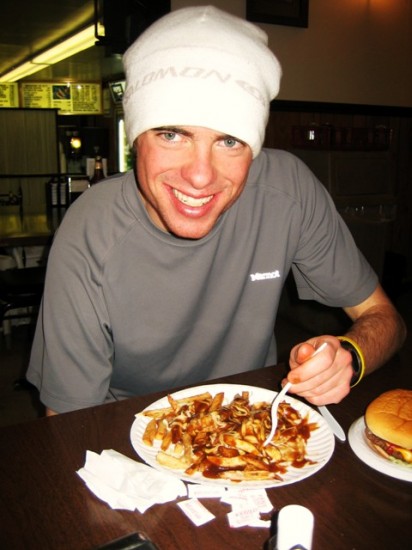 With a big plate of poutine, the local specialty. . . 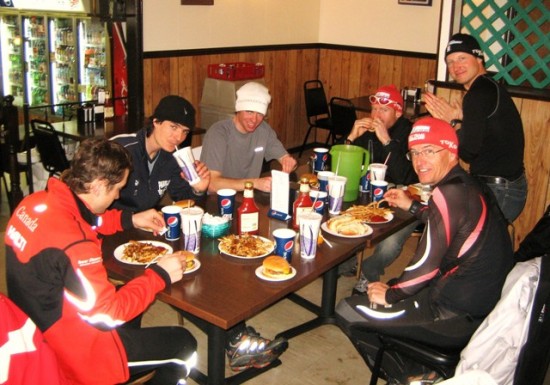 Mmmm. . .Al’s Diner in Fort Kent was a great source for refueling after the race.  Coach Fish’s orders!