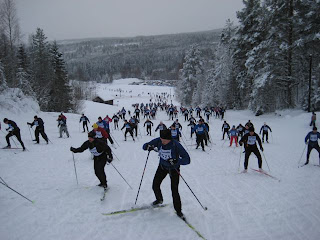 Sweden’s Vasaloppet is considered the largest Nordic race in the world. The big deal is the 90K classic mass start at the end of the week. But there are several races over the week leading up to that, including the world’s largest female-only race, a team relay, a half distance classic, a half distance skate and two days of Oppet Spar, or open track. This year’s Vasa week will draw more than 57,000 skiers. 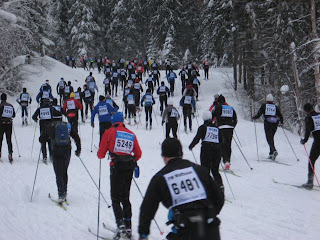 The Oppet Spar can be a tour or a race, depending upon your approach. Several U.S. skiers who were in the region for the Masters World Cup stayed a few extra days to experience the Sunday Oppet Spar, along with a little more than 8,000 other skiers. 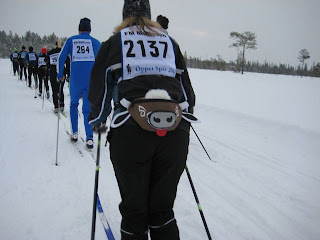 Skiers can start anytime between 7 A.M. and 8 A.M. There are cutoff times at each feed station. A chip keeps track of your time. 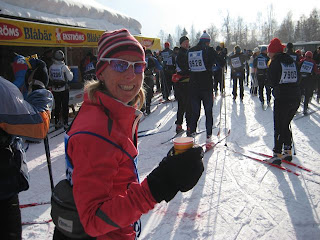 There is endless sport drink, water, blueberry soup, bullion, coffee and bread at the feed stations. Yes, you will get sick of them all. 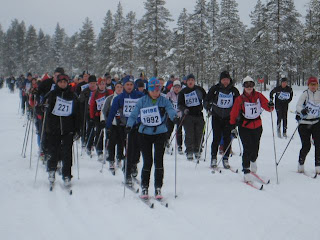 Crowds? You bet. Many times I headed up the middle or off the side to pass large groups. If you need practice on changing track, the Oppet Spar gives you several hours to perfect it. 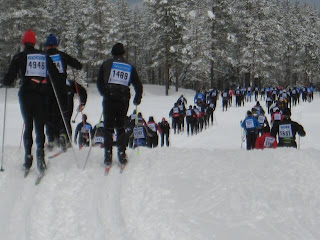 I can’t imagine a more pleasant long tour of the Swedish countryside. I did the Vasaloppet as a tour, stopping whenever I felt like it to take photos, talk to people or soak in the surroundings. At each feed station I waited for my wife to catch up. Sometimes I would go hard between feed stations. Mostly I didn’t. 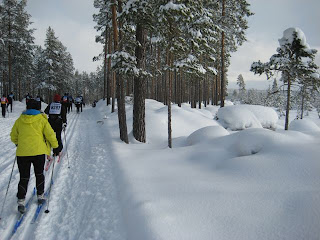 With the right outlook, there were places that you could revel in the chance to be skiing across Sweden, be overwhelmed by the simple rolling hills, the trees covered with snow, and the celebration of being part of such a group of folks who love to be outside in the winter. 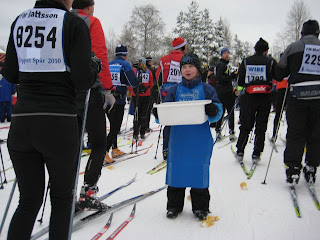 A volunteer handing out bread. The feed stations could be very frustrating if you were hoping to get through them in a hurry. But if that was your goal, you were probably in the wrong place. 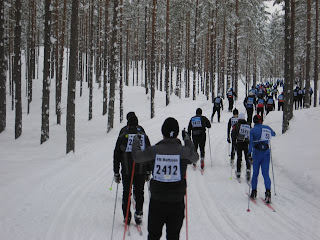 The terrain will feel very familiar to anyone who has skied in the glacial morraines of Michigan or Wisconsin. 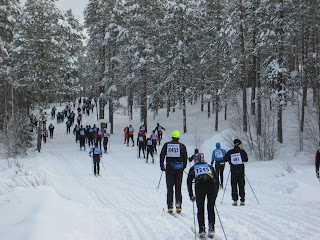 If you like to classic ski and are up for a bit of a challenge, the Vasaloppet should be on your list.

The new ski jump at Holmenkollen Park in Oslo. I’m back in...