Finnish skier Virpi Kuitunen is among the group of retiring skiers this year and she’s next in line for a retrospective look at her career.

First we need to dispense with the issue of doping.  Kuitunen was caught using a banned blood plasma expander at the 2001 World Championships in Lahti, Finland.  She received a 2 year suspension and then returned to racing.

Kuitunen has twice won the World Cup overall competition (2007, 2008).  I found 34 individual podium finishes<1 in distance events and 21 in sprints.  This includes Tour de Ski results as well, which she won in 2009.  She has never medalled in an individual race at the Olympics that I can see.  Her best Olympic results were a 5th in the sprint in 2006 and 9th in the 10km classic race, also in 2006.

Let’s look at her distance results: 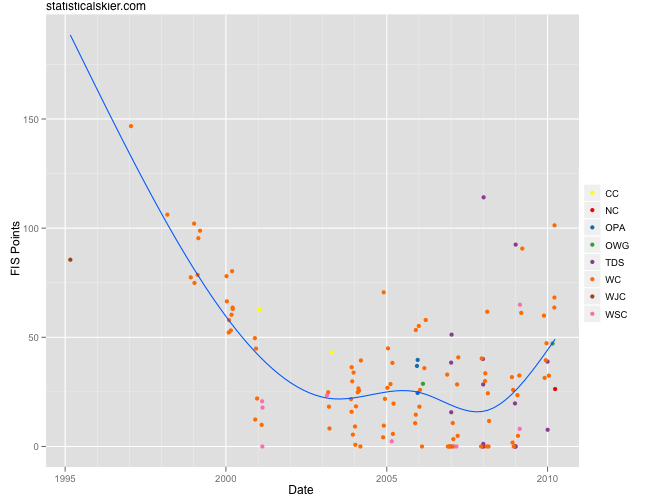 There’s a single World Junior’s result before Kuitunen started appearing on the World Cup scene in 1997.  Her dramatic improvement from 2000 to 2001 is evident, as is the gap corresponding to her suspension.  This past season was a bit of a drop-off for her, compared to a very consistent stretch of results from 2004-2009.

Let’s look at these results broken down by technique: 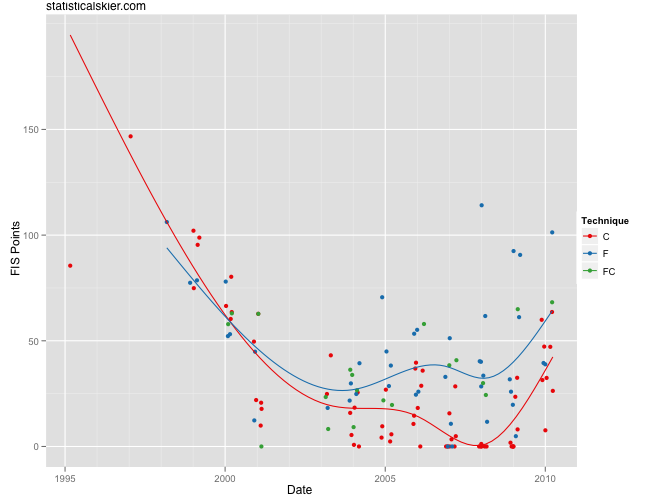 The FC category refers to pursuits.  For some reason, I had in my head the idea that she was a stronger skater, but clearly that’s not the case.  The 2007-2008 season in particular stands out for some stellar classic skiing.

Next, a look at these results classified by distance: 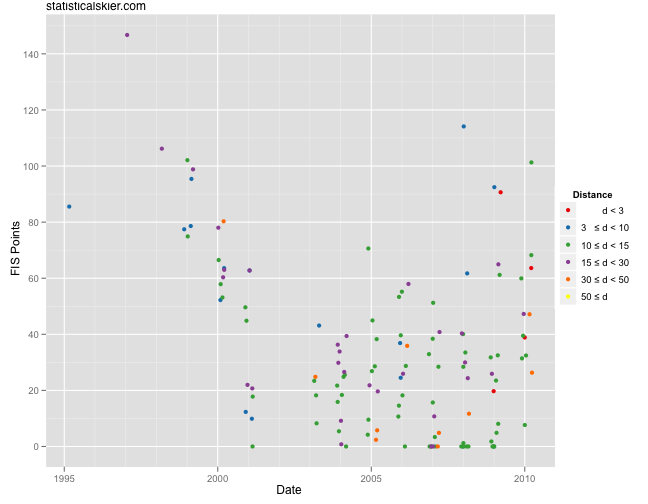 Not many strong patterns here, although you might argue that she was stronger at somewhat shorter distance (less than 15km). 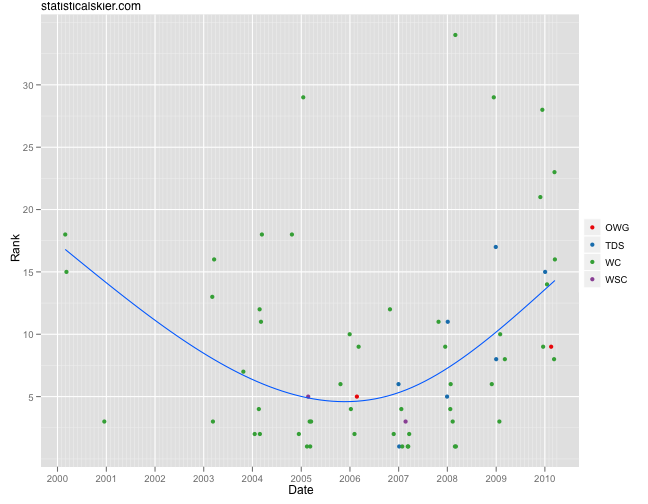 Seasons 2004 through 2008 were clearly the high point for her sprinting.  She clearly excelled at sprints, though, if you notice that nearly all of these results are better than 30th, meaning she nearly always qualified for the elimination rounds.  Was she a classic specialist in sprints as well….? 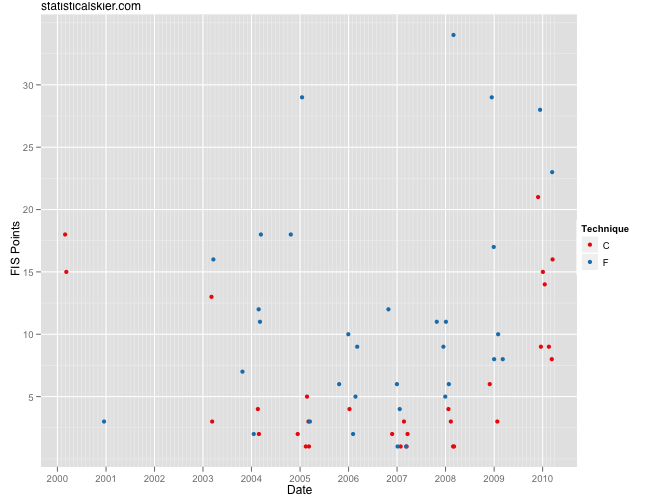 So there you have it, another career in pictures.  So long, Virpi!