Vincent Defrasne is a French biathlete who retired this year (only one more of these after this one, I promise!).  I can find nine podium finishes throughout his career, including a gold at the Turin Olympics (12.5km pursuit) and a bronze at the 2007 World Biathlon Championships.  In addition to these individual accomplishments, he’s been a part of numerous medal winning French relay teams. 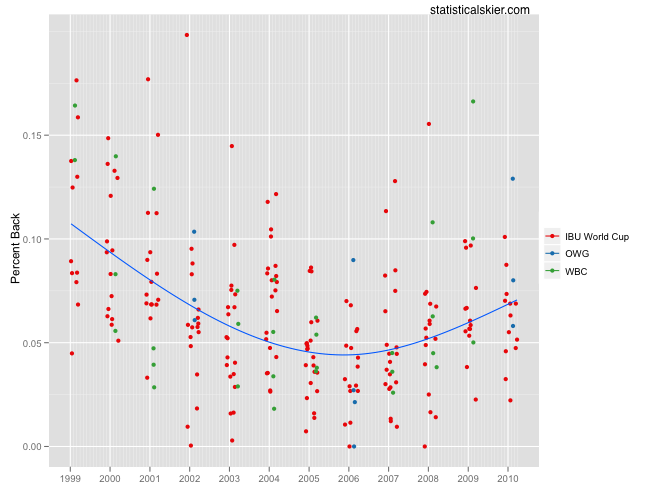 A pretty classic looking career, right there.  His career seemed to peak at a good time, coinciding with the 2006 Turin Olympics.  When we break things down by event we get the following: 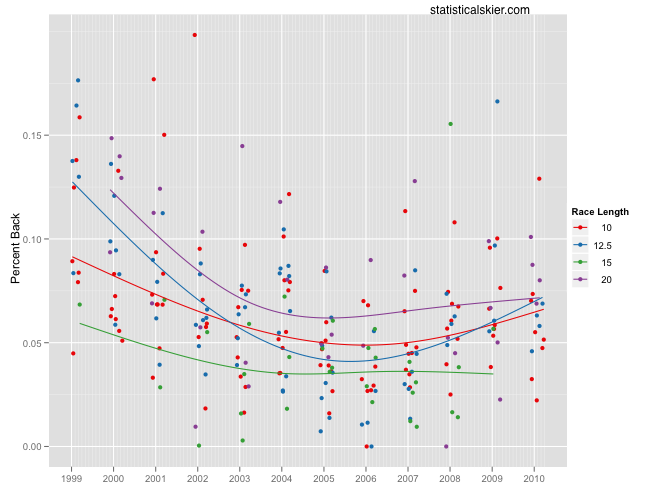 That’s a pretty consistent (though fairly small) preference for the 15km mass start event.  Although, now that I think about it, I haven’t made any correction here (or in any of the other biathlon posts) for the inevitable compression of the percent back measure in mass start races.  So I suppose it’s possible that Defrasne’s actually doing about the same, but that it’s somewhat easier to finish near the leaders in a mass start race.  Something to work on in the future… 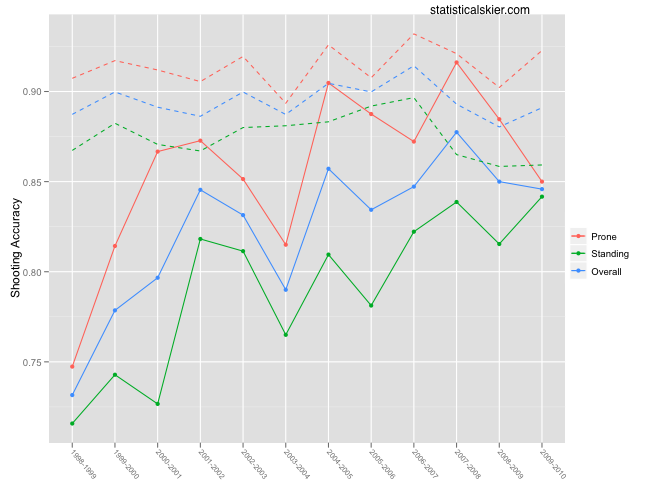 Some ups and downs, but generally Defrasne improved his shooting over the course of his career.  Once again, the dashed lines are the shooting performances of top ten finishers for each season.  Averaged over his entire career, I have him shooting 82.7% overall, 86.1% prone and 79.3% standing.  How does that stack up against everyone else? 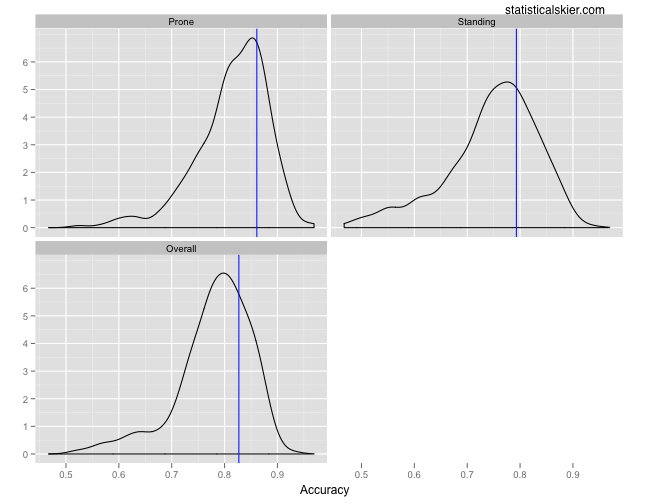 Definitely better than average, but not spectacular.