The mystery skier in question is currently active (i.e. not retired) and has reached the podium in at least one WC, OWG or WSC race per season for 11 straight seasons.  This is the longest currently active podium streak that I am aware of.

I provided some graphs to help: 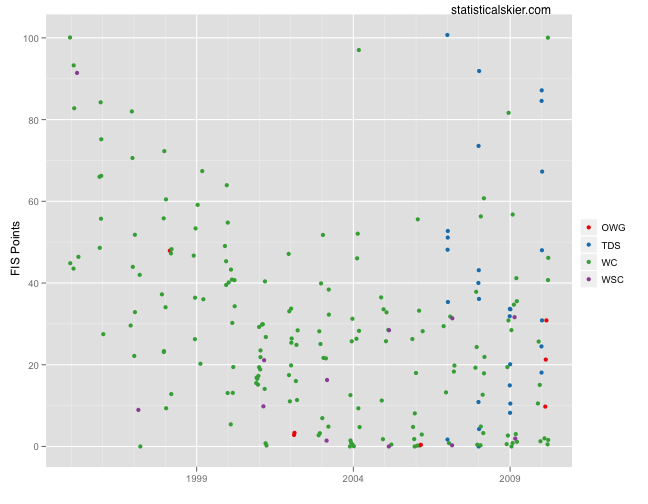 As a few people correctly guessed (via comments or private communication), this is the wily Italian Pietro Piller Cottrer.

I’m sure there are skiers with longer streaks than this if you include older seasons.  I opted not to focus on the single longest streak I have in my database (active or no) because the record holder in that case is Austrian Christian Hoffman, with 12 seasons.  And that just felt a little icky.  I also have 11 straight seasons with a podium finish from Stefania Belmondo, though of course she’s not skiing anymore.