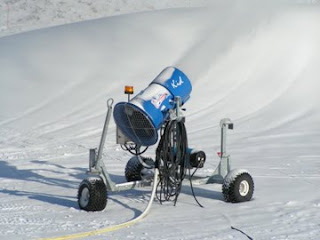 A snow gun going full-blast in Canmore trying to make up for a snow-less November.

I thought this post would be a hello from Canmore, Alberta, Canada, where USBA is currently having it’s on-snow camp and December World Cup/IBU Cup trials. However, it is instead a hello from the Albany airport, where I am currently killing time waiting for a shuttle back to Lake Placid.

The quick version of the story is that, until yesterday, there was no skiing at all in Canmore. So, the National Team coaches and staff decided that those of us pre-qualified athletes should leave Canmore and head to Sweden early where there is already 5km+ of great skiing. This has meant a lot of shuffling of tickets and last minute preparation, but here I am, just 6 days after leaving, back in Albany and heading to Lake Placid for re-packing and a quick turn-around for Sweden.

I’ll be off on Wednesday for Östersund, the site of the first World Cup, and am looking forward to a more relaxing lead-up to the first races. It will be nice to be there early and hopefully I’ll have more time to explore the city than I did last year. It’s going to be hectic couple of days back in Lake Placid, but well worth it to get good skiing in sooner. I’ll keep you all posted as I continue to country hop! 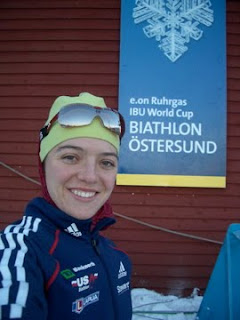