Day One.  Made myself a new pair of rock skis on the Plateau this morning, but still pretty sweet to be skiing on snow.  Even cooler to be getting snow reports from folks back home in Hayward and Minneapolis.

These skis were fresh before the ski!

The ground is frozen and it won’t take much more snow to make the skiing a lot better.  The whole team cruised together along the Plateau this morning.  We even came across bear tracks that followed the trail for at least 5km.  This afternoon I roller skied into the Park and had a standoff with a couple herds of elk with a couple of big bulls.  Great to be back in Montana (or Wyoming as the case may be). 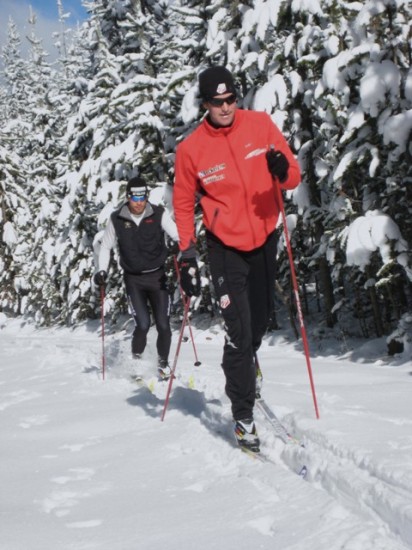 Rob Fuhr just sent me these photos taken by a student on Wednesday afternoon when I joined the Hopkins team for a Captains Practice.  Thanks to Connor Benton and the Hopkins Captains for getting me out.  There were over 60 skiers at the practice.  Dang! 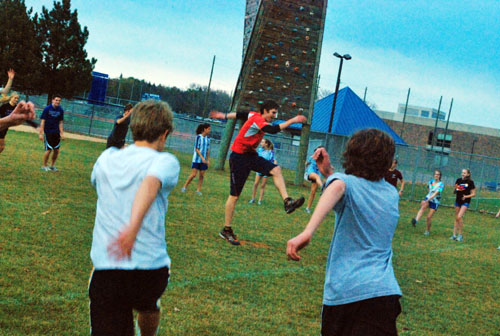 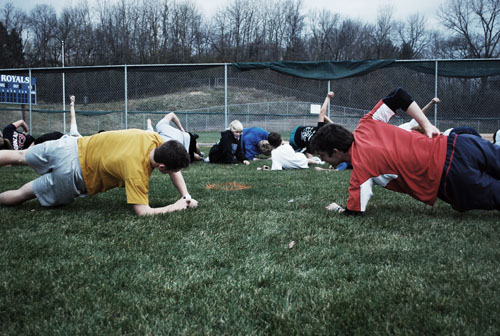 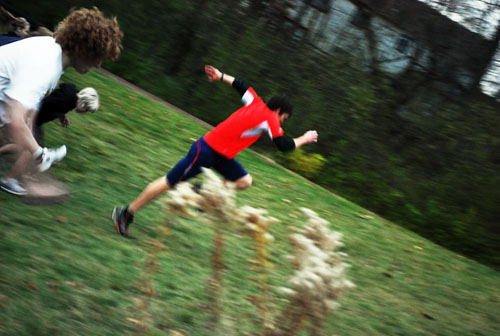 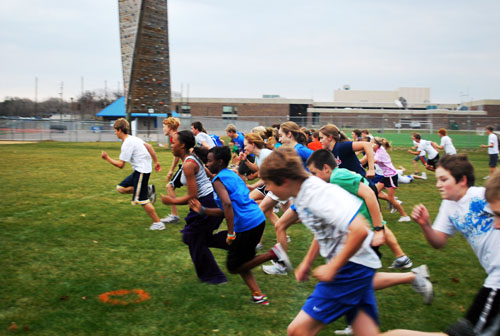 Garrott: “This exercise is really good for your skating.”

Connor: “We haven’t taught them about skate and classic yet.”

Well, luckily, these students joined the best ski team in the state and will soon be teaching all the other teams in Minnesota a thing or two about skating.

Congrats to the Middlebury Men’s and Women’s cross country running teams on qualifying for NCAA’s and making history.  The women have had plenty of experience at NCAA’s (including multiple National Championships), but it’s first time the men’s team has ever made it to Nationals.  Not a bad way for Terry to celebrate his birthday and his retirement.  Nice work Terry and Nicole!