As the final send-off before a winter on the road, I spent a week back in Minneapolis catching up with friends and getting skiers fired up for the season ahead.  A highlight of some of the events during a full tour include: the CXC Hoigaard’s SuperFit getting skiers outfitted with new equipment, leading a USSA Level 100 Coaches Clinic at Hoigaard’s, an afternoon of playing with the St Croix Valley youth ski club in Marine, an Olympic slideshow at Finn Sisu, and a morning with Madame Skold’s 5th Graders at the French Immersion School in Edina.

If you haven’t been to a CXC/Salomon SuperFit yet, you’re missing out on some pretty cool ski fitting technology using a “Flex Mat” to find skis with the best flex pattern (aka: the fastest skis).  That’s the same technology we use when picking our skis–the fastest boards on the tour.  There are still a couple of SuperFit sales coming up this fall, so check it out!

Another cool piece to the SuperFits are the USSA Level 100 Coaches Clinics led by CXC coaches and athletes.  At Hoigaard’s, we had coaches from St Paul Central, Edina, Bloomington Jefferson & Kennedy, and Anwatin Middle School/City of Lakes Loppet Ski Foundation.  Each of these programs has between 60 and 100 student-athletes.  By working with these coaches, we were able to reach out to over 400 junior skiers.  With the Minnesota State High School season starting next week, this was the perfect time of year to refresh the coaches on drills and skills to teach the kids. 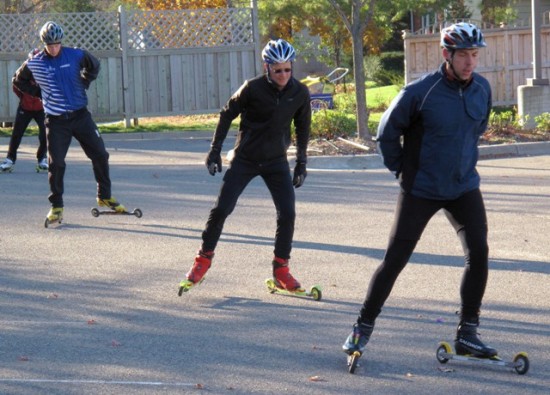 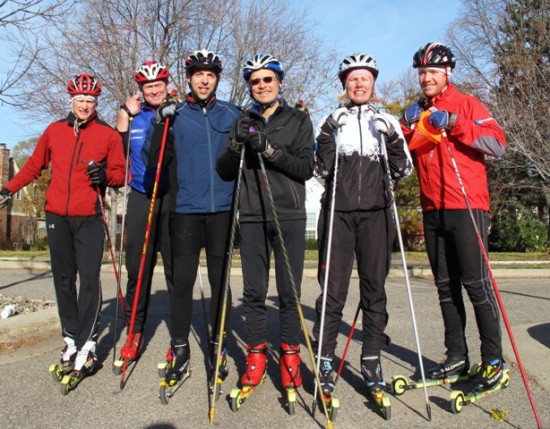 These coaches are taking a big step forward in Coaches Education: learning how to bring their skiers to the next level and have even more fun on skis.

If you haven’t heard of CXC’s Adopt an Athlete program, you should check it out.  Basically, groups or clubs come together to fund raise for CXC and essentially “adopt” an athlete of their choice.  The funds raised by the Adopt an Athlete program go towards funding the entire team, which covers coaching, training, travel, and race expenses for the CXC Team.  In return, the “adopted” athlete becomes affiliated with that club and can help them at various events of their choice during the year.

The club that adopted me is the St Croix Valley Ski Club in Marine on St Croix.  Led by Everett Myers, the club has over 120 youth skiers and parents that get together for a weekly Sunday ski all winter.  Last weekend, they hosted their annual club Ski Swap.  I have never seen so many tiny skis, boots, and poles getting passed along through the generations.  According to Everett, over 80 skiers signed up for the club on Sunday afternoon–45 of which were brand new skiers to the club.

It’s a real honor for me to be able to work with such an enthusiastic club and pretty cool to see individuals like Everett doing so much work to build the cross country ski community from the grassroots level.  Jessie Diggins, another CXC Team athlete, came out to help me work with the kids.  We worked on a variety of ski-specific balance, strength, and coordination exercises with a fun twist to keep the kids motivated.  We also played a variety of games, including football, soccer, and capture the flag.

One of the young skiers, showing off his new skis to Jessie.

After a full afternoon of games, the group relaxed in the Marine Town Hall with an Olympic Slideshow and the kids got autographs and postcards to take home. 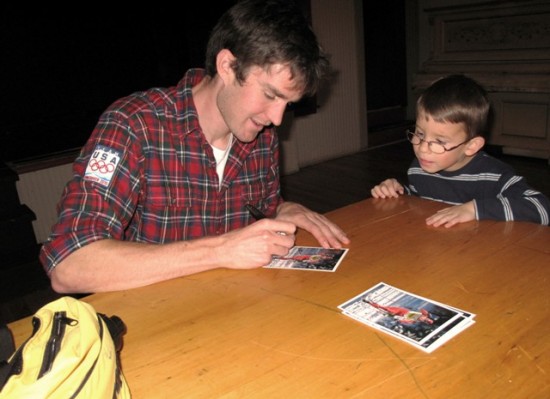 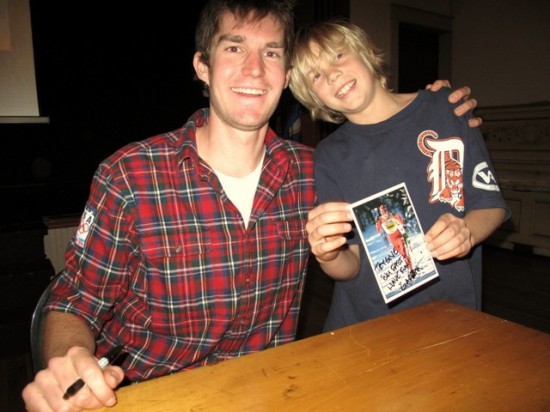 The final highlight of the week was a presentation to Madame Skold’s 5th Graders at the French Immersion School.  Unfortunately, the extent of my French is limited to “hello” and “good-bye,” so it was a pretty short presentation.

Actually, Mme Skold (my best friend Dan’s mother) got special permission from the principal to have an English speaking guest.  The class was very attentive and enthusiastic.  Many of the kids had even been to Hayward and seen the Birkie or skied in the Barnebirkie.  It was pretty cool to see a class full of 5th Graders fluent in French. 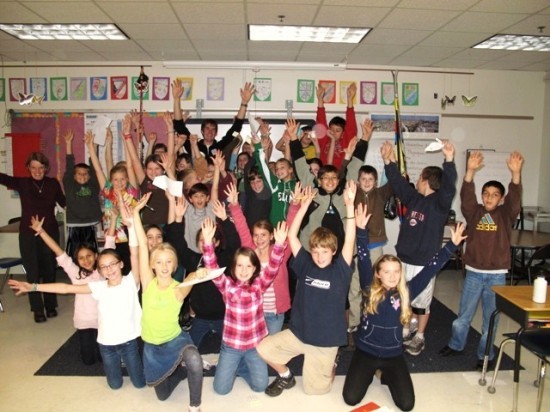 For now, it’s time to pack up and hit the road to West Yellowstone tomorrow morning.  After a refreshing rest week, I’m ready to start skiing.