As always, it’s nice to see plenty of North Americans jaunting around Europe getting in some good racing. I returned from my travels this weekend to learn that some Americans had some strong results at the Scandinavian Cups in Estonia. Let’s take a bit of a closer look at the distance results, shall we?

First off, Reese Hanneman was the only American to race the 15km classic race. As best as I can tell, there were precisely two athletes in that race that he’d faced before, both of them at World Juniors last season. (In both cases he still lost to them, but by much, much less.) So I’m not even going to touch that one. Too little data.

Even for the women, the number of athletes that have faced each other before is fairly small, so keep that in mind as I run through this. Let’s start with Ida Sargent, who finished 21st, earning her 67.77 FIS points, which is quite good for her: 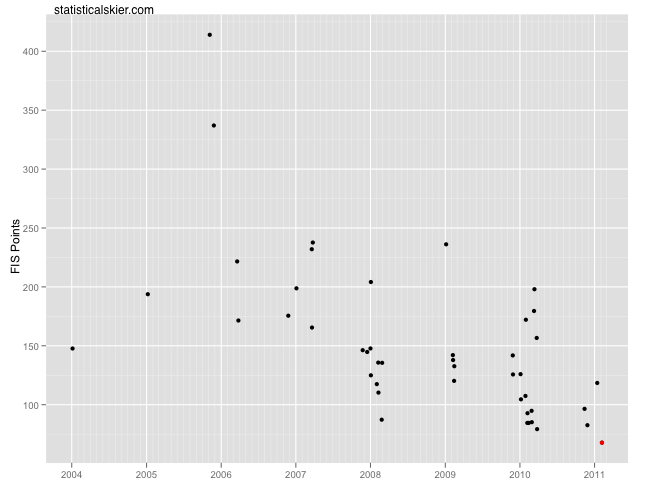 Excellent! Lower points is always a good thing. However, what happens when we look directly at how she skied that day compared to her performances against those specific skiers in the past? 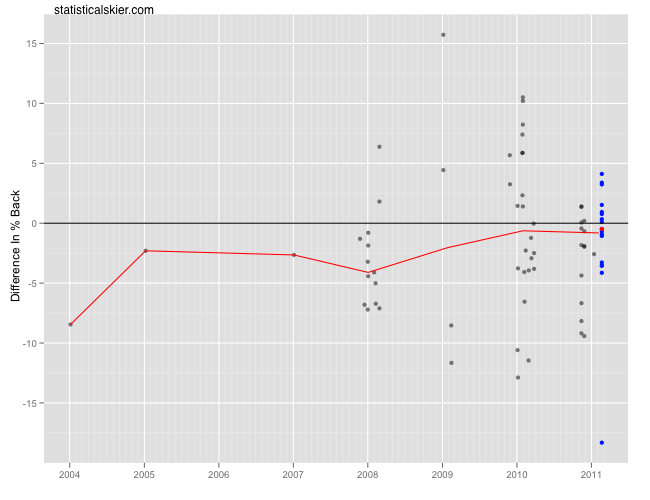 This looks more “par” to me, or even a bit sub. Recall that each point is an instance of Sargent racing against one of the competitors from Sunday’s distance race; negative values are good, positive are bad; the median over time is in red.

Obviously, there still isn’t a ton of data for comparison here. I mean, half of the data in this plot is comprised of past match-ups with other North Americans. So what if we’re interested in a more focused comparison with just the European women she’s raced against previously? 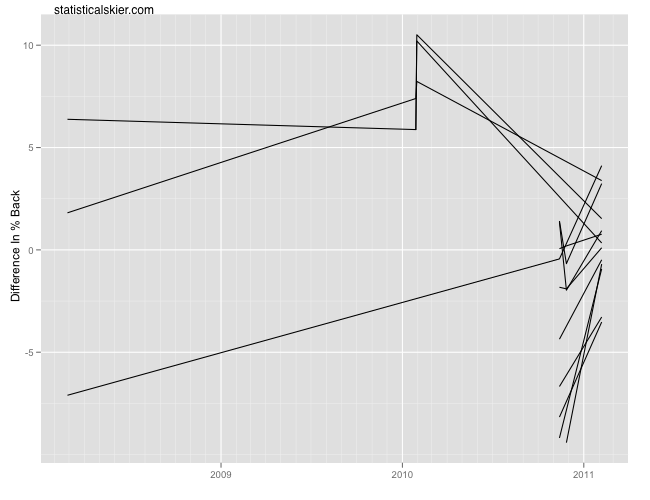 I’ve grouped the values by competitor, so each line is one of the European women from Sunday’s race that she’s faced before. What we’re seeing here is that there are a handful of skiers who she did really poorly against last season at U23s, but nearly everyone else she faced earlier was back in November. And in basically every single case, Sargent skied worse relative to those ladies than she did in November.

Of course, lots of different things could be going on here. It’s well known that Ida Sargent was involved in some sort of car accident around Christmas (and thank goodness she’s ok!) which has impacted her skiing for much of January. It’s tempting to construct a story about peaking that posits that many of the European ladies I’m comparing Sargent to were not in great form back in November, but have since improved dramatically. More likely we’re seeing some combination of the two: Sargent is still off her game a bit and the other ladies have skied into better form over the past few months. 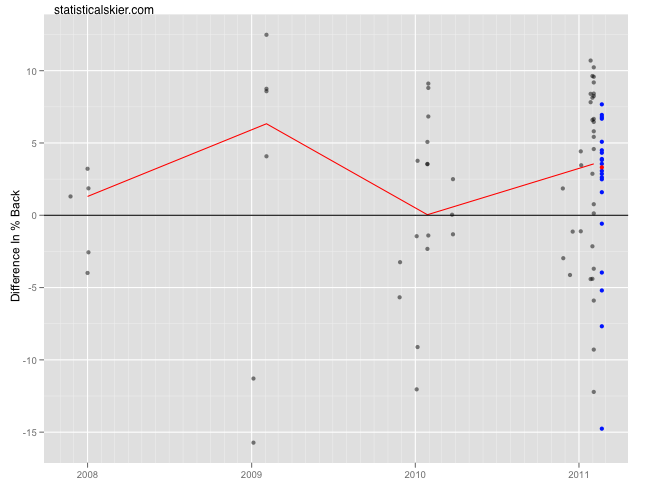 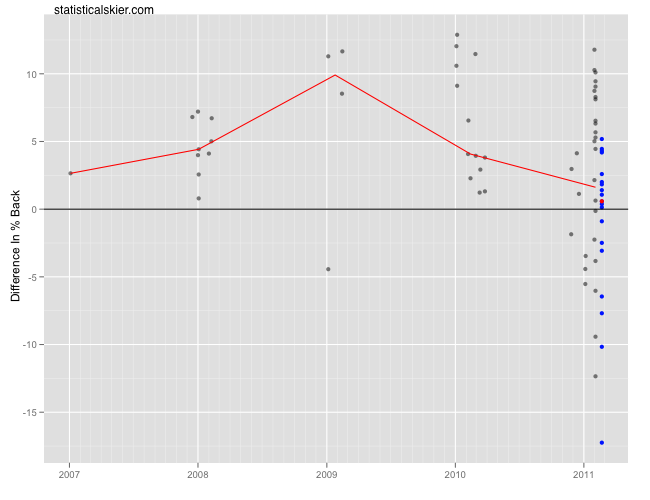