After taking a bit of a break from the high profile races through January, Nicole Fessel popped up again this past weekend at the OPA Cup races in Italy. I’ve noted earlier that she started this season with quite a bang, and she picked right up where she left off, winning both the sprint and distance OPA Cups this weekend.

I don’t have a ton of great comparison tools for sprinting, but we can look more closely at her distance race. In terms of FIS points, it might look OK, but not spectacular: 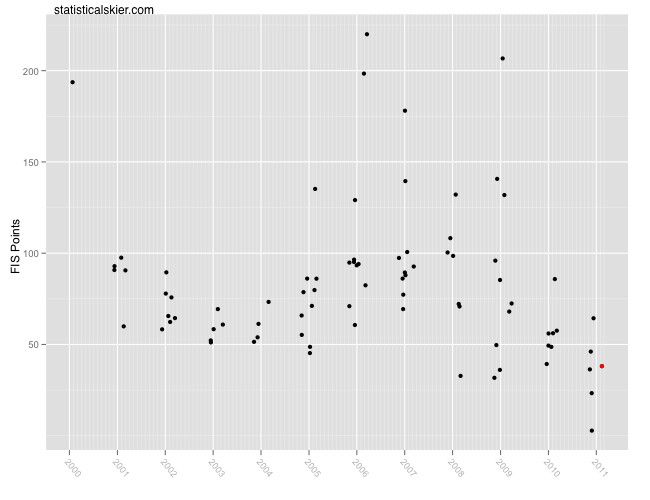 But of course, the penalty may or may not have captured what we’re trying to measure. Instead, let’s look at a percent back difference plot, tracking each head-to-head performance of Fessel versus one of her competitors from this particular OPA Cup race: 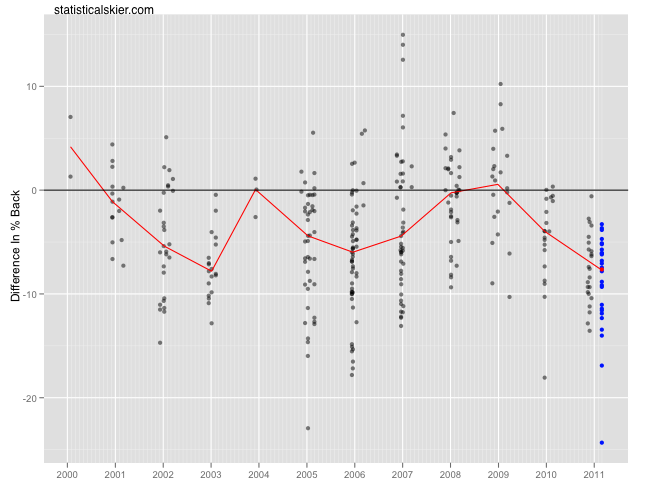 What I take away from this is that Fessel seems to have picked up right where she left off. This weekend she skied practically identically relative to her competitors compared to how she fared against them earlier in the fall. If anything, she may have done a tad better.

She may be a skier to watch going into World Championships.

Picking up the pace!