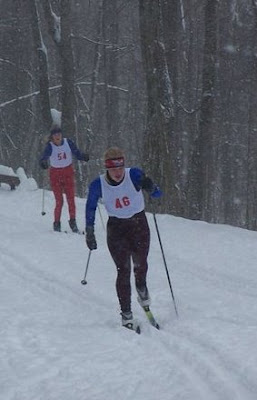 February is the start of the Championship push here in NY. It started last weekend with Sectionals. For those of you unaware with the term ‘Sectionals” it is the title given to the championship used to name the best team within a predetermined area of the state. The race is also used to qualify individual athletes to the state championship with a finish in the top 12 in the distance race getting you a seat on the bus. The state is divided in to 11 different sections with our section being numbered number 5. Section 5 has a deep tradition in Nordic skiing and also has a great depth of talent, so making the state team is no small feat.

We were blessed to have great conditions for the race and the Rochester Nordic Racing summer athletes showed up in a big way. At this point in the season it has been pretty evident that those athletes who were working hard this summer have been reaping the benefits. Saturday was no different. Leading the way and winner her first Sectional Championship was Alyssa ! She skied a great race and came away with a 42 second victory over Hanna who skied a great race to finish second! The biggest story of the day might have been Margot who finished 3rd only 22 seconds behind Hanna, coming in 4th was Emmy to give R.N.R summer athletes places 1-4 ! Kate had a great race as well but was the last one out and finished 13th missing qualifying for states. She worked hard all summer and my heart goes out to her as I know she was aiming to qualify, I’m sure that she will not forget the result though and will be back at it this coming summer. All in all it was a great day for the girls, going 1-4 at sectional is a pretty impressive result. 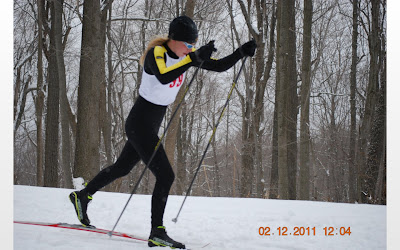 On the boys side the summer athletes also had a great day. Leading the way was Reed, finishing behind the strong duo of Kevin and Brad and finishing on the podium in 3rd. Reed was only 5 seconds out of 2nd place and 23 seconds out of the win so he had a good race, hot on his heals and challenging Margot for the most impressive race of the day was Gavin. In only his first year of skiing he finished an amazing 4th place and had many asking who is “Gavin” and where did he come from, right behind Gavin in 5th place was Langton. Langton is skiing better and better as the season progresses and could really surprise some people at states. Next was Eric in 7th place and Adam in 8th giving R.N.R athletes 5 of the top 8 places. As in the girls race we also had another 13th place finish in Dylan who just missed out on qualifying for states by a mere 4 seconds! As with Kate I know he had worked hard this summer and season and I feel for him as he missed out on qualifying for states. Marco also had a great race finishing in 21st, right behind him was Emmet in 22nd, Mike finished 27th, and Ben was 39th. 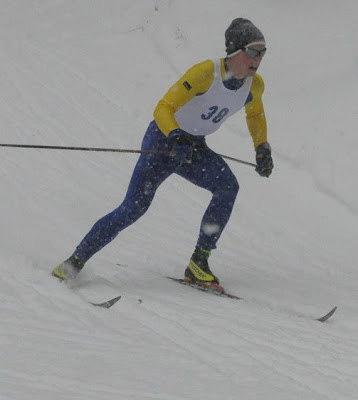 All in all it was a great day for the summer athletes and most of them will continue racing in two weeks at States. Those who did not qualify for states will continue training for JO’s, Eastern High School Championships and the J2 festival.

As with anything it is not a one way street when it comes to an athletes development, and I want to congratulate and thank their respective high school coaches first for letting their athletes work with me over the summer, and secondly for all of the hard work they have put in throughout the winter. Coaching at the high school level is a very difficult task and especially in the public high school system as athletes abilities range from learning to ski to trying to win a state championship. It is not easy and I commend them all at the job they have done this winter with all of their athletes! I can’t wait to see what happens at states and good luck to all of the athletes representing section 5 !! 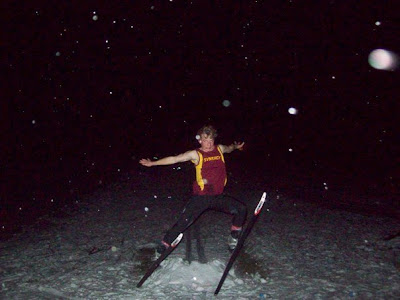 (Congratulations to Reed on his 3rd place at Sectionals)