FasterSkierFebruary 18, 2011
On Wednesday GMVS hosted the third annual Sweetheart Sprint Race on a fast and twisting track around the soccer field.  Sixty skiers, between the ages of lollipopper and parent, participated in a team relay and an individual challenge.  Teams were created with the hope of having many “like” speeded teams – to make the racing exciting to watch and participate in.  Each team had a GMVS skier or a coach as a captain – that helped keep order and also gave the younger skiers a chance to be on a team with a fast racer!
The event was full of cheer and aimed to be on the fun side of competition.  There was an Opening Ceremony with flags from five nations, many festive outfits such as cowboys, valentines, rabbits and a fox, and awards for the top three teams and individual performances.  The Headmaster, Dave Gavett, who spoke to the character and energy of Nordic skiers, greeted the parents who were in attendance.
After all the snow settled an all-female team took top honors in the relay event.  Elena Luethi captained her three-skier squad of Isabel Jamieson and Chloe Riven to victory in the “A” Final.  Second place went to Bear Simmons team of Tanner and Elliot Ketchel and Tristen.  Taking the bronze was Devlin Shea’s team, the Snow Leopards, composed of Noah Williams, Julia Brophy (who knocked her dad’s team out of the medals), and Ani Williams. 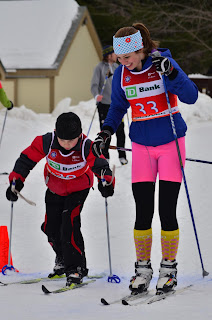 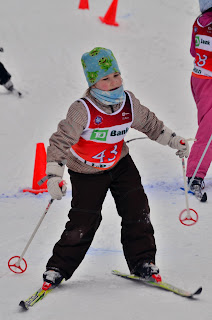 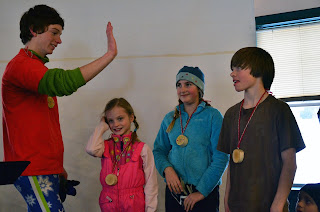 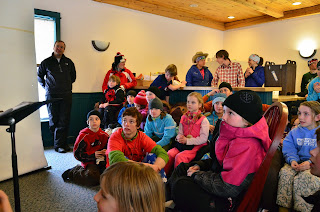 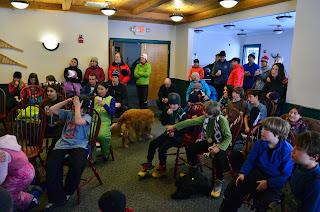 Special thanks to GMVS for hosting the event, NENSA for providing bibs and race support, and the kitchen staff for providing huge chocolate chip cookies and hot chocolate!  The conditions were once again terrific, with ample and fast snow cover.  Stay tuned for more fun racing action here at GMVS!!
All photos courtesy of Todd Carroll. GMVS.

Shut Out From the Worlds Course – Built His Own