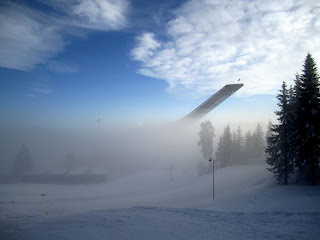 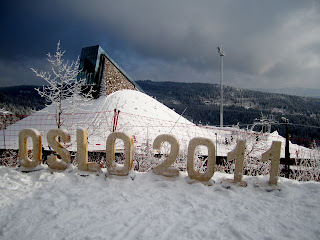 I am finally starting to catch up on life since just recently returning to Anchorage after nearly 4 months straight on the road. I feel like for the past month I have been in a dream… where everything is moving so fast and its just too good. 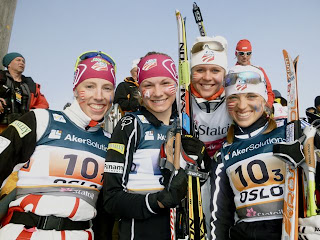 Some of the US ladies after races 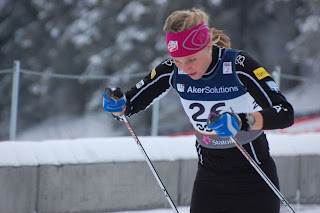 During my two weeks in Oslo for the World Championships I was in such a daze that I struggled to really let my emotions catch up and feel how amazing it was. Once the week of racing started… everything started moving so fast that I couldn’t keep up. I couldn’t even describe anything from the week other than AMAZING. It is hard to put words to what it feels like to ski through a tunnel of at least 10,000 people screaming at the top of their lungs. The feeling is just amazing. All I could think was how lucky I am to be involved in the sport that I am. 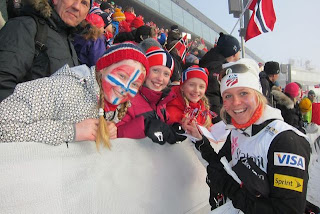 Giving my autograph to my first fans 🙂 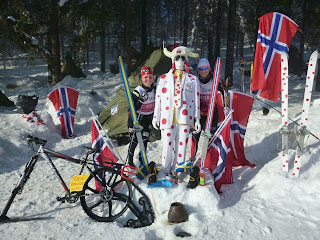 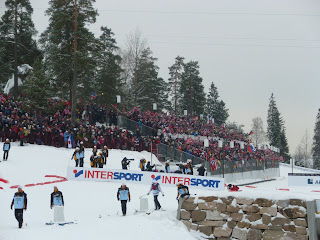 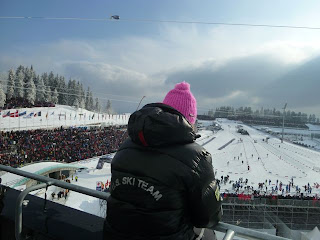 Great spectating from the roof of the athletes cabin 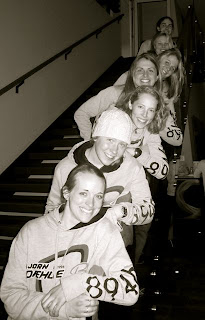 The Norwegians are incredible. They are so passionate about the sport, they just love it. The majority of my races fell on days that it was so foggy you couldn’t see much further than 5 feet in front of you. I imagined this would hold back some spectators… but with no fail all the norwegian fans were still out there screaming their faces off into the fog. I am convinced they had no idea who they were cheering for, or if they were even cheering for anyone. Maybe they just screamed straight for two hours. Regardless, they were still keeping the spirit going. 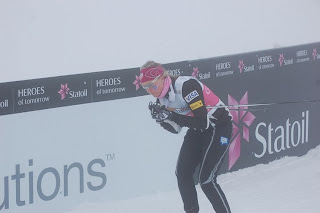 Warming up in the fog 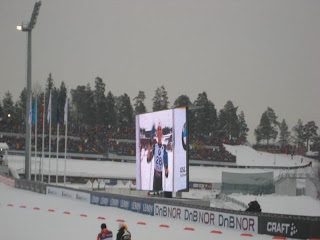 Me on the big screen

Besides the sprint race I got to start two other races during the week. The 10km classic and the Team Sprint.

The 10k was awesome. I started bib 26, so pretty early. The course was by far the hardest course I have ever skid.. so I just went out and tried to ski hard from the start. I kind of knew there would be a point where I would blow up… but I was hoping the noise of the fans would keep me going. Which is exactly what happened. I crossed the line in first place as I came in before many of the lead skiers- but I got to sit in the leaders chair for a while, which was super fun. I have never gotten to sit in the leaders chair before, and yes it is just as comfy as it looks 🙂 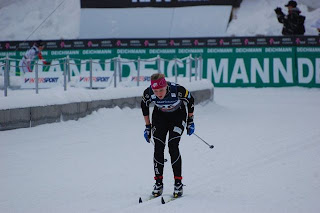 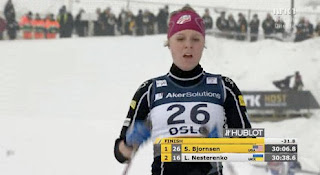 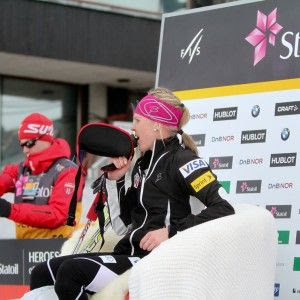 Relaxing in the Leaders Chair

Two days later I got to start the classic team sprint with Kikkan. I have done one team sprint before nearly 3 years ago. I have to say this team sprint at World Champs was an entirely different race though. These girls went out my top speed sprinting pace from the start. Team sprinting is difficult because you have to race 3 times in the Semi-Finals. Then if you make the A-Finals, you do the same thing again, 3 more hard efforts. I was a bit nervous, knowing I would have to save some energy for such a long race. Semi-finals were great. Kikkan and I managed to gradually move up through the race and come in 3rd, moving us onto the finals. When the A finals came around 45 minutes later, I struggled a bit more. By the last lap of the finals… the wheels started to fall off. It was all I could do just to get to the finish to tag Kikkan. We still managed to finish 9th at the end of the day, which was fun. I think with more endurance training, this could be an awesome race for us. It sure is tons of fun though. Gives you six chances to ski right in there with some of the best sprinters in the world. 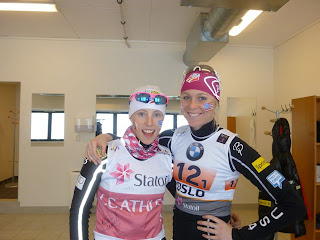 Kikkan and I with some American Spirit 🙂 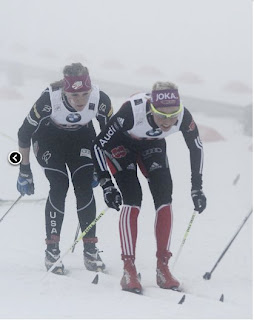 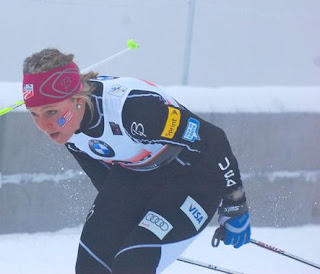 Team Sprinting in the fog!

As the week concluded, it was so sad to leave Holmenkollen. THinking back to two months ago, when I first got named to the team, so many people told me this was an experience I would remember for the rest of my life. They were right! Not only was it amazing to be part of it, and get right into the heart of ski racing- but it was incredible to watch everyone else. Skiing around the trails on recovery days with Kikkan and listening to everyone chant her name was just inspiring. I think besides their own norwegian skiers, Kikkan may be their next favorite skier. Also watching Bjorgen and Northug do their warm- ups around you and then going on to working their magic in front of your eyes… its just something you can’t appreciate in full until you see it in person.

Thanks to all the Norwegians for making it truly amazing- as well as all the americans who came over and cheered. Also thanks to all the people who sent good luck over facebook or emails, it was so fun to have so many people following!! 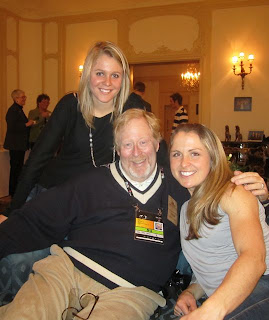 We took a trip to the Ambassadors house midweek. Here is World Champs announcer, and good friend Peter Graves with Holly and I 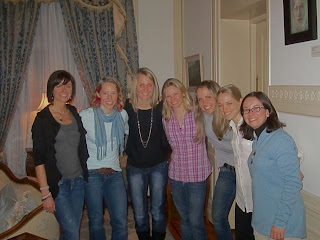 Introduced into the world of World Cup racing in Drammen, Norway- introduced to World Champs racing in Holmenkollen…. I think I may be the luckiest person alive 🙂

From here I chill out and train for 2 weeks here in Anchorage before going to my final week of racing in Sun Valley for spring series. 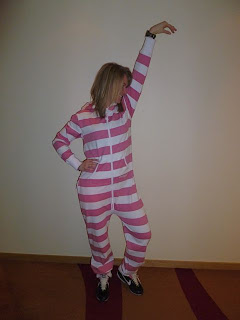 Joining the true norwegian style with my new Onesie

Thanks to all the coaches and wax techs for making the week rock!!