Once again nothing spectacular from the North Americans, but nothing truly horrible either. Here are the Americans: 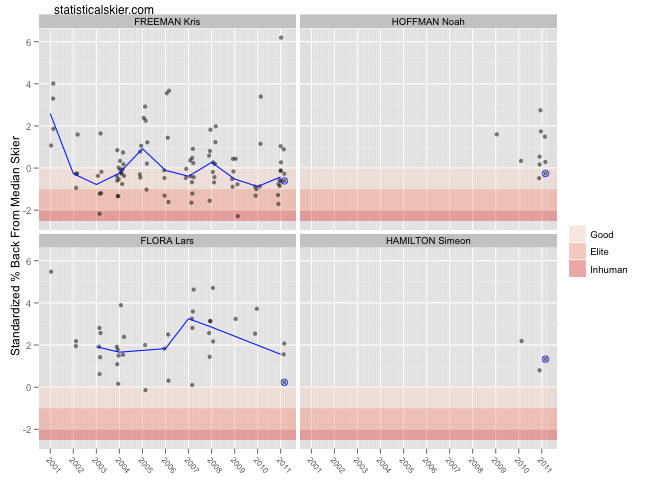 That’s a pretty average race for Freeman. His best efforts this season have been just above -2, which would likely have just put him in the top ten today, and I mean that literally: he would have been 10th. So if you are inclined to give much credence to these kinds of comparisons (and let’s face it, this is wild-ass speculation) even if Freeman had put in an effort as good as anything he’s done this season, it probably wouldn’t have netted him a medal. Hoffman however, had a fairly strong race for him, as did Lars Flora.

Turning to the Canadians, who were resting Harvey and Kershaw for the team sprint: 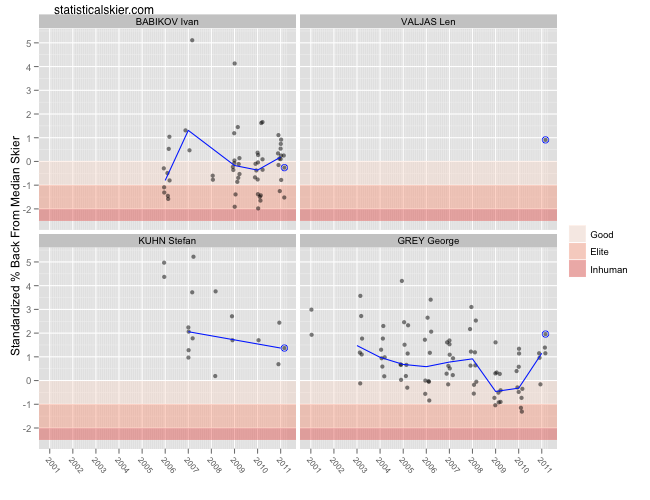 Sadly, another terrible race for George Grey, even compared to his pre-2009 self. Babikov had a decent day, especially considering that he’s typically better in skating events. And I suppose this means Len Valjas probably has won the relay team start sweepstakes? We’ll see…

Best of Times for Canadians, But Merely Solid Day for U.S.