If you imagine a typical skier’s career in FIS points, it will often follow a vaguely parabolic shape: they get faster for a while and then get slower for a while.  Somewhere in between there they “peaked”.  Our goal in this post is to estimate approximately when this occurs for each athlete and then see what we can learn from this, if anything.

To estimate each athlete’s peak, I simply fit a trend line to each skier’s age vs. FIS points data and look for the minimum of that curve.  (Lots of technical details have been omitted for your sanity and for mine.) 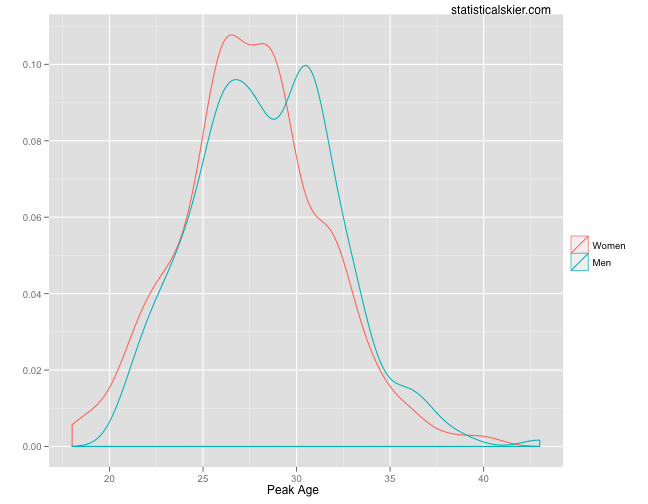 Some people are never quite a fast as they were when they were 22.  Others don’t really get going until they’re in their late 30′s.  But most skiers peak sometime between 25-30.  At least, that when they have their best results internationally.

Here’s another interesting way to look at this, the technical details of which I’m again going to omit.  The following plot shows the average tendency for skiers to be faster or slower at a particular age than the year before.  Negative values means they’ve tended to have improved over the past year, positive values mean they’ve tended to become slower: 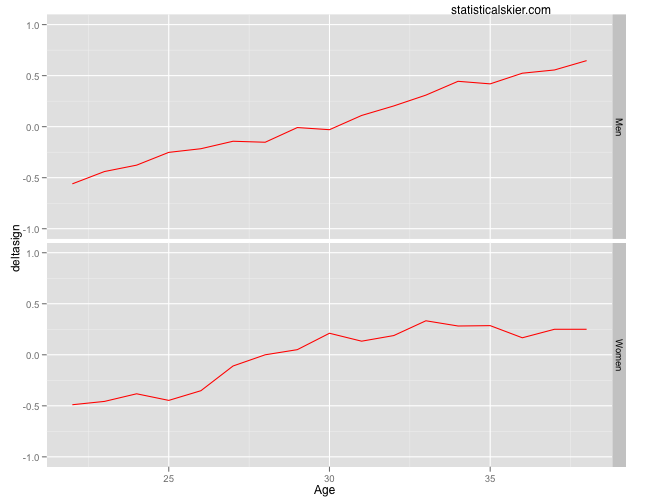 This would suggest that on average, women tend to stop improving at around age 27, while for men this happens at around age 29.  Interestingly, more and more of the men continue to slow down as they age, but less so with the women.

The graphs for sprinting tell a different, more ambiguous story: 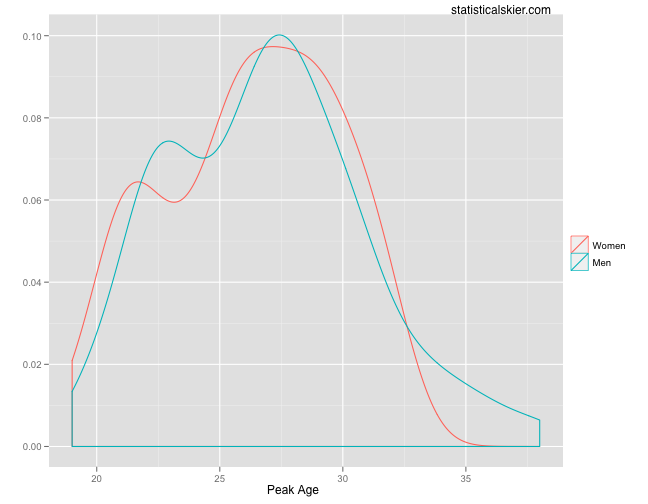 Again we have the familiar tendency for skiers to peak in their late 20′s, but both distributions have a curious secondary mode (the small bumps on the left).  This could just be artifact of the recency of sprinting.  The other plot is considerably more ambiguous: 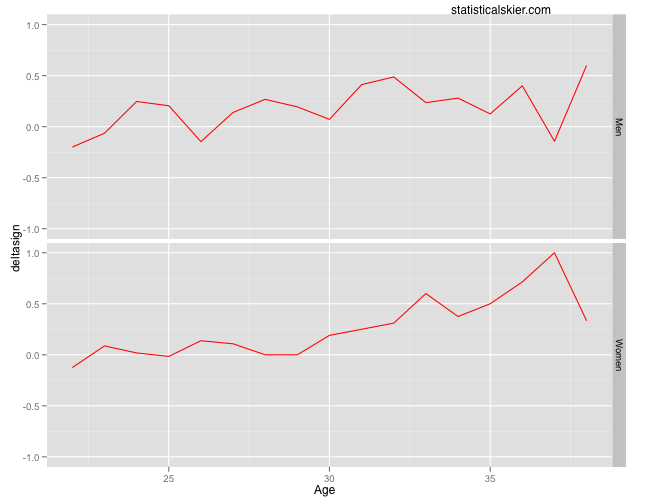 Neither of these lines spend much time below zero at all, which would suggest that most skiers are pretty much only plateauing or getting slower at nearly every age.