With the recent news that Andrus Veerpalu’s doping suspension has been made official, a sad story sort of ends. I’m always glad to see doping rules enforced, but it’s also not the way I want to hear about my favorite sport in the news.

Over the years, Veerpalu has raced against many people:

Of the folks he’s raced against the most, the following graph shows how each has fared, overall: 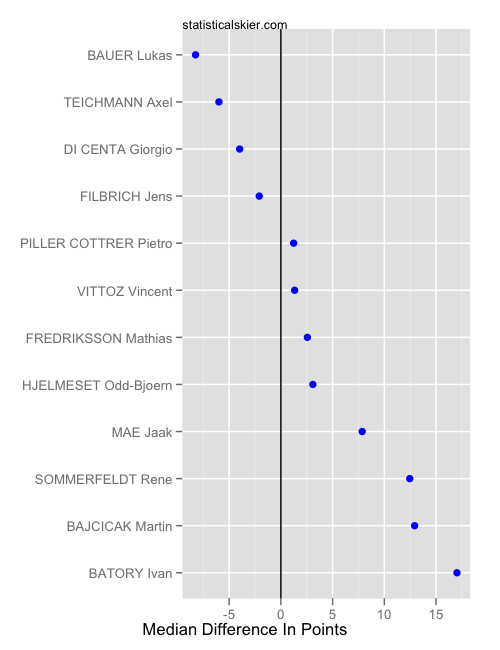 Negative values (left) mean that skier tended to fare better against Veerpalu, and vice versa. We’ll probably never know how much Veerpalu cheated, exactly when, or for how long. But the folks who raced against him a lot whom he often beat (e.g. Hjelmeset, Sommerfeldt) are probably wondering.

For the record, I’ve posted plenty of times on Veerpalu in the past.