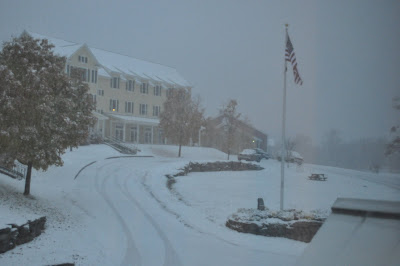 We’re experiencing a little snow storm up on the mountain, so instead of our planned rollerski we headed inside for a video session where we watched some footage from our sprint practice two weeks ago (coming to the SMS video vault soon) and then followed up by watching videos from the USST Fall Camp in Park City and several others. The coaches spent the morning over in Putney at Caldwell Sport, handing off 50 pairs of skis to Zach and Amy for grinding. We arrived back on campus just in time to catch lunch & the pumpkin carving contest. : ) 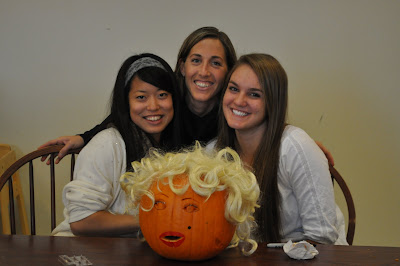 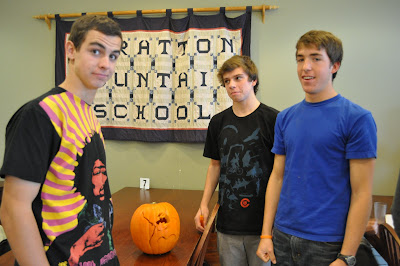 Paddy’s group and their pumpkin (a work in progress). 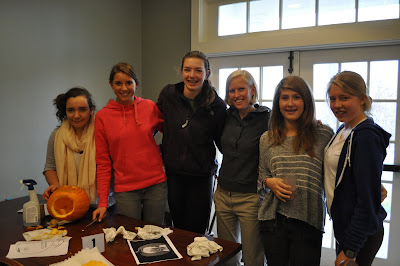 Mrs. Boobar and her advisees, including Tess, Brooke, & Mollie. 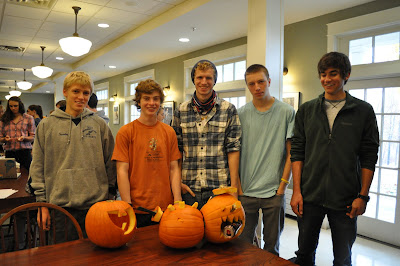