Well its official! The first snow of the season is hitting . I have been keeping up to date with all of the recent updates around the country and it’s hard not to be jealous of some of the clubs that have a geographical advantage over the rest of us (APU). But we have been making it here with what we have to work with. 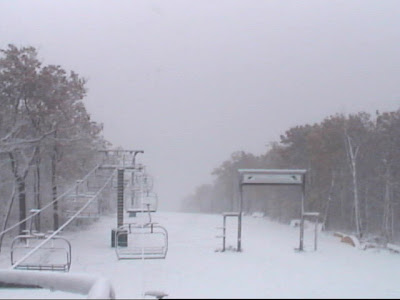 Most of the juniors are wrapping up fall sports and making the transition back to skiing. However some of them have a long ways to go. Some of the kids running cross country will be racing at least until Federations November 19th and then some of them continuing on until the 26th at the Nike Team Nationals qualifier. If they are fast enough the will go on to race December 3rd at Nike Team Nationals. We have had quite a few kids from the area make it all the way to the big show including our summer development coach Steve Mangan. It makes for a tough transition to the ski season as some athletes will have competed in counties, sectionals, states, federations, NXN regional’s, and NXN to end the cross season. That’s 5 weeks of championship racing in a row!

We also have some juniors that have been ski training through the fall period and they have been doing some great work. With the snow in the forecast everyone’s enthusiasm is high not only here but around the country so there is no time to rest.

Two weeks ago I ran G-man through his first lactate test. He did really well and I was pleased with the results and his effort. Having lactate to back up HR data is nice just to make sure everyone is on the right page.

Here is a little video from his final Max effort for the day. I had a sweet little set up on my road bike with his HR monitor and a video camera as well as my HR monitor on my bars.

For a big recap of the test visit the MF Uni blog as the kids have been updating. Checking out the kids blog has made me really miss those that have left this last year for college as some of them were with me when I started R.N.R 4 summers ago. It’s great to see them doing what they do and especially when that is skiing at the next level. I hope to see the trend continue!

The next big thing on the calendar is ! This will be our first trip to west as a group. For the past couple of years athletes have been heading out and joining the GMVS crew for the week. It was awesome to have Justin and Tim open athletes with open arms and it was great experience. If you are considering heading out to west and need some support or a group to travel with get a hold of Justin at GMVS or myself and we will take care of you no matter where home is!

Well enough for now hope to see you on the trails !