Here are a few pics of the Canmore Nordic Centre pushing out Frozen Thunder over the last few days. Pretty exciting stuff! The CNC pushed a whole bunch of snow into a hole last spring and covered it with sawdust. And when I say a whole bunch, I mean a gigantic amount of snow! The pile of snow dubbed “Frozen Thunder” has been waiting out the summer and was uncovered earlier this week. The CNC has been working like crazy to get the snow out onto the trails. Tomorrow is the grand opening, with a loop around 2km in length (three meters wide with a 50cm base!!). For October 15th, that’s amazing! For most people, skiing is still two months away, but for the lucky residents of the Bow Valley, it is mere minutes away! 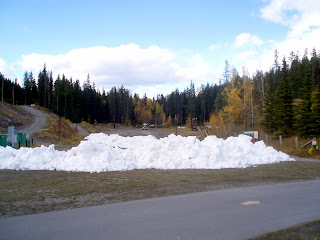 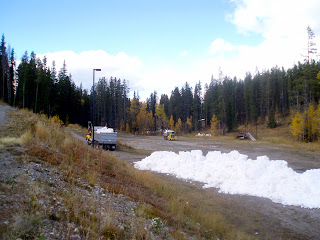 The dump trucks are incredibly efficient. 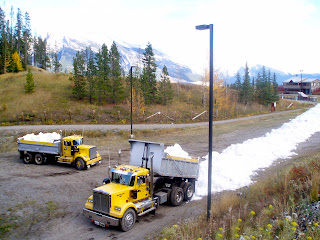 One truck waits while the other one dumps 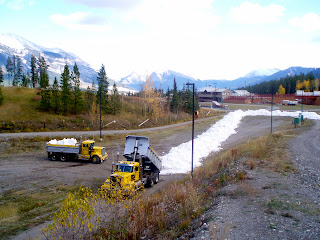 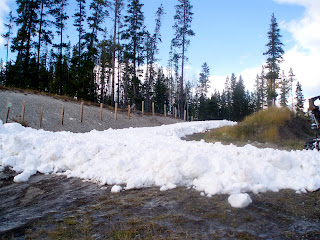 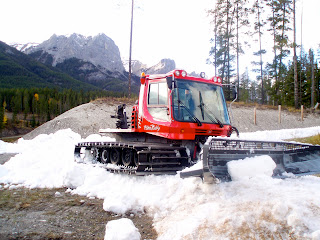 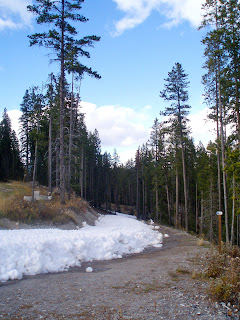 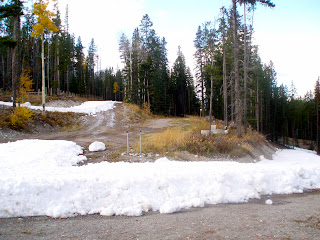 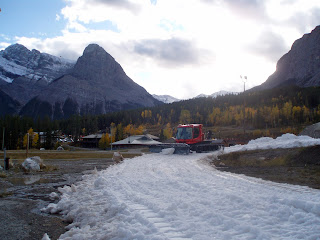 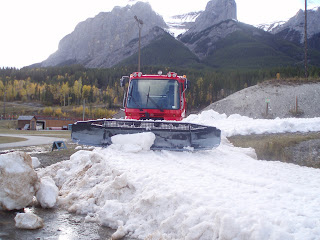 Just another one of the reasons Canmore is one of the best places on earth to live if you love to ski!

Despite being the grand opening of Frozen Thunder, the Academy will be at a different event, trying to keep the course record for the HTFU run within the team. The HTFU run… (HTFU being the acronym for Harden The F*ck Up) is a 7km uphill running time trial from the base of the bow valley up to the Spray gap. A mere 7km with close to 400m of elevation change between the start and the finish line. We have been using this run as a measurement of our fitness over the last few years, but this year the Academy has opened the entry up anyone to loves a good romp around in the pain cave. Yes, for only $23 you too can enter a world of hurt you never new existed! FUN!

But seriously, it is going to be a great event with over 70 runners making the journey up the gap. With names on the start list like Devon Kershaw, Ivan Babikov, Perianne Jones, Beckie Scott and Sara Renner, you know it is a high caliber event! Graham Nishikawa currently holds the men’s record at 29:23, while Madeleine Williams hold the woman’s 5km course record at 25:41. My goal is to run sub 30:30, my previous time being 31:32. Yes, a minute to shave off, but my fitness is feeling pretty good right now so I think it will be within my reach.

I will post some pictures and an update of tomorrows festivities (uphill run in the AM followed by a ski at the CNC in the pm!) soon.

Right now it is off to bed to rest my racing legs and get the mind ready to rock!