EvanOctober 17, 2011
We drove up to the biathlon range in Jericho for a skate rollerski race yesterday. We hoped to have some solid competition, but the wind and rain (or our intimidation) drove people away so it was just us and a few racers. Our athletes stepped up to the challenge presented by tough conditions and a hilly course and skied fast! 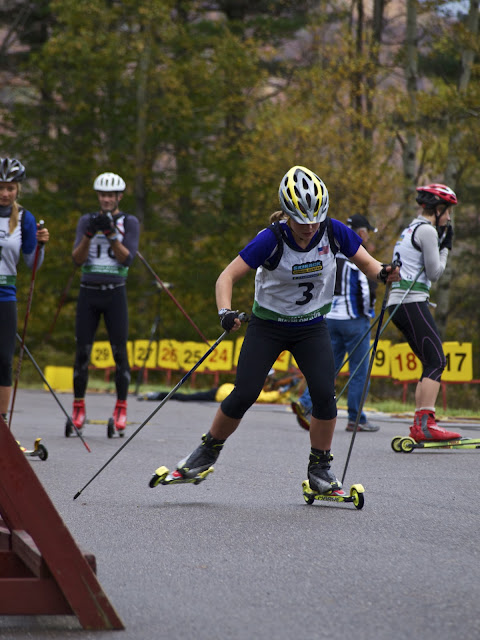 MK hammers out of the start: we were dodging biathletes the whole time, which made it seem like there were more people racing than there were. 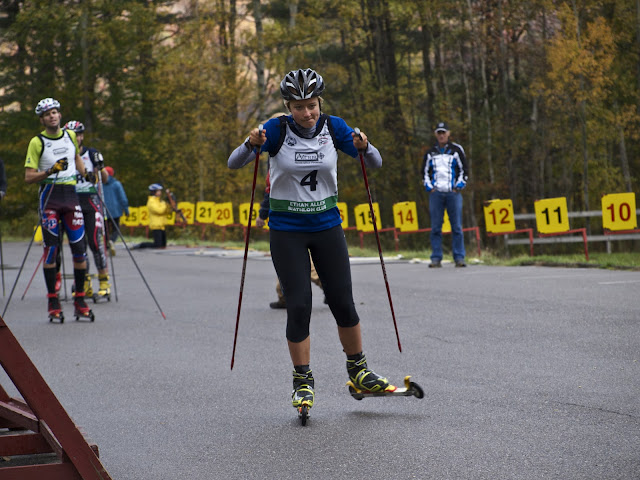 Fitzy has been suffering from a head cold but she skied with solid technique and good motions for the duration of the race. 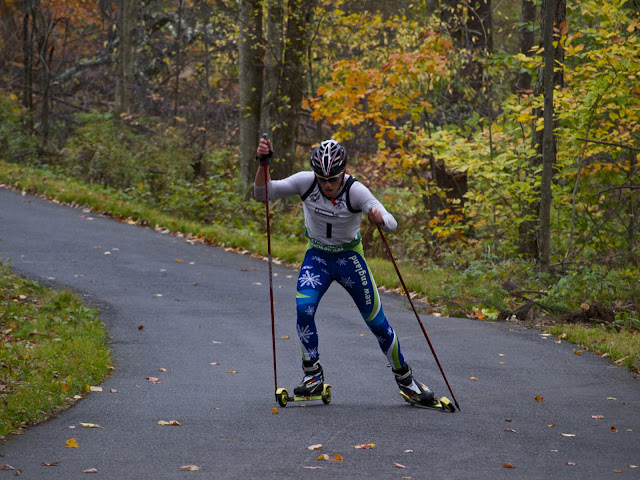 Ryley hammers up one of the steeper hills on the course. 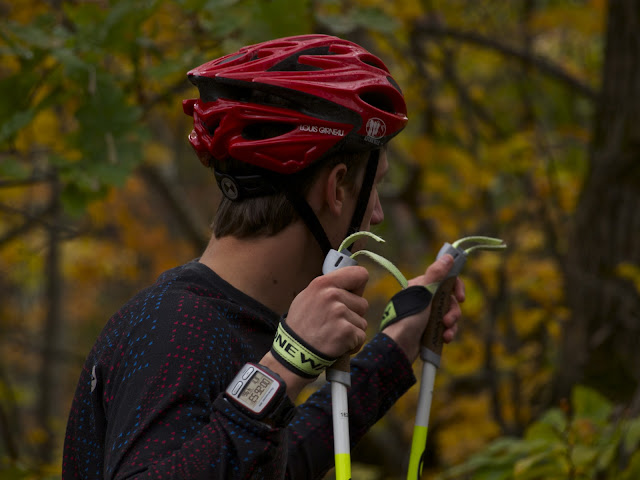 Antoine? Where’d you come from? 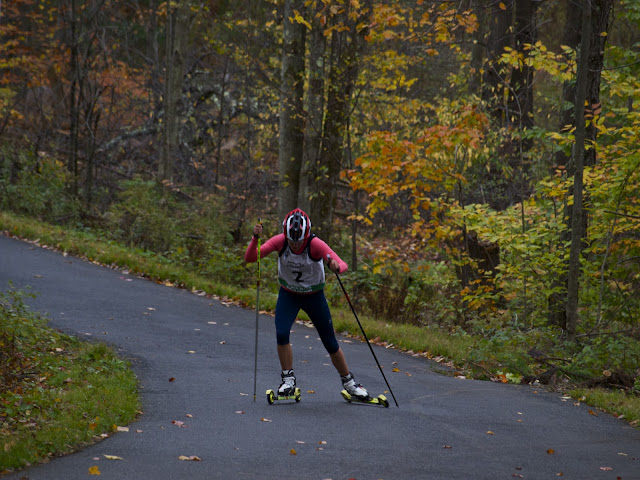 Heidi grits it out up the big hill. 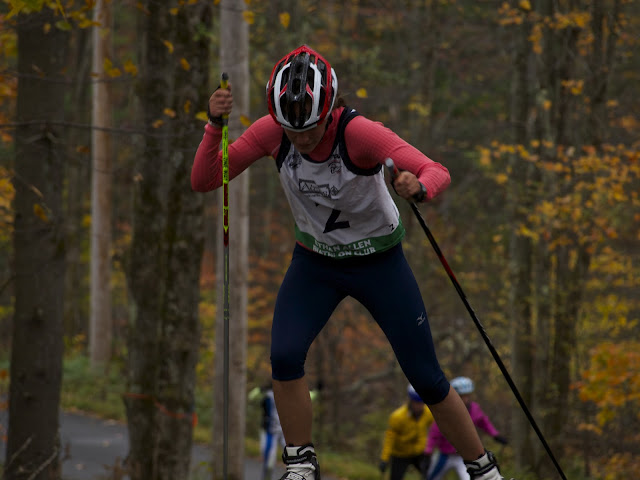 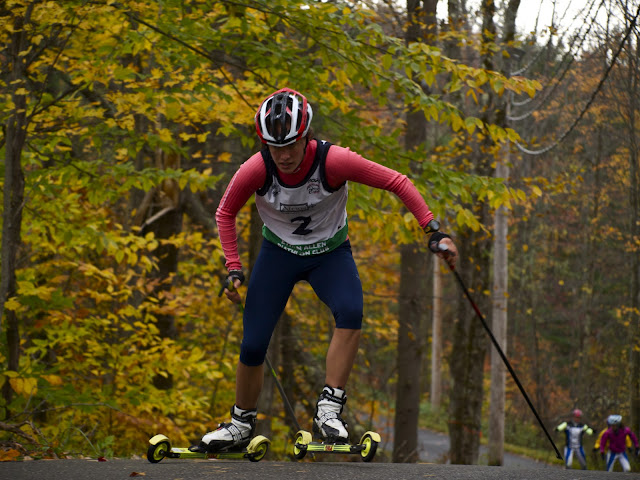 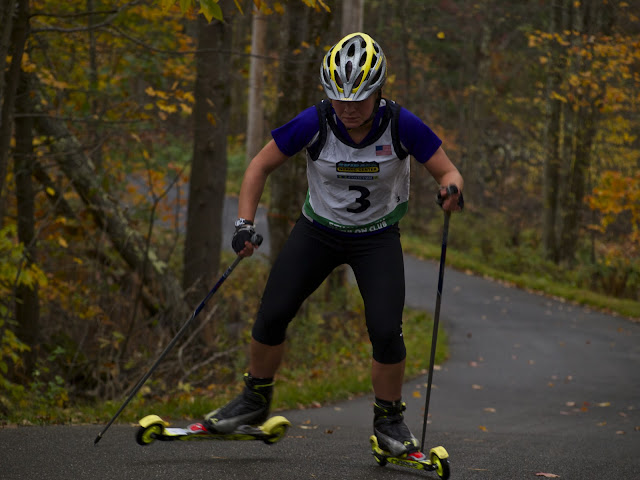 MK skied a powerful, relaxed race and won the women’s title: a large beer mug with a tin hat. 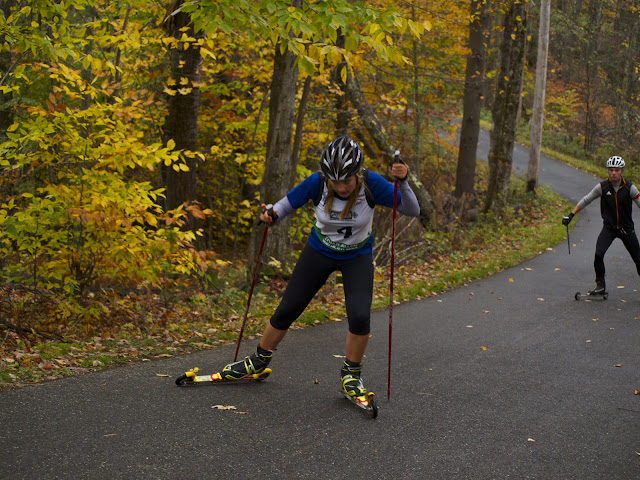 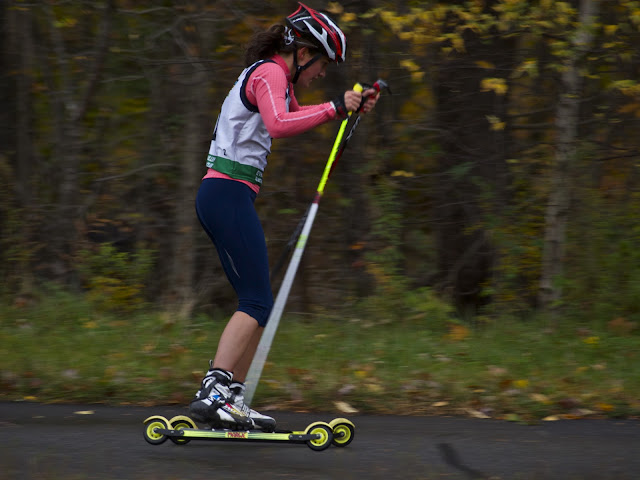 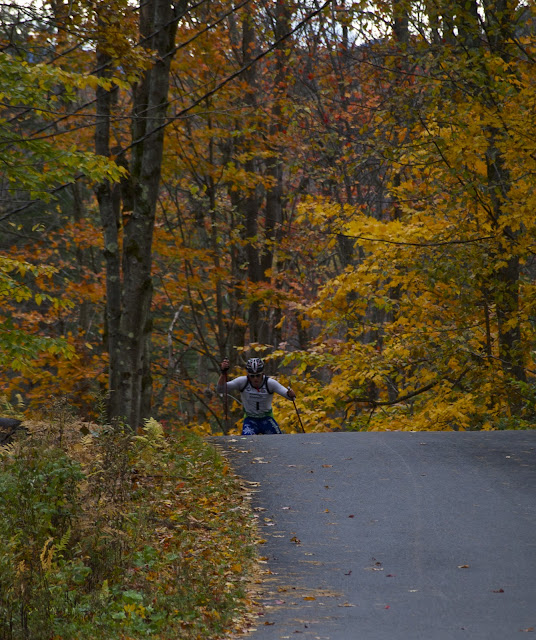 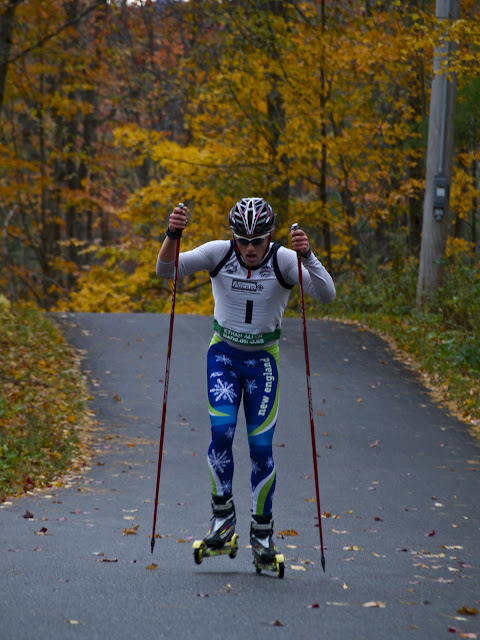 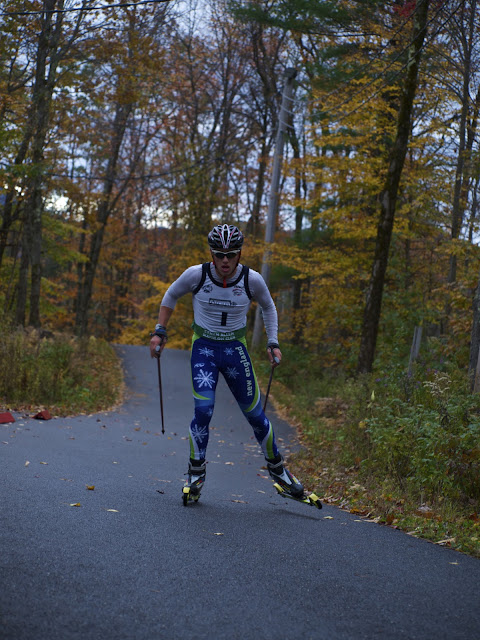 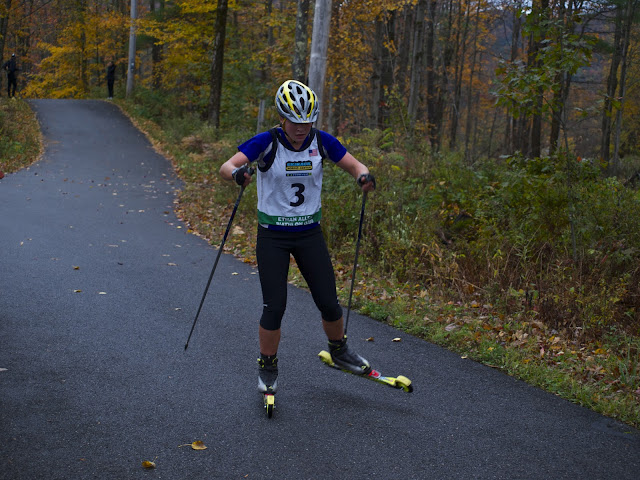 The course placed an emphasis on transitions: who could be most efficient in the switch between techniques? Who could conserve momentum most effectively? 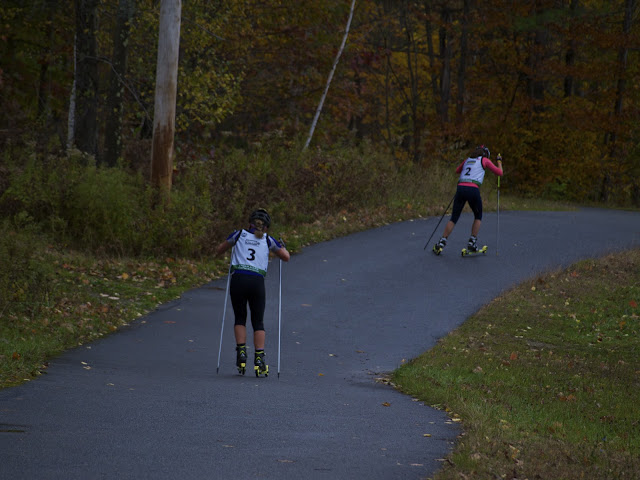 The course was supposed to be 6 km but it seemed more like 9. 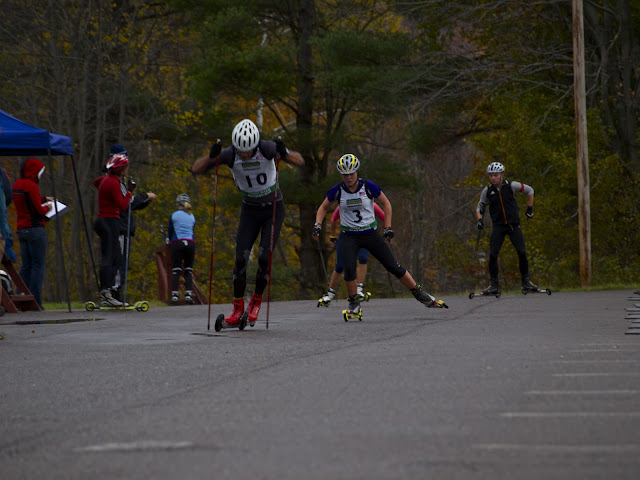 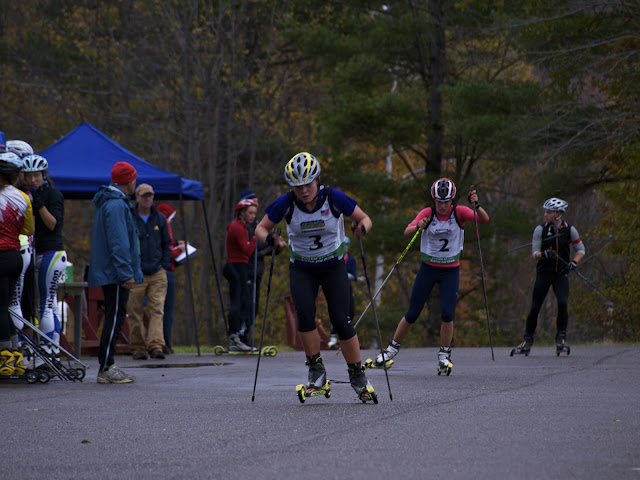 Things were pretty festive on the biathlon range. 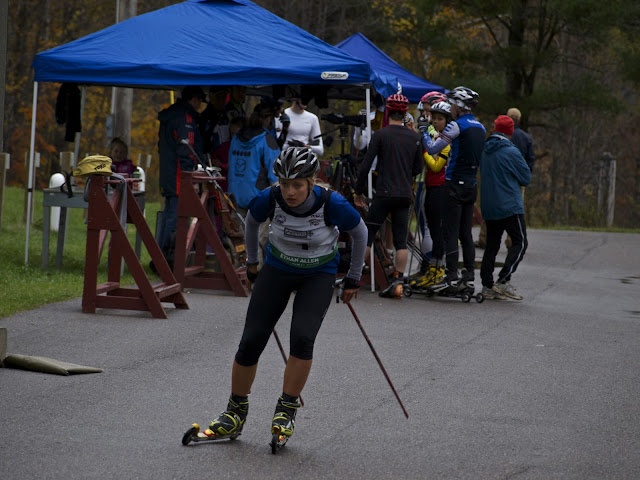 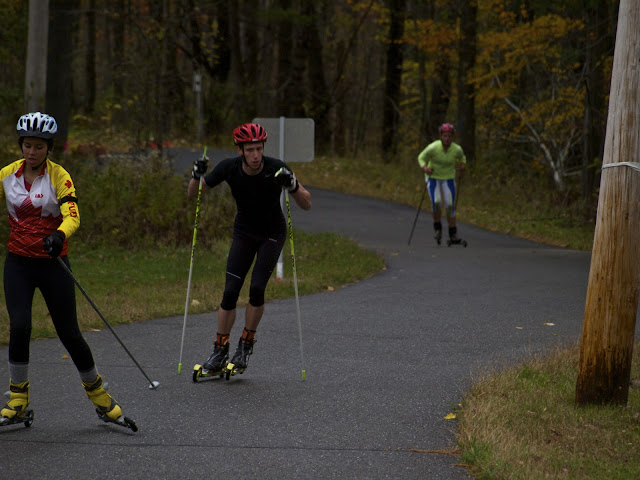 Our favorite Frenchman brought a group of Quebec biathletes to the range. We couldn’t get them to race with us, but I snapped some pictures of Antoine doing his thing. 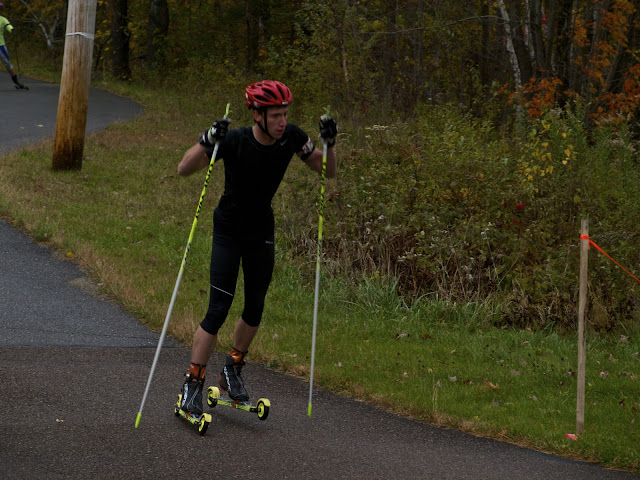 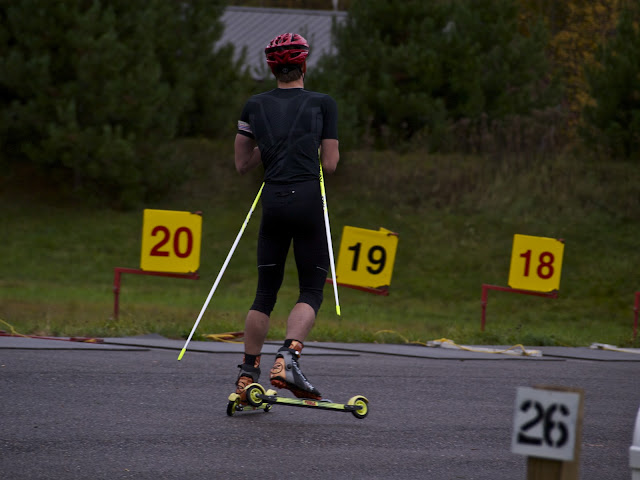 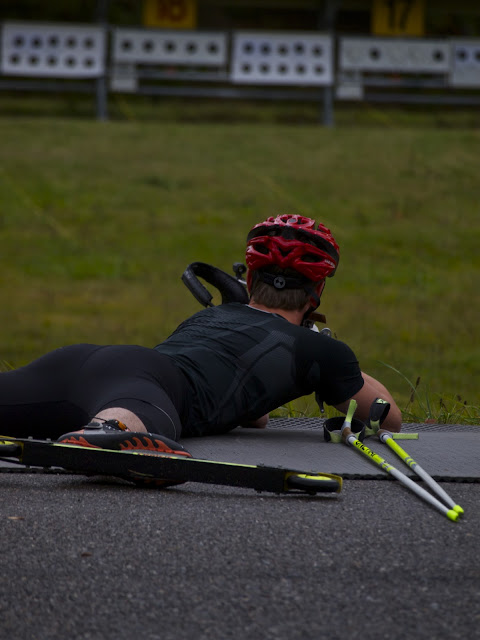 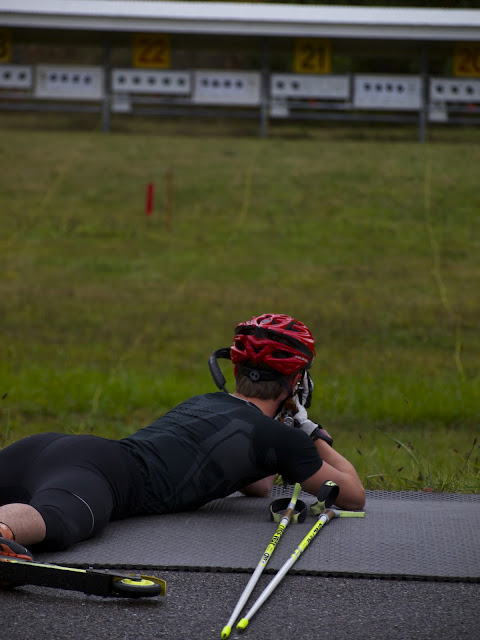 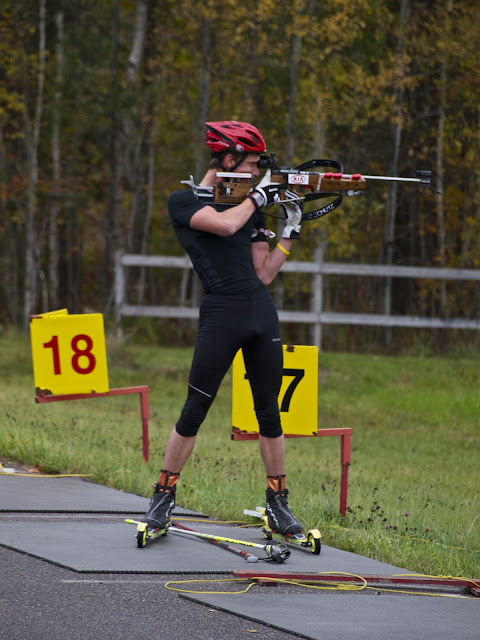 Antoine broke a pole but Ryley was right there with a replacement. Nice skiing and shooting, Buddy! 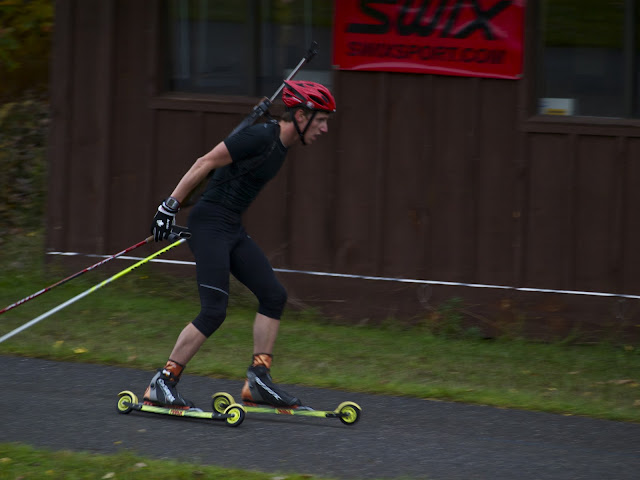 Place Your Orders for a CyclovaXC Ski Suit