Holly BrooksDecember 5, 2011
I just returned to “home away from home” hotel Kulm from an exciting, high-paced World Cup weekend in Dusseldorf, Germany. While the weekend’s racing format didn’t explicitly compliment my skill set it was a great experience and more importantly, I was there to witness my teammates stand on a World Cup podium. 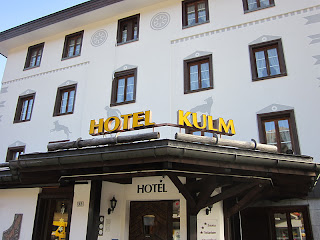 If you’ve been living under a rock (or perhaps you aren’t a ski news junkie and that’s perfectly okay)  Kikkan and Sadie won a silver medal in the team sprint yesterday on the city streets of Dusseldorf, Germany.  Ida Sargent and I teamed up for the sprint as well and unfortunately we were 2 seconds from making it through to the finals as “lucky losers.”  Although I was disappointed, it provided us with great viewing and cheering opportunities for the other girls.  Funny thing was, amongst the crowds, Sadie and Kikkan both said they could hear us screaming for them on course!!!! 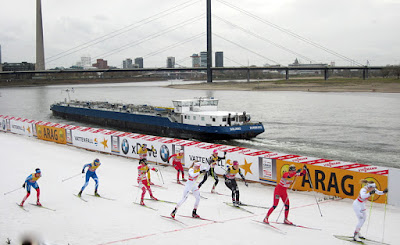 The women’s start, next to the Rhine River in Downtown Dusseldorf, Germany
Yesterday was an incredible day for my teammates and for all of US Skiing.  Once again, we have shown the Euros that WE can be in there.  That we are competitors, and even though we live out of a suitcase for months on end to do it, they should not discount our fitness, courage or tenacity. 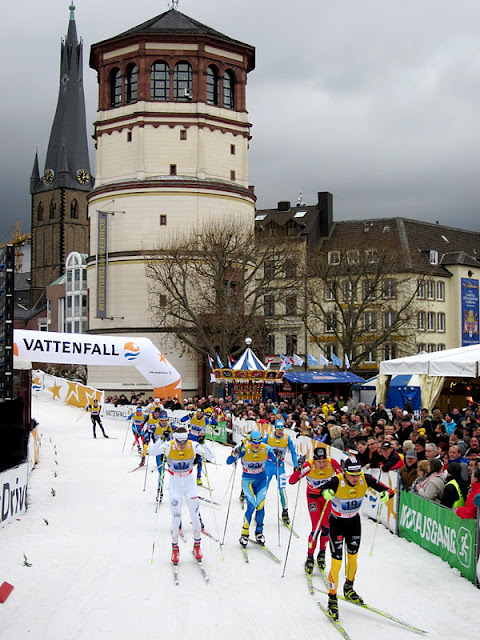 The men’s race
I have to admit, when it comes to taking pictures, I have no problem pushing to the front of crowds and getting my canon “powershot SD1300” out there amongst the 3-foot long lenses.  Also, perhaps I’m a horrible person for doing this but I may or may not have stepped in front of a small child to get some great shots! I couldn’t help it – how often do the girls you roller ski in the rain with (while everyone else is still sleeping off hangovers) stand on World Cup podiums? I mean, really?! Can you say Alaska Pacific University Nordic Ski Center ROCKS?! I can! 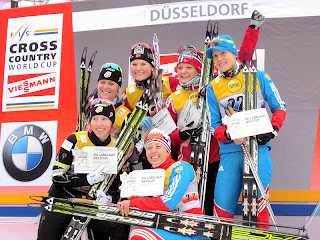 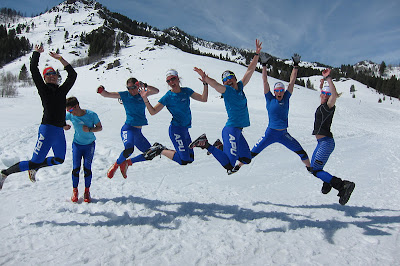 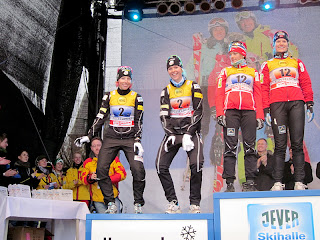 While it’s easy to give all the congratulations to Kikkan and Sadie – and of course they deserve every ounce of it….. I’d like to acknowledge the coaches and particularly one person, Erik Flora for helping make this happen.  As a competitor that’s also been a coach and a wax tech, my perspective stems from all angles.  While there were only two people standing on the podium yesterday in D-dorf, Erik Flora has  gone above and beyond to make that silver medal possible, not to mention, my success over here too…. 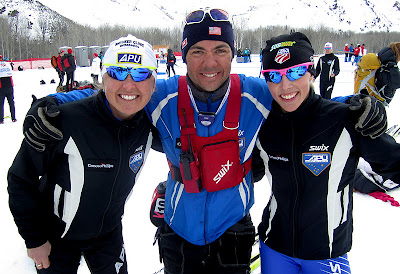 Myself, Erik & Kikkan at Super Tour finals in Sun Valley, March 2011
I don’t know anyone else in the world that loves skiing more than Erik does. The guy could literally inspire a rock to get up off the ground and do some burpees. (A really hard exercise that combines a push up and a jump.)  He is a student of the sport spending his night-time hours watching the latest video, corresponding with other coaches from around the world on theories, testing our skis by headlamp once everyone else has gone home….. some may say he’s crazy but isn’t there some kind of saying that says something like, “Great things happen when people break the norm” or something to that effect? 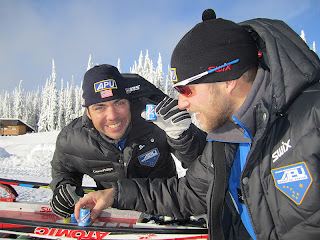 Erik & Casey waxing at NorAms in Silver Star last year…
In 2006, the APU program was in transition.  Erik saw the opportunity to create a World-class ski team in a setting where the time was right.  He seized the opportunity.  Since then, everyday for the last five years he’s been working 12-23 hours a day to make us fast.  To make us competitive. To give us every advantage he possibly can. 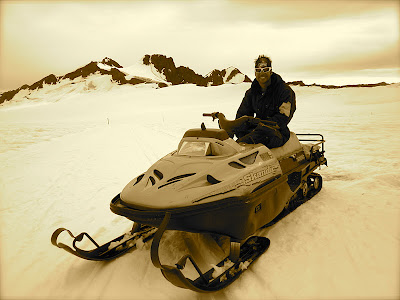 Erik on Eagle Glacier this past summer…
Erik turns any hardship into an opportunity (it may be white-out fog and blowing wind but THIS could be CHAMPIONSHIP conditions one day!) and exudes the excitement of a 6-year old on Christmas morning on a DAILY basis.  His work ethic and his dedication to the betterment of the sport and to the athletes he coaches is impressive and admirable. When times are tough and confidence is low he has a special ability to find the bright side of any situation. He never underestimates anyone or tells them they can’t or they won’t or they shouldn’t. 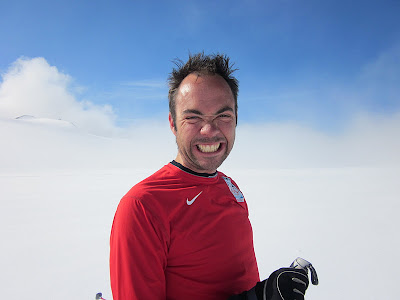 Look at this enthusiasm!
Yesterday, when I was standing in the crowd looking up at my teammates on the podium I was envisioning three people up there: leg one and two of the team sprint relay along with their coach who had the biggest grin from ear to ear that you’ve ever seen.
Thanks to Erik Flora for his dedication and to all the coaches and support stuff out there that help athletes realize their dreams and inspire others to do so as well.
Oh – and here are a couple of other shots from D-Dorf…. the Germany Christmas bazaar was amazing! I wish I had more than 1/2 hour to check it out. 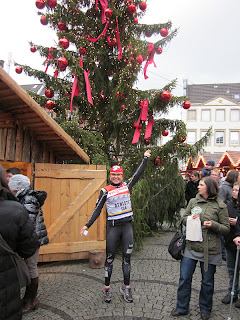 Christmas trees everywhere – oh so festive, even in sweaty spandex! 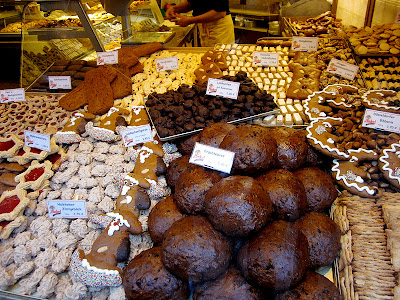 Hard to be on a low-carb diet in Germany….. the bakeries are intense! 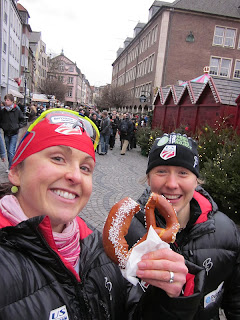 Sharing a fresh German street pretzel with my team sprint teammate, Ida!
Thanks for reading and thanks again for the words of support and encouragement!
Holly 🙂 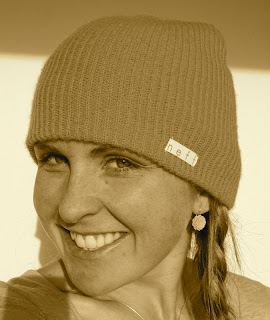 Update from Fall Camp in Colorado