Thanks again to Jan over at WorldOfXC.com (and FIS’s ability to not wreck them, although they tried!) we have the sprint heat times from Saturday. Starting with the women’s semifinals: 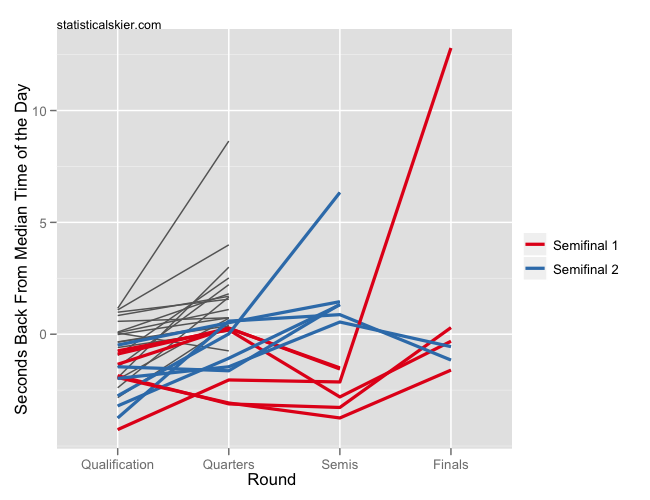 Semifinal 1 was markedly faster, no? It doesn’t appear that Kikkan suffered for it, but then the Düsseldorf course is unusually short for the women. Almost too short, in my opinion. Here are the heat times for the finalists: 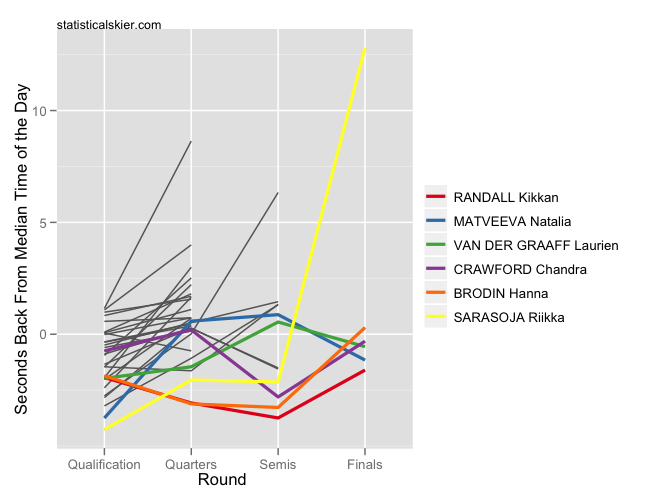 Riika Sarasoja got tangled up it seems, which is a shame since she was posting string time up to that point. Kikkan skied arguably the most consistently of the six (newcomer Laurien Van def Graaff did as well). But for the most part this final was quite close.

The men’s semifinals didn’t display nearly as much of a difference: 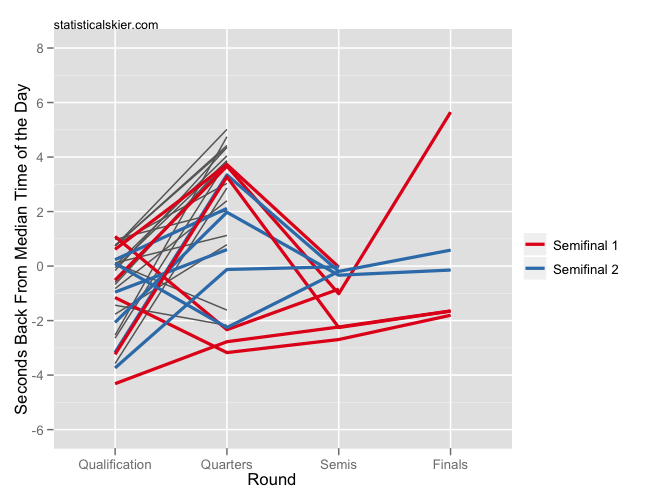 One thing that I find interesting is that both the men and women saw a lot of people slow down considerably in the quarters. As for the finalists: 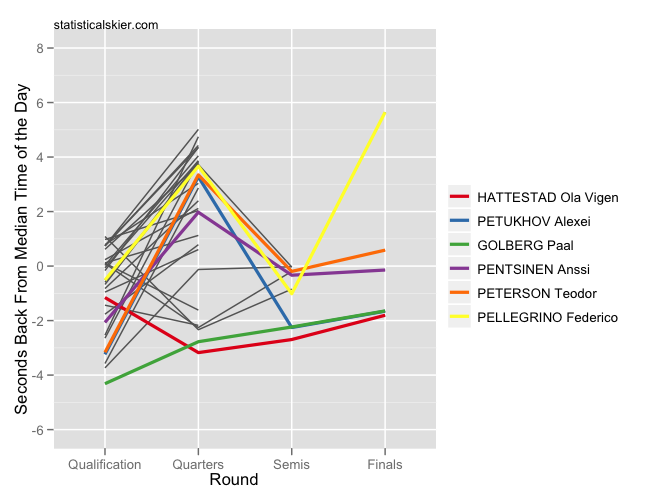 The lines for Petuhkov and Golberg are too close together to distinguish at the end. The men’s final was much less closely contested. But I’m still intrigued by how much slower many of the quarters were for both the men and women. I wonder if a lot of people got too excited by the flat, short-ish course, because I thought I read that the conditions actually got faster as the day went on. Anyway…

Kikkan vs The World

How good is Kikkan going to be this season? That seems to be what everyone is wondering. For me, I know she can ski into the finals of any freestyle sprint and (probably, maybe) any classic sprint at this point. But can she avoid the random disasters that happen in sprint racing? Here’s what her sprint results look like so far: 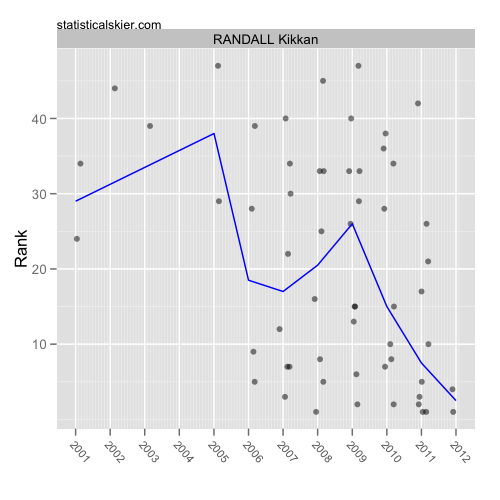 Quite a change from four years ago. Think she can keep them all in the top 10 for the entire season…?

Kikkan vs The US Women

One thing that always fascinates me about US skiing is how quickly we latch on to whoever skied fast in the most recent race. Good results deserve praise, no doubt, regardless of whether they are a one off event, or part of a steady string of them. But since this site is all about context, here’s an interesting graph for you. 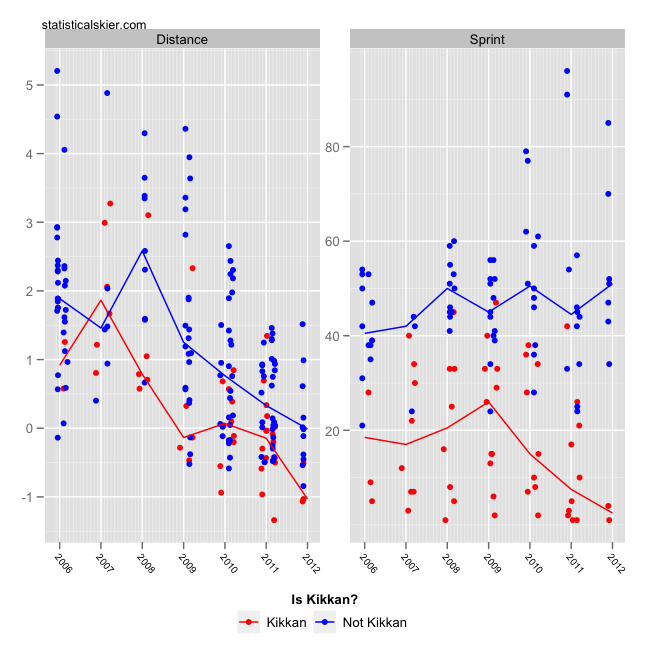 These are the distance and sprint  WC, WSC, OWG and TdS results for the US women for the past few seasons divided into Kikkan and Not Kikkan. The distance results are measured in percent behind the median skier, and the sprint results simply in finishing place.

But for some reason, Kikkan’s transformation into a world class sprinter hasn’t been matched by an equivalent improvement among the rest of the US women. I have no idea why this would be, but it’s interesting food for thought.

Update from Fall Camp in Colorado