During this lull before the Tour de Ski, I thought I’d show some graphs quickly summarizing how the US and Canada have fared thus far with some historical context. I think we all have a good sense of what’s going well (American women), what’s going not so well (American men) and what’s going OK (Canadian men, given their expectations). But it’s always nice to have some numbers. 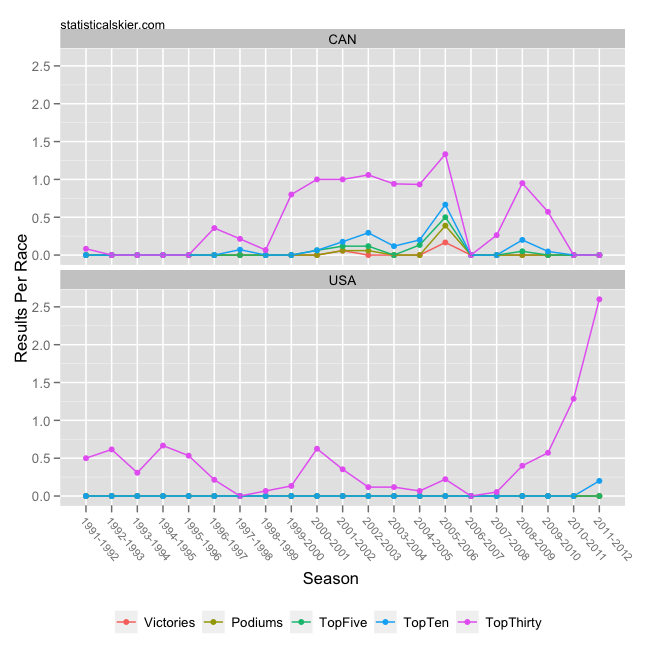 Keep in mind that the number of results per race thus far this season is based on a smaller set of races since the season isn’t complete.

As we all know, the American women are having a banner year. In two seasons they’ve gone from landing someone in the top 30 around around half the time to consistently putting two women in the top thirty, often three. 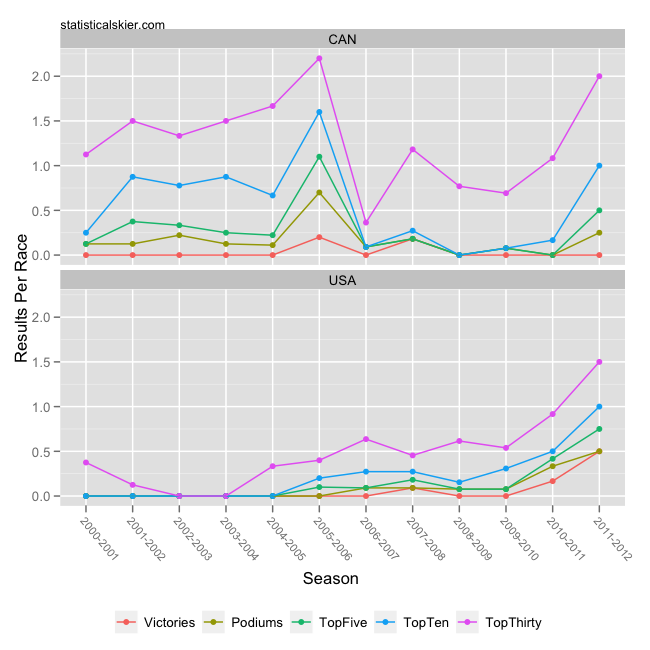 On the American side, this steady improvement at all levels is of course all Kikkan Randall. And we’re finally seeing some recovery by the Canadian women after the departure of Beckie Scott and Sara Renner. Could we see a sprint final this season with three North American women in it? 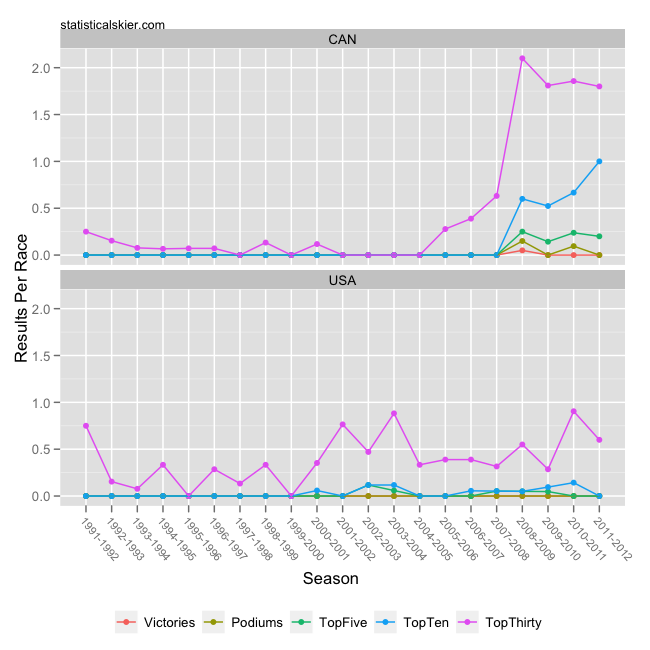 The American men haven’t seen a dramatic fall-off in top 30 results (though they have gone down) but with Kris Freeman struggling, the small number of top ten results they’ve had just haven’t materialized. The Canadian men (Kerhsaw and Harvey mainly, in the distance races) have mostly been holding steady, but they are on pace for somewhat more top ten results than last season. 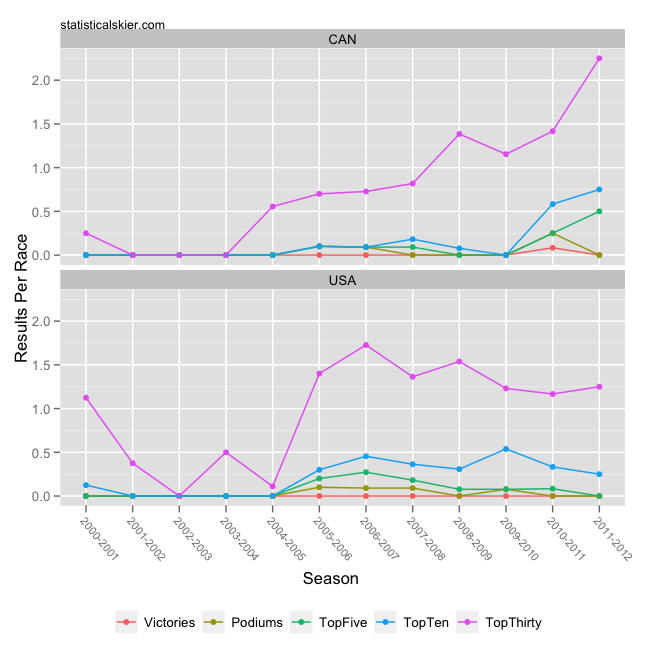 That’s a stronger looking start for the Canadian men than I would have guessed, thanks in part I suppose to the addition of Len Valjas. As for the Americans, things haven’t changed dramatically, though they do appear to be slowly heading in the wrong direction.