You’ll recall that recently this rivalry has been fairly one sided, no matter how much Justyna’s fans want to believe otherwise. The previous two season simply saw Marit winning far more of their head to head match-ups. At the start of the season, things looked even worse for the Justyna camp, as she struggled quite a bit in the early races.

But Justyna may have simply been using those as training for the Tour, as she fared much better last week against Marit. Let’s take a look at how their complete history stand as of now: 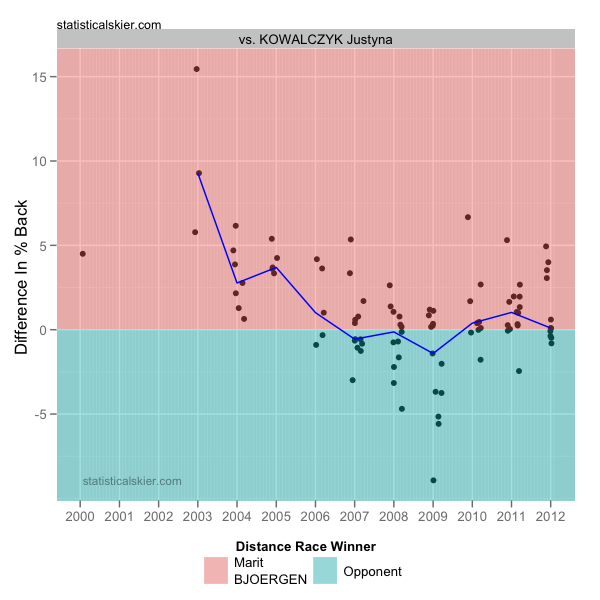 So these are just the distance races, measured in difference in percent back. Values above zero mean Marit won and vice versa. Marit had the better of this match-up for two straight seasons, with the occasional lapse. This season, you can see the early group of really poor races for Justyna, and then during the Tour things were more tilted towards Justyna, though the margins weren’t terribly large, for the most part. 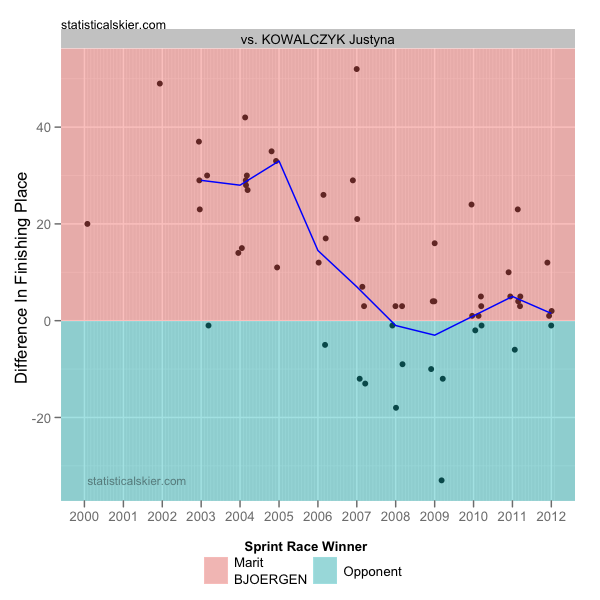 Marit is still ahead on this score, though we’ve only had a handful of sprint races thus far.

So my question is: will Justyna, having clearly peaked for the Tour, slide back again to being mostly beaten by Marit? Or will she be able to sustain this level of fitness through the rest of the season?