EvanJanuary 2, 2012
After today’s races were cancelled due to heavy rain last night, we laced up the hiking boots and set off on an adventure up White Cap, Black Mountain’s neighboring peak. 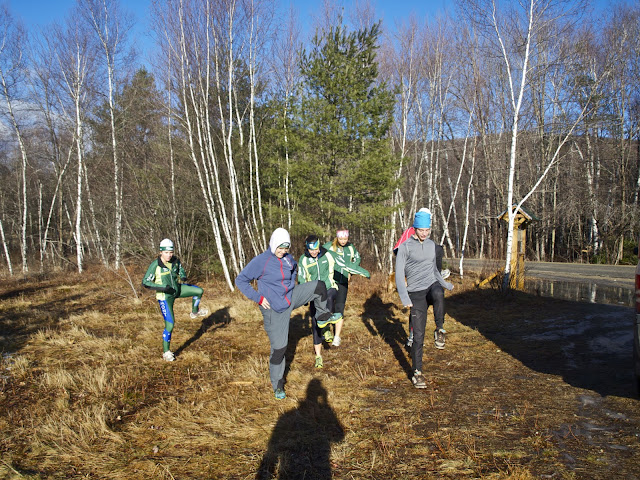 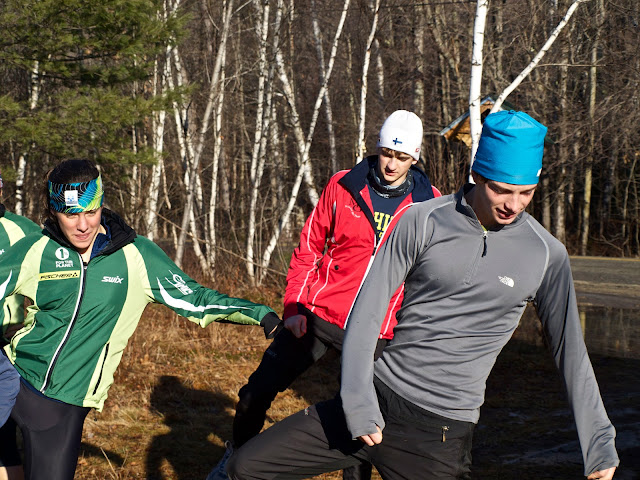 Despite last night’s rain, the day was sunny and beautiful: perfect weather for a hike. 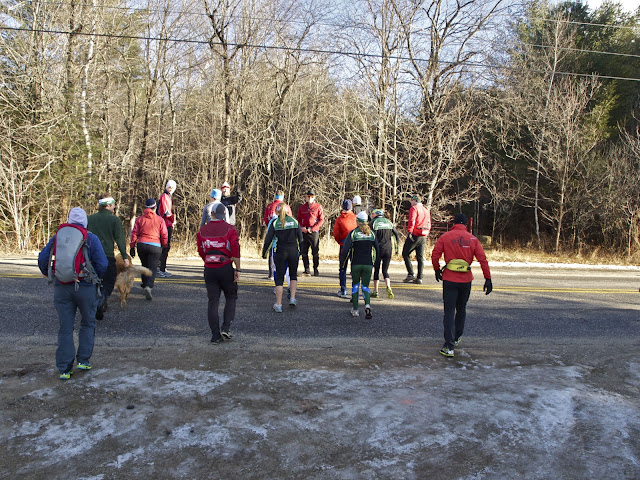 We were joined on the hill by the Bend and NENSA groups, and we had quite the colorful gang cruising up the mountain. 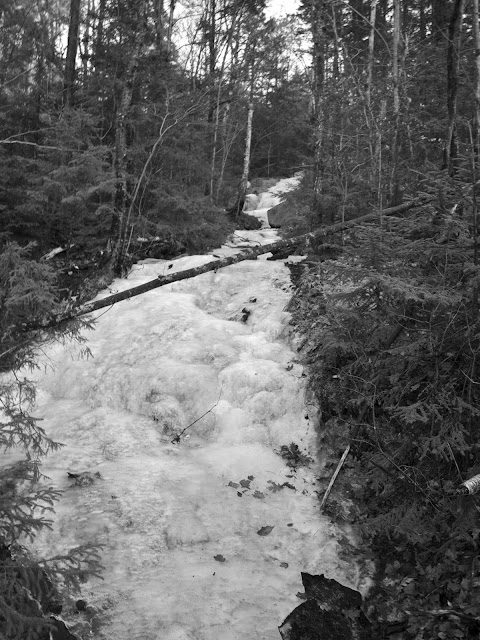 The trail was icy like nothing we had ever seen before: inches of smooth ice covered most of the walking surface. This is a shot of a stream bed perpendicular to the trail, but it looks pretty similar to most of what we were walking on. 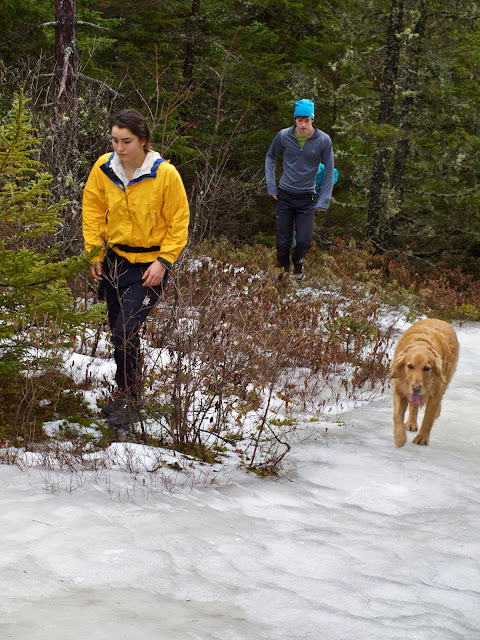 Bella (from Bend) and Dev stick to the good traction, while Rafter lives on the edge, climbing up the ice. 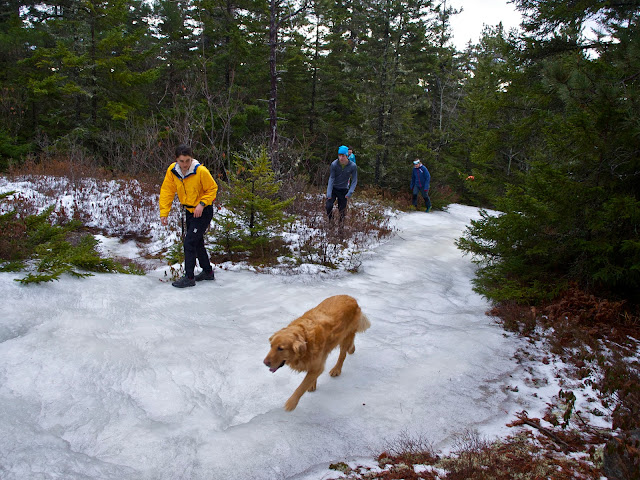 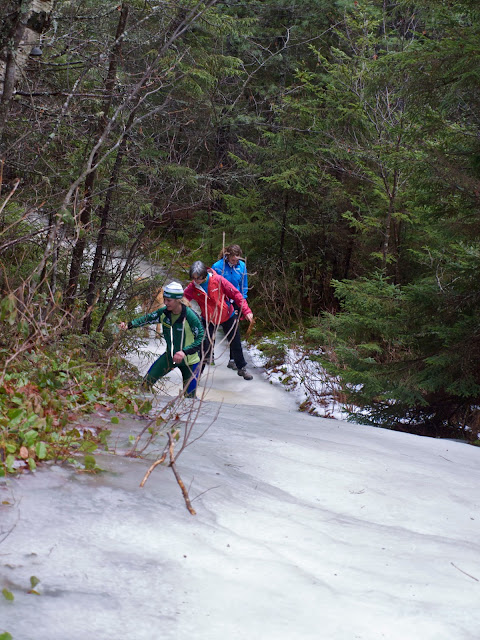 MK leads Janice up the side of what looks like a frozen waterfall. 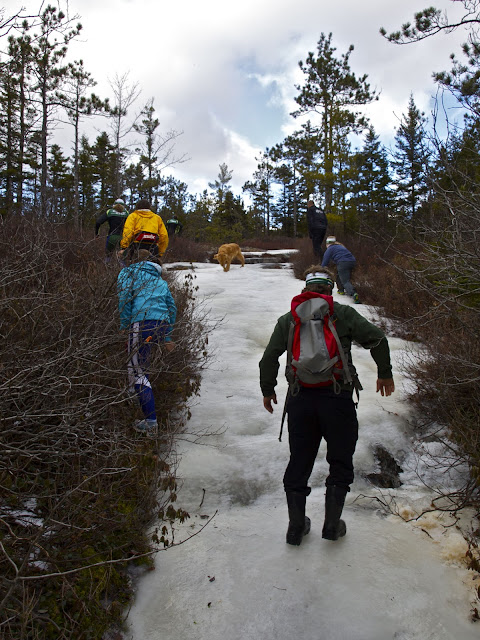 Justin makes an attempt on the ice before sliding back off it. 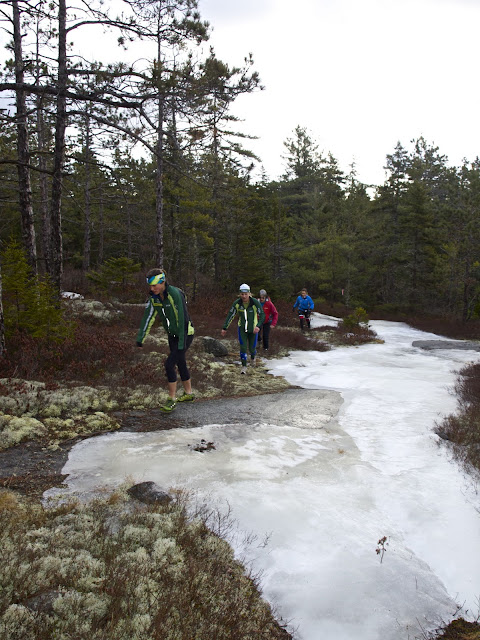 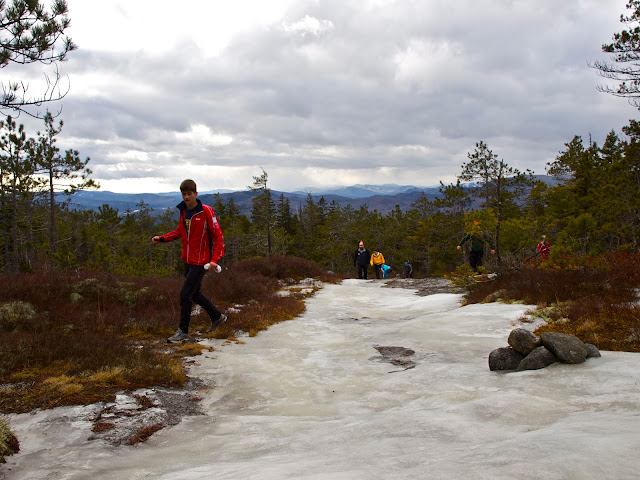 Josh Harrington is joining us for Nationals, he skirts the ice and reveals a sweet view back towards the White Mountains in New Hampshire. 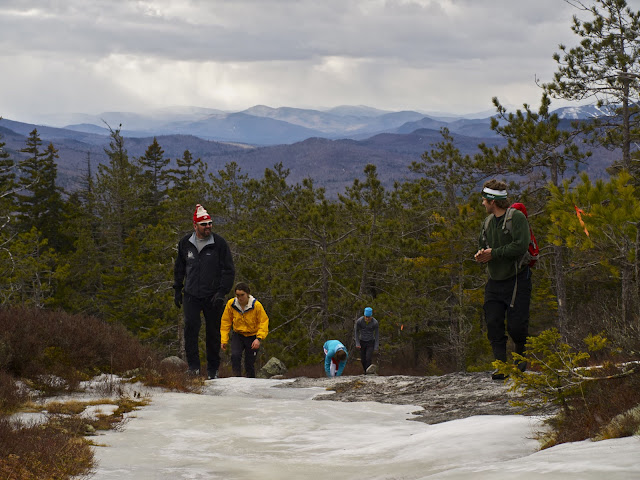 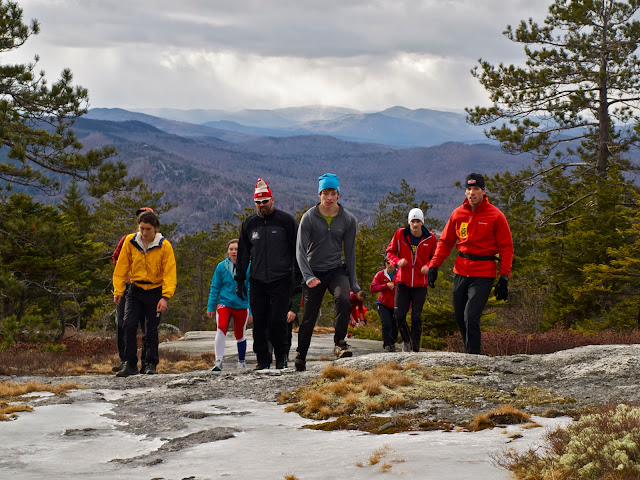 Dev leads the charge to the top. 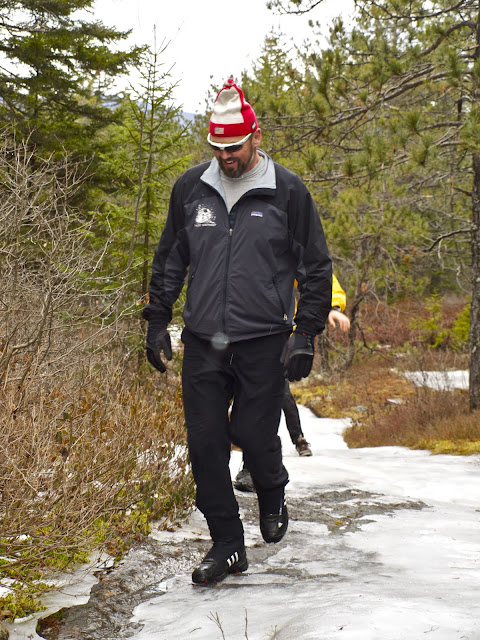 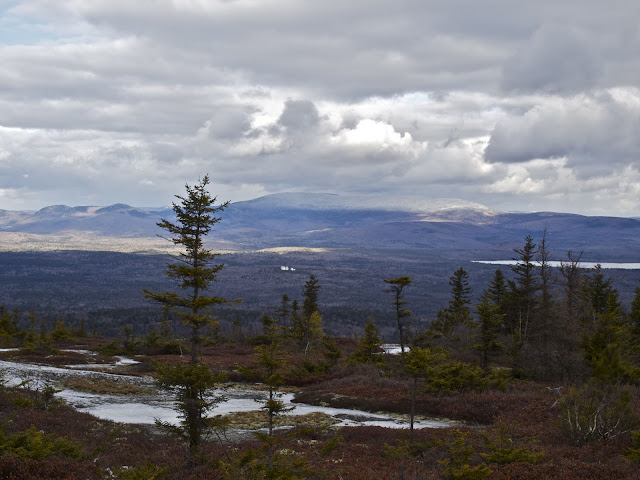 The top of White Cap offered an amazing 360 degree view that included a mountain that more deserved the name. 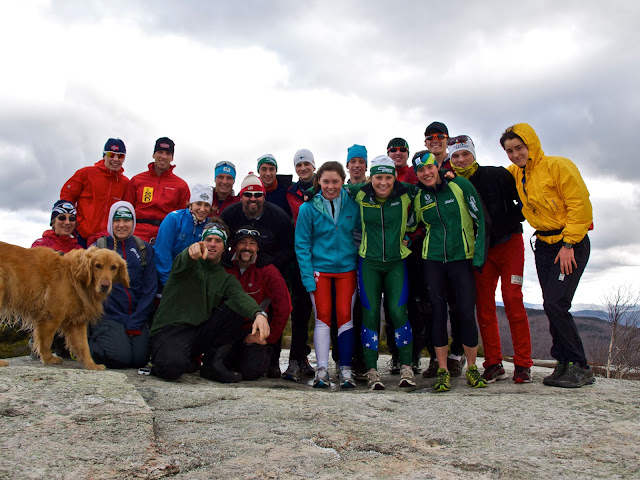 The wind was whipping up there, but we stopped to take a group photo. Black Mountain is directly behind us. 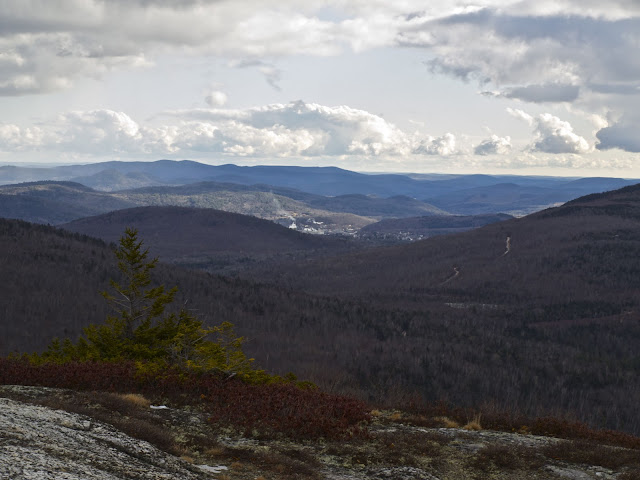 The view down into Rumford. The paper mill looks small from here! 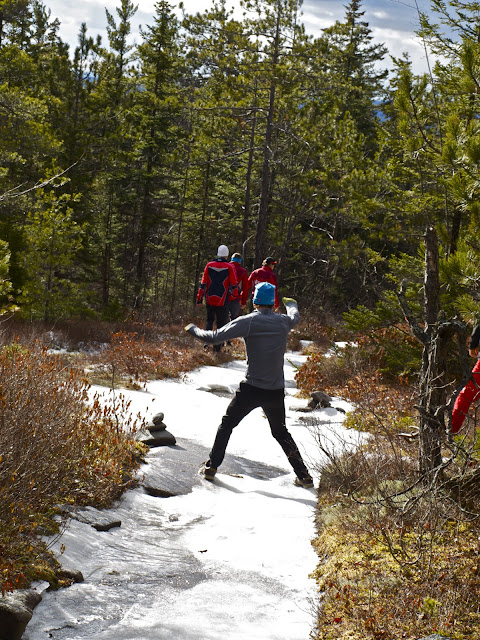 The way down provided entertainment for everyone, as the ice proved far easier to descend than to climb up. Many of us slid the majority of the ledgy section. 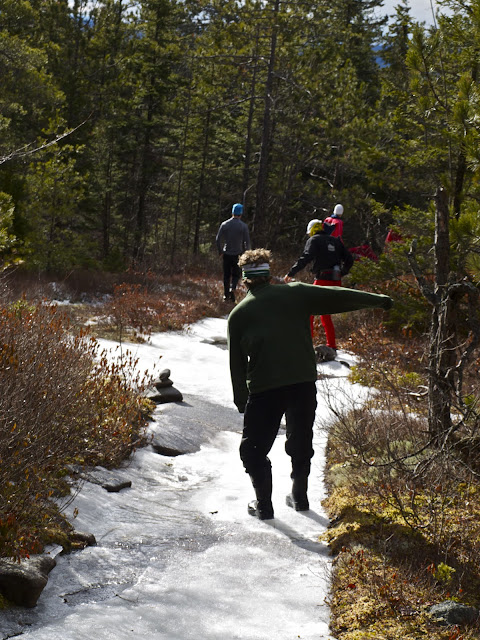 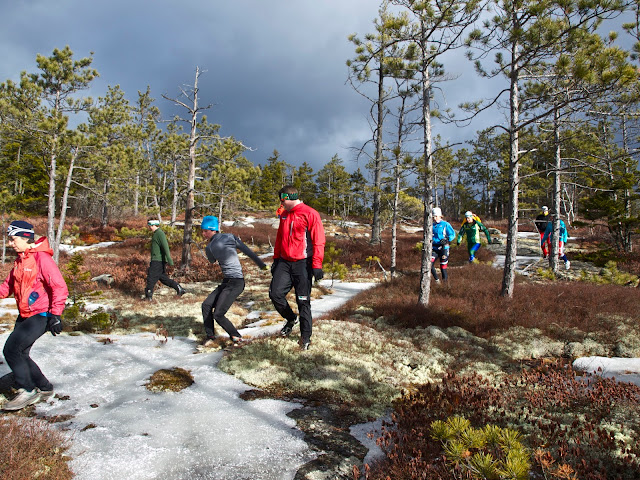 We must have been a crazy sight, 20 colorfully dressed skiers hurtling down from patch to patch, surfing the ice and skidding to a stop on rocks and patches of brush. 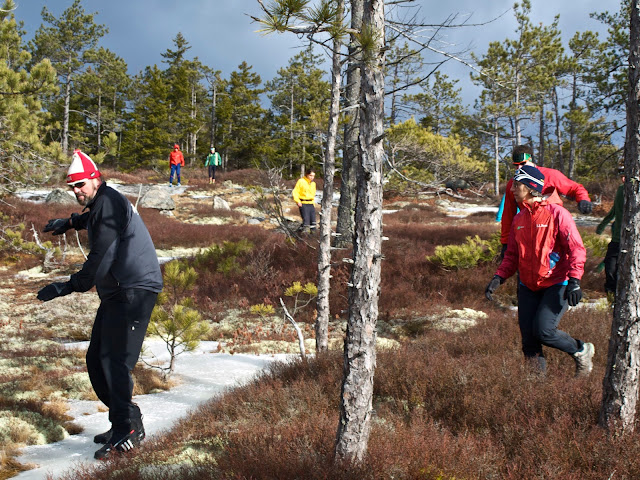 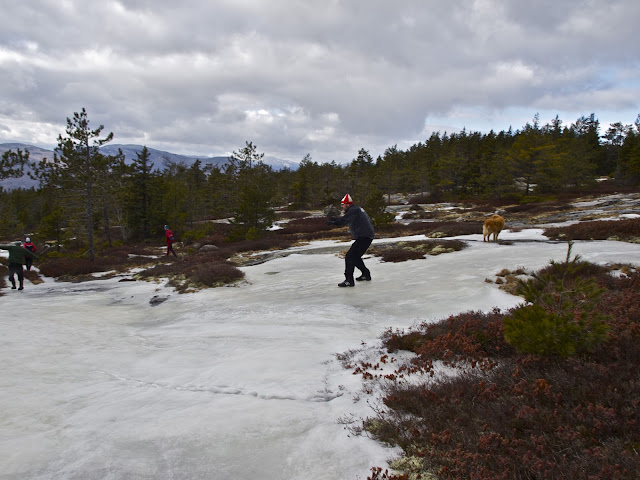 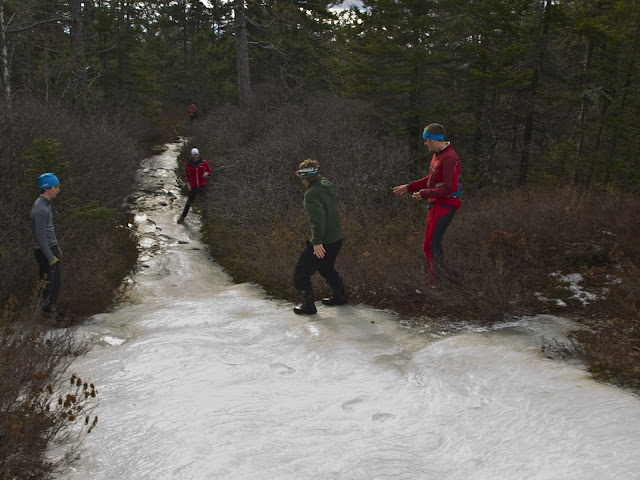 Justin pretended he was on a kayak, and ran the “falls” to the delight of the onlookers. 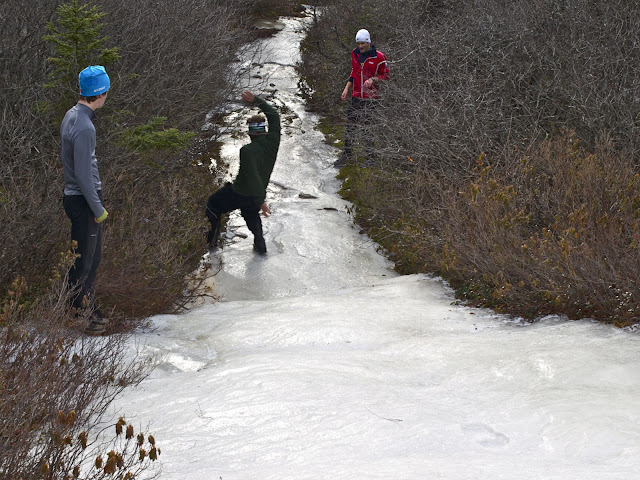 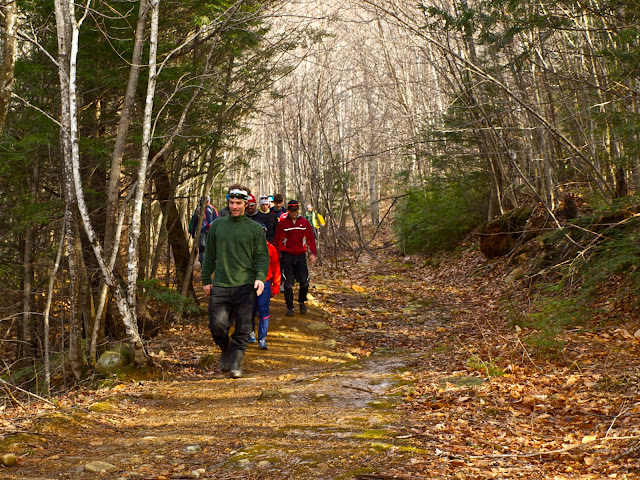 It was a different climate down below: warm and soft conditions greeted us in the lower sections, but it is supposed to freeze hard tonight. Should be fast racing tomorrow! Stay tuned.