A commenter on Monday’s post noted that there are some folks fairly close behind Kershaw in the WC overall, so he has more to worry about than just catching Petter Northug. In particular, Marcus Hellner is only 57 points back, while Alexander Legkov is fully 168 points back. Hellner is obviously the more immediate concern, but you can’t really count out Legkov. Then you have Maxim Vylegzhanin 270 back.

I’m going to approach this a bit differently than my last post. Starting with the schedule, we see that the end of the season is pretty heavily weighted towards classic skiing all around. We have 6 classic events, 2 (and a half) freestyle events and the pursuit. (The ‘half’ is the last stage of the World Cup Final, which apparently doesn’t count for WC points itself, but does contribute to the overall stage results.)

The good news for Kershaw is that he has tended to fare better against these guys in classic distance races, as compared to freestyle distance races: 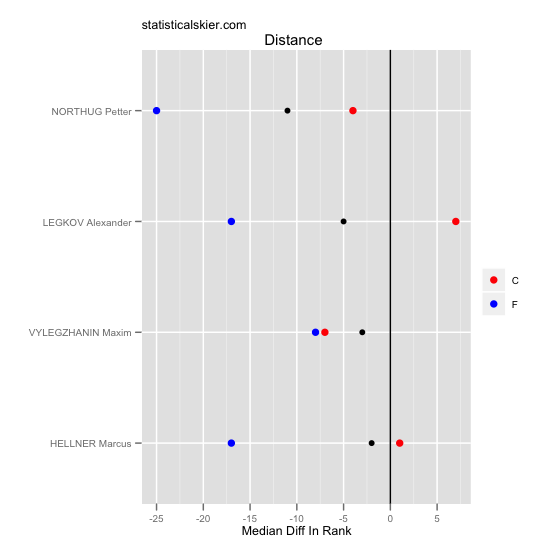 Positive values here are better for Kershaw. So not only does he tend to do better against these four guys in classic races, the difference swings the most in his favor (although just barely in his favor) against Hellner and Legkov, his closest competitors.

On the other hand, basically the reverse is true for sprinting: 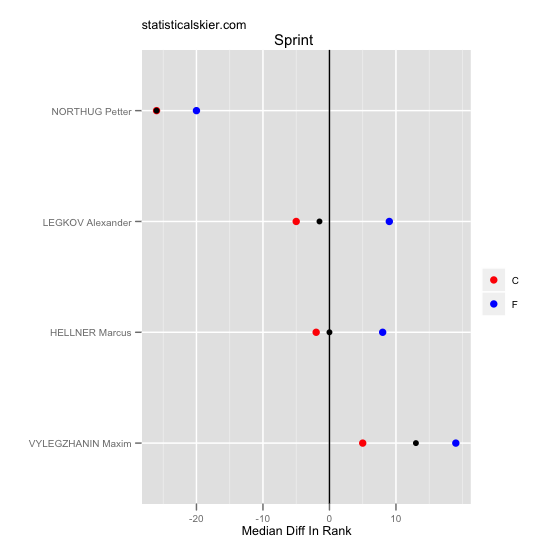 While Kershaw has in generally been fairly even with both Legkov and Hellner in sprints, he’s actually done better against them in freestyle sprints.

The final aspect of this question I’ll consider is how skiers tend to fare late in the season. This is something that Kershaw has struggled with, particularly last season. All the news reports seem to suggest he’s feeling great, so I’m hopeful he’s kicked that habit, but what about his competitors? How have they fared? 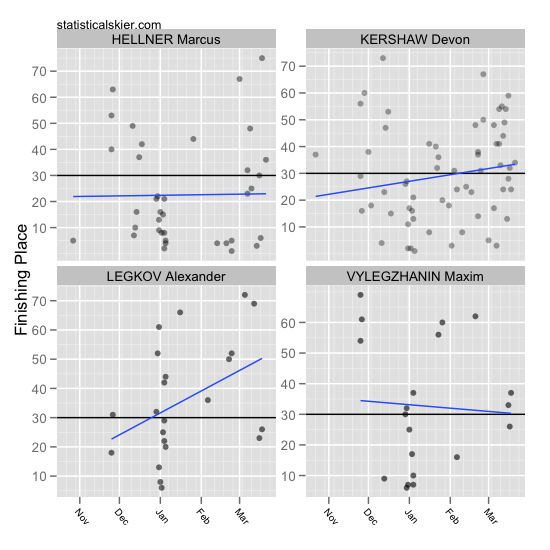 This might be a potential weak spot for Legkov, but not the others. As for distance events: 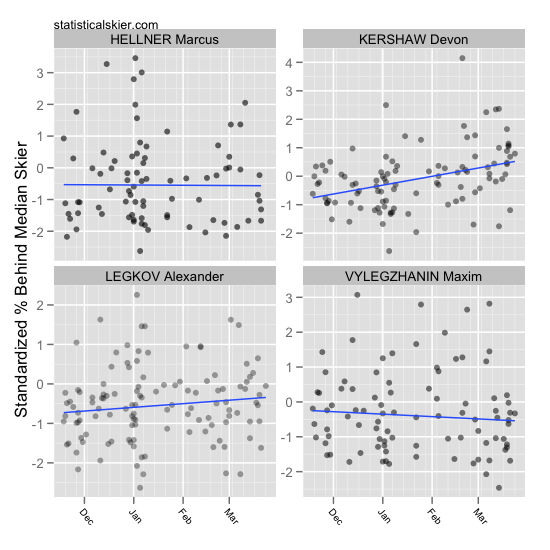 Only a very slight glimpse of a weakness for Legkov here.

So for holding off Hellner? It’s a mixed bag, but my hunch is that he’s more likely to hold off Hellner than he is to catch Northug.

Hitting the trails in the Middle east