FasterSkierFebruary 29, 2012
Last night the GMVS crew flew out to Utah to get ready for Junior Nationals in Soldier Hollow, Utah. It was a special year for us because all of our skiers qualified for the event.  We’ll miss Heidi who is racing in the next few weeks in Norway and Ryley who has moved out to Bozeman to live with his brother and explore the Bridger Mountains. 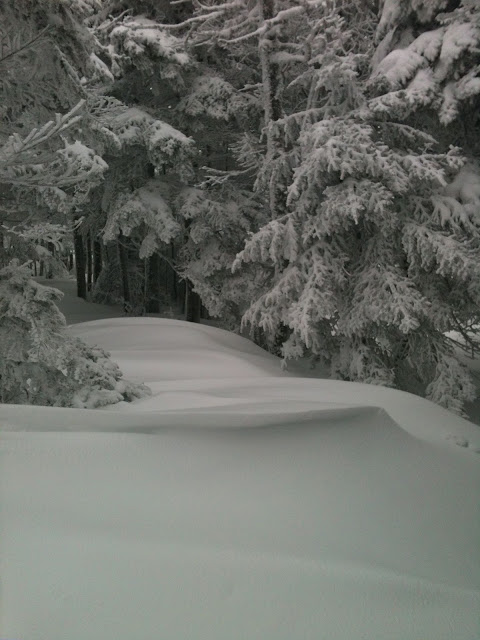 Before I get into Utah I have to show off the awesome snow we are getting back home — after a “winter without snowbanks” — it is refreshing to see the season take hold.  Last Saturday I ventured up on the Long Trail and the ridge to explore some new terrain and see what the snowpack was like atop the Greens.  We were greeted with drifting snow that was over wait deep in many places and after several attempts we found some amazing open, deep and untouched snow to descend back into the valley. 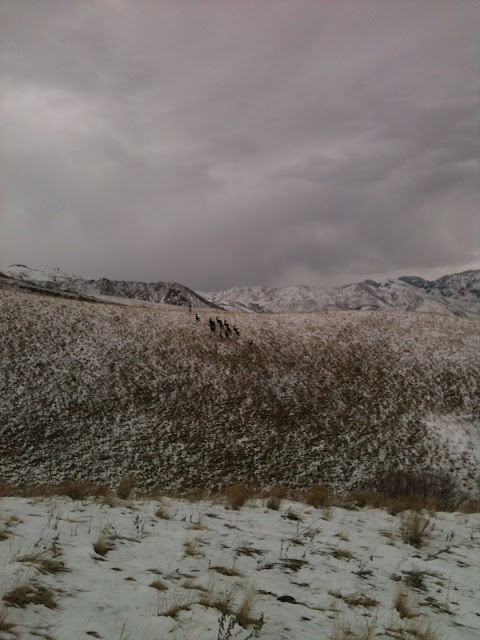 So Utah … the goal of getting out here early is mainly to acclimate to the altitude and spread out travel from the competition which begins next week.  Another goal is to expose the kids to a new landscape and learn a little bit about a new part of the world.  Salt Lake City is a unique place because of its large population and close proximity to the Wasatch Mountains.  You literally drive to the edge of the city and are in the foothills of large mountains that rise to steeply to inhabit.  It’s quite an ecotone — pavement to grassland.  The steep foothills offer a great vista over the city and the Great Salt Lake.  As I snuck among the ridges and reflected upon past trips to this area I spooked a nice little herd of mule deer grazing quite close to the University of Utah “U.” 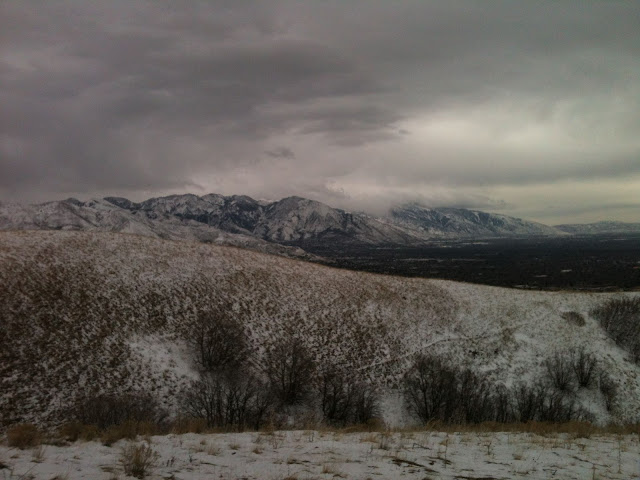 Looking south towards the Cottonwood Canyons, human and animal trails traverse the steep slopes of the foothills and beckon you to keep exploring around the next bend.  The City in the valley below presses right up to the mountains and leaves little land undeveloped. 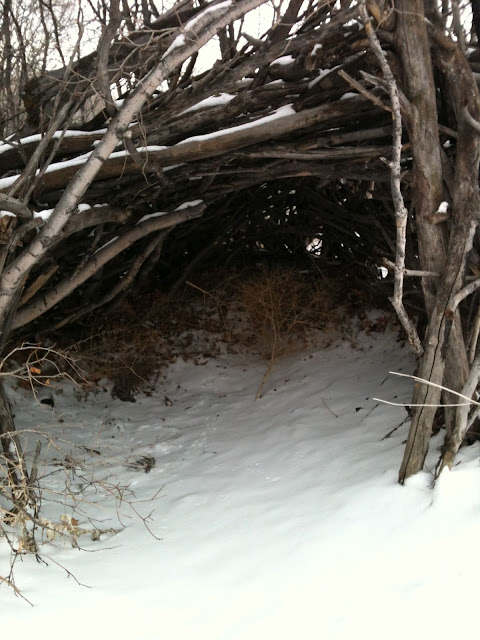 At the base of one of the canyons I found a small structure that was hidden in a grove of trees — its sturdy design seemed to lend to something between a child’s fort and a shelter for a hobo looking for refuge in the hills.
Evan’s not with us on this trip so I thought I would send some geology back home for him — this particular area we explored is named Limekiln Gulch after a historic limekiln that has been preserved by the University.  Limekilns are essentially large fireplaces that heat Limestone to remove water and carbon dioxide in order to make lime — a key ingredient for cement — which was used in the construction of the city itself. 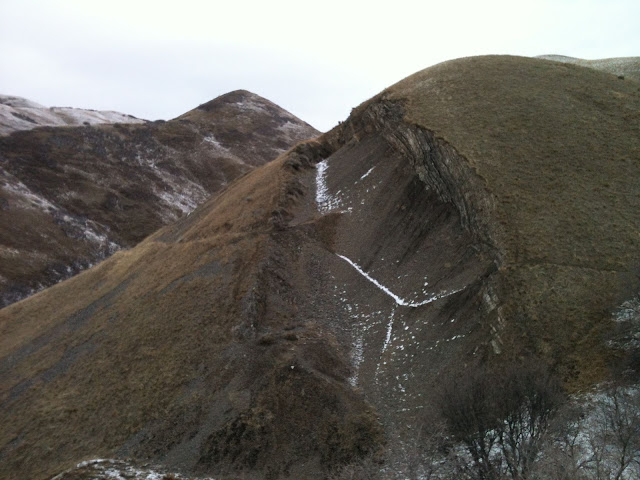 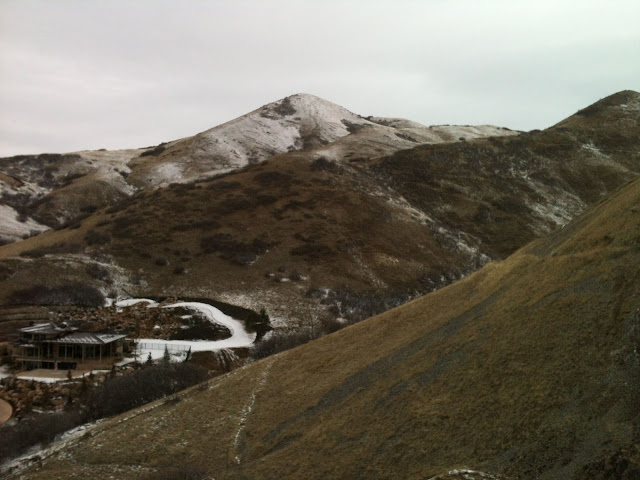 Looking down to one of the Bonneville trailheads you can see how far man has pushed into the hills.  The limekiln is just out of sight to the right of the picture. 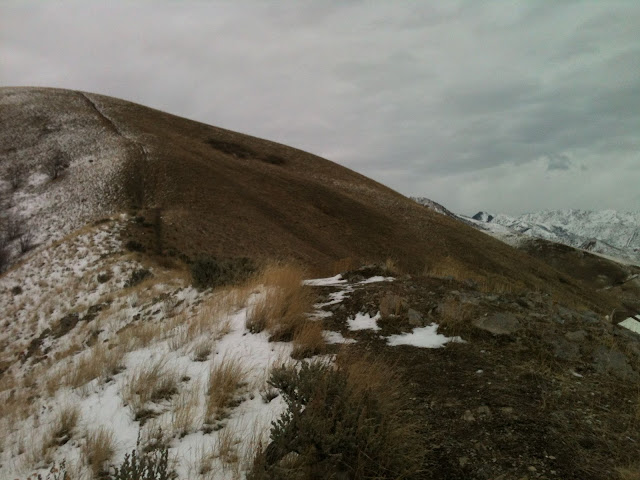 Looking up the ridge towards the Wasatch hidden in the clouds. 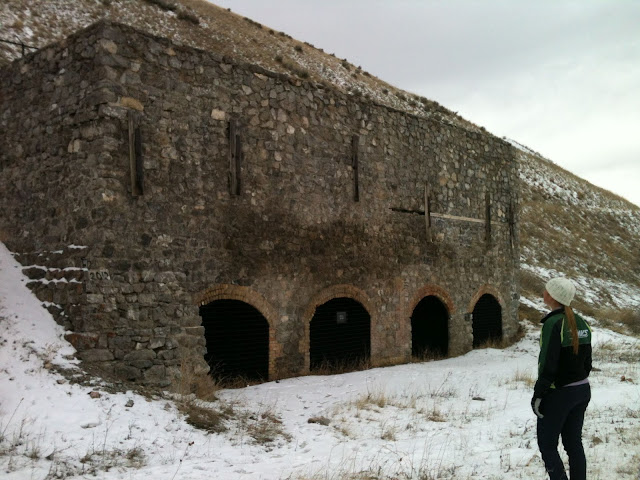 Kaitlin takes in a bit of history. 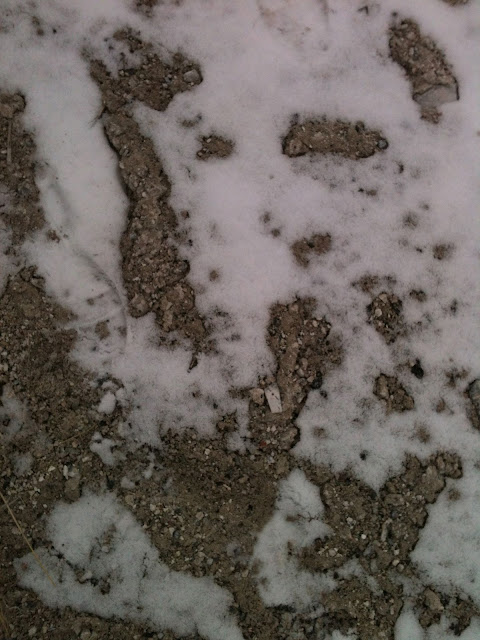 A steep trail descending from the limekiln is littered with lime rich debris. 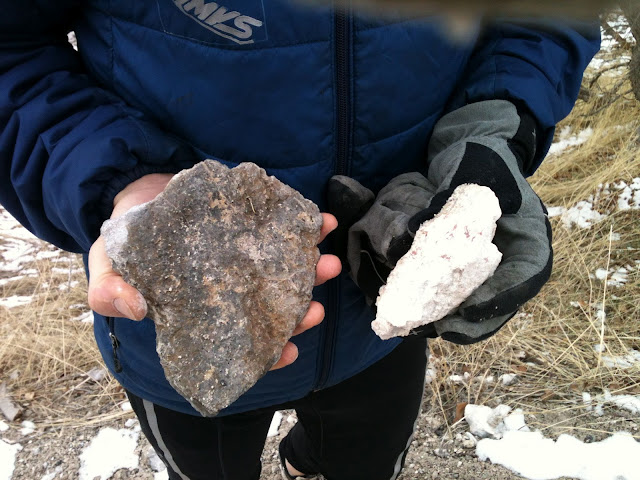 Here is my best guess at the before and after product of the limekiln process.  The limestone on the left  is turned into a chalky version of itself after intense heating, right.  A neat piece of history, the original block “U”, was made from debris from this kiln much like what I am holding in my hand.
How’d I do Evan? 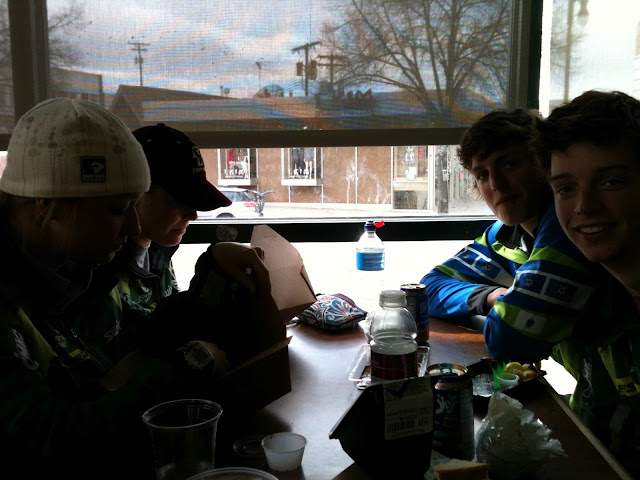 The gang getting a healthy post workout meal at Wholefoods.  MK, Kaitlin, Kaitlin Fink (joining us from Burke), Hans and Devlin are all new to the area and were psyched to get the lay of the land from above.  We had our last hard interval session in Vermont yesterday and they are napping as we speak — getting great prep for the races.  Tomorrow we are going to meet up with Matt Johnson and his TUNA group to do a workout.  Then we head up to Heber.
Stay posted it’s going to be a great week!

After Top-Ten Pursuit Results at World Juniors, Canadian Biathletes are Satisfied - And Also Hungry for More