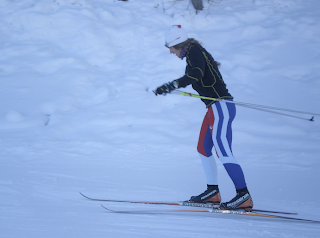 Estonia has been quite theadventure! We got to go sledding Friday night on a very steep, but fun hill.  Everyone had a blast and is loving Estonia  We went skiing in Otepaa forthe last time Saturday morning before heading out to Mammaste where the ScandoCup races will be held. It was a very cold ski in the morning, but conditionswere still spectacular. After lunch we headed to Mammaste which was quite theadventure (we got lost our fair share of times). In the afternoon, we checkedout the new trails that we will soon be racing on. The skiing was good, andvery fast but the snow was a little bit thin in spots. 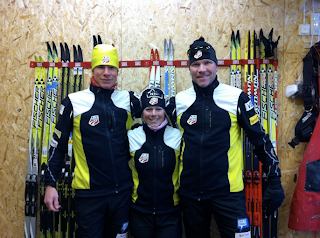 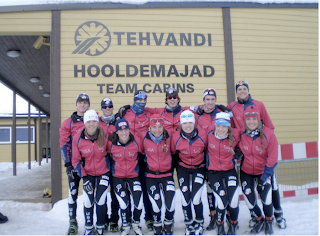 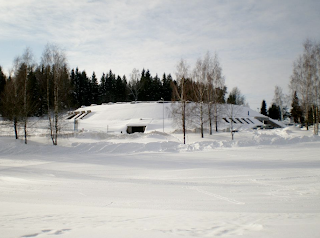 Our hotel in Oteppa – don’t you think it resembles a bomb shelter? 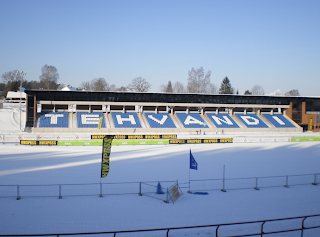 The Tehvandi Stadium. World Cup races are held in this very stadium. 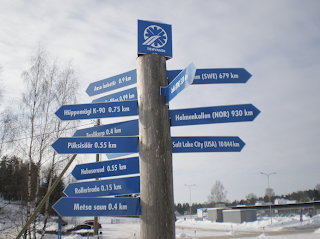 This sign shows how far each of these major cities are from Otepaa. 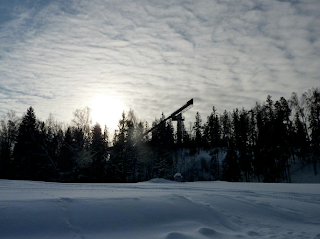 The ski jump in Otepaa.
The Tartu Marathon, Estonia’s largest ski marathon, was held Sunday morning. It was a spectacle to see with somewhere around 6,000 skiers total in the event. One of our coaches, Adam St. Pierre, competed in the race so we spent the morning driving all across Estonia following the 63 kilometer course. We were the support crew for Adam and a very fast Estonian skier. It was amazing to see how fast the fastest skiers skied for that long. In the afternoon we went for an easy classic ski on our new race courses. 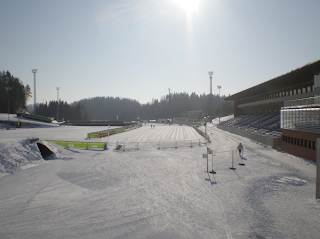 The stadium set up for the Tartu Marathon. There were 18 tracks total. You may recognize that hill on the left from the sprint races in Otepaa. They race right over it! 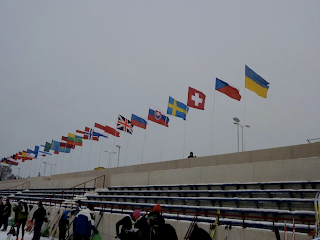 The flags in the stadium right before the marathon. 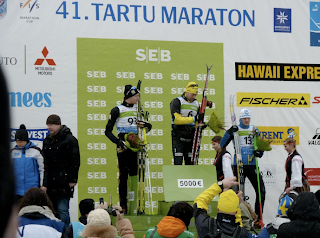 The winners of the Tartu Marathon.
It warmed up and snowed quite a bit Monday making for some squirrelly snow and tough kick waxing conditions. There were quite a few falls on the tight downhill corners of the race course. Luckily the snow was soft. It was still a fun ski, and the snow is clean and ready for some racers! 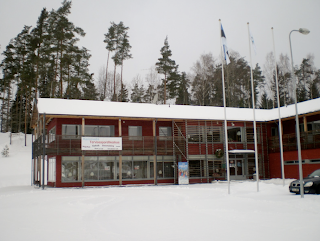 The main lodge in Mammaste. 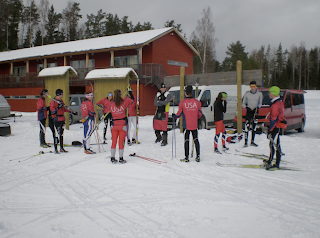 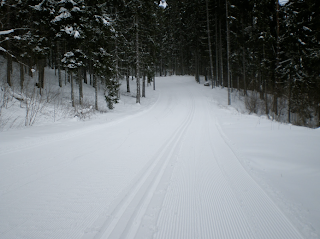 Freshly groomed tracks on thetrails in Mammaste.
Tuesday was an interval/speedday with Simi Hamilton. The skate sprint course for the girls is very short;only one kilometer. It takes about two minutes on slow skis and slow snow, soit will be a very fast course on Friday. There aren’t any pictures from todaybecause it was snowing too hard.
You can also follow the USA J1 Trip on Facebook.

Intervals and BOWL OFF!