FasterSkierFebruary 7, 2012
Last weekend Rochester hosted the first and last Junior National Qualifying Races of the year. Unfortunately due to the lack of snowfall the first 5 qualifiers had to be canceled leaving only the Rochester race remaining. In an effort to do the best with what they had the Mid-Atlantic Committee added a race on to the scheduled classic race and a SUPER Qualifier was created ! ! 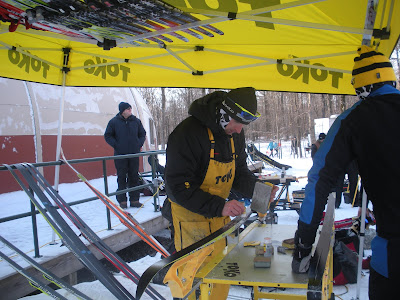 (Getting the classic boards ready to rock, with all of the R.N.R’ ers racing it was a good tune up for JN’s)
Historically the Rochester is the most poorly attended races due to it being the last race and also due to the fact that Rochester is a hike for those in the North and Eastern part of the state. This year however if you wanted to go to Utah you were going to have to go to Rochester !
Unfortunately like most of the state Rochester was lacking in natural snowfall, however unlike most of the state we have a Nordic center with a 1k man-made loop. This loop sits atop the Bristol Mnt Alpine area and without it I think we would be up a creek ! 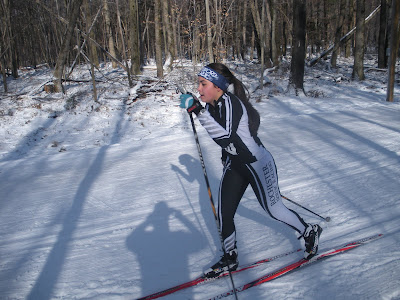 (Katie)
Saturday’s race was also a section 5 high-school race so the loop was busy with over 100 athletes getting dizzy with the boys doing 8 laps and the girls doing 6 laps. 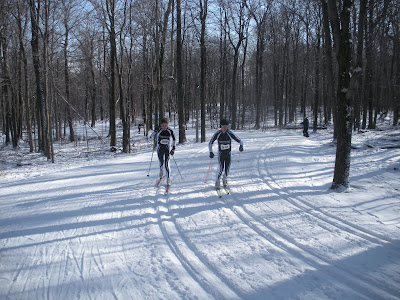 (Margot and Tommy out on course)
Sundays race was not a high school race but provided plenty of competition as section 5 is one of the most competitive areas within NY State and most of the top athletes came out to race, as well as some senior and masters racers.
As this was our home course we were not taking any prisoners ! We wanted to let people know this is out turf and we were going to put up a fight to qualify as many athletes as possible to this years team ! It has been a focus since June 1st for most of these athletes and they had one weekend to show what they were made of and they DID !
It was awesome to see the results that everyone was able to achieve and also that all of the hard work had paid off ! 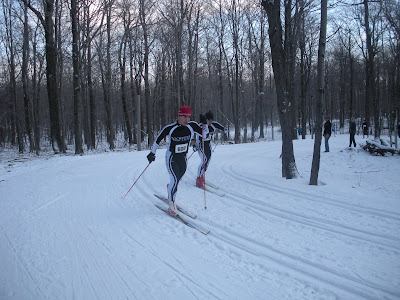 (Mike and Chad)
The entire weekend the J2 boys led the way going 1,2,3 each day with Petter and Tommy each taking a win Conner ended up 3rd each day to complete the R.N.R J2 podium sweep !
The J1 boys also represented the top step of the podium both days with Langton winning the skate race just getting the best of Eric who finished 2nd. On Sunday Eric left nothing to doubt by winning the classic race by over 1 min. 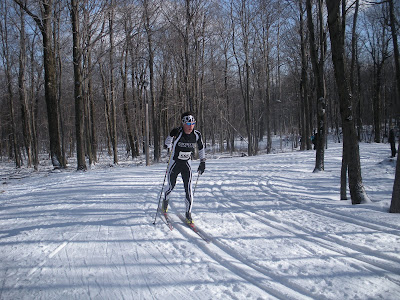 (Eric striding his was to the overall victory)
Not to be outdone Alyssa and Margot went 1,2 in the J1 girls race on Saturday. On Sunday Alyssa finished 2nd with Hanna in 3rd !
Over all the weekend went incredible well and we were able to qualify 14 athletes and 1 coach (Steve Mangan) who is still an OJ skiing for Dartmouth and auto qualifying to the Junior National Team ! !
all I can say is YEAH BUDDY ! ! ! ! !
Here is a link to the team naming and results
https://sites.google.com/site/midaxc/home/announcements/2012mid-ajuniornationalteamnamingandpoints